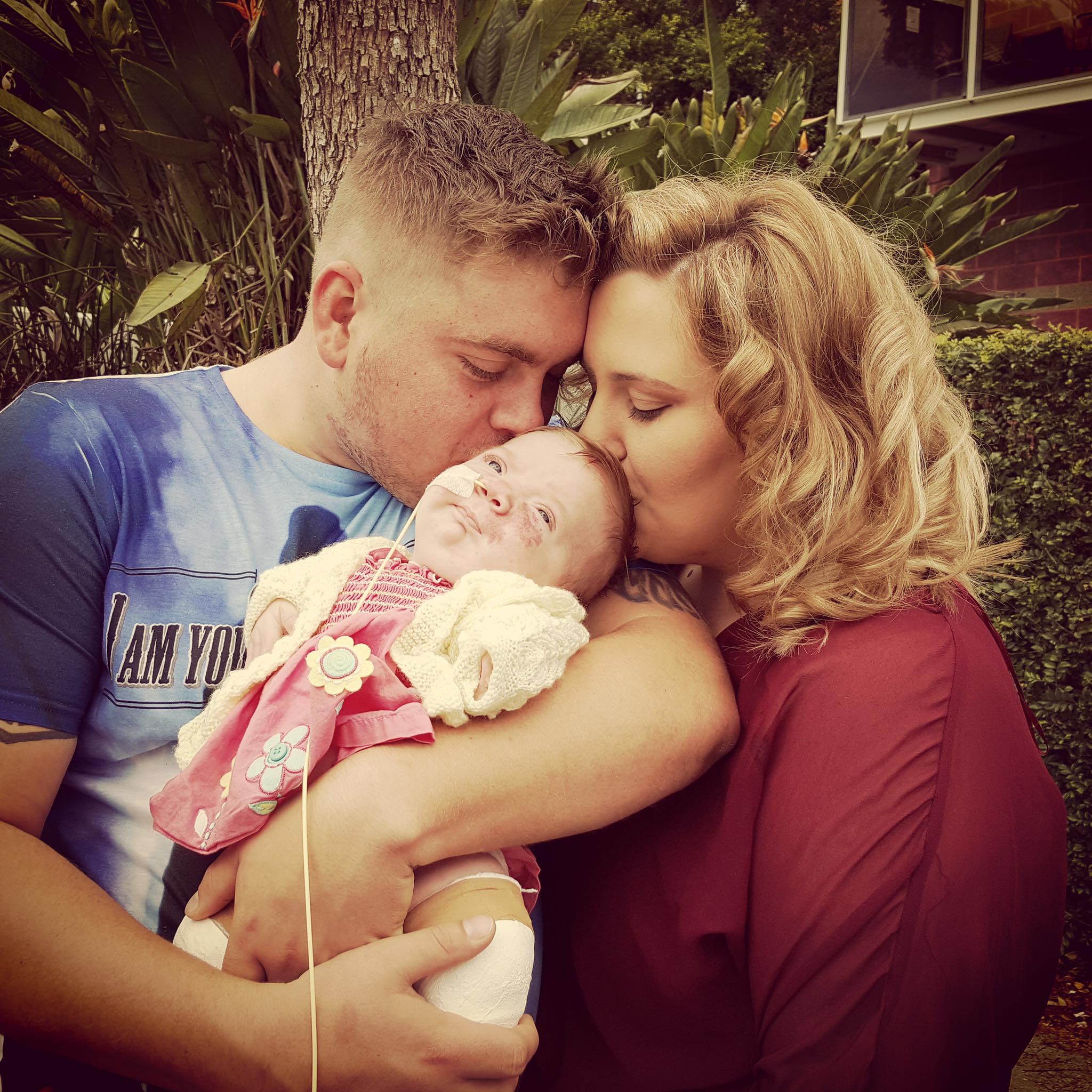 During a routine ultrasound, Australian couple Jakob Lang and Jaime Jenkins were shocked to learn that their preborn daughter was not growing properly. Advised to abort their baby, even as far along as 34 weeks gestation, Lang and Jenkins refused and were told to prepare for their baby not to live long after her birth.

But now, that little girl has celebrated her second birthday. 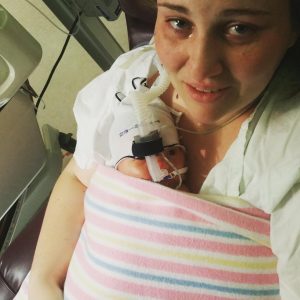 Helena and her mom shortly after birth.

“I thought it was something I must have done but as the weeks passed, we were faced with even more devastating news,” said Jenkins. “Helena didn’t have any lung tissue in her lungs and at 34 weeks I was advised to terminate. I could feel her kicking and we’d already named her; there was no way I couldn’t give her a chance at life.”

Nicknamed “Thumbhelena,” Helena Lang came into the world a fighter, dying three times while in the neonatal intensive care unit. She was diagnosed with diastrophic dysplasia dwarfism, a rare, genetic form of dwarfism. Each of her parents carries a gene for the condition, giving them a 25% chance of any of their children being born with dwarfism.

“We all said our final goodbyes and waited for the dreaded call that she had gone, but she refused to give in and has since gone from strength to strength; she really is a little fighter,” said Jenkins.

Helena was in the NICU for three months before she was finally able to go home with her parents. She continued to visit the hospital each month for checkups, dealing with a cleft palate, scoliosis, and more. Eventually, it was revealed that while her organs were growing at a normal rate, her body was not growing enough to accommodate them. Her heart and major vessels were strangling her airway, further complicated by scoliosis compressing on her back. Doctors in Australia had run out of ways to help her. That’s when her parents turned to doctors in the United States who specialize in diastrophic dysplasia, and in October 2016, the family of three traveled to the state of Delaware to see if Helena needed surgery to relocate blood vessels and arteries and attach the heart to the breastbone so that as she grows, her heart will grow away from her airway.

While in the United States, Helena saw multiple specialists who determined she has moderate to severe diastrophic dysplasia but were pleased with her progress. More abnormalities were discovered in her lungs and airways, however, doctors decided she didn’t need major surgery to move the blood vessels for the time being. In addition, her parents learned there is a method of casting that could help Helena’s spine. Surgery for Mehta casting has been scheduled at home in Australia along with cleft palate repair surgery.

After returning to Australia, Helena was hospitalized with febrile convulsions and respiratory distress. She was treated for ten days before being released only to be hospitalized again less than two weeks later with croup. In January 2017 she received a hearing aid and started play school. On July 15, 2017, Helena celebrated her second birthday.

“What a journey we have been through the ups and downs and love from everyone,” her parents wrote on her Facebook page. “This time 2 years ago we didn’t know what we would experience and we were being told by doctors she wouldn’t survive the night and to get the family in to say goodbye. Yet here we are 2 years down and plenty more to go although she has a lot of surgery’s [sic] coming up Helena always keeps her smile strong.”

Throughout all of her medical scares, Helena has brought joy to her world and she loves the same things other little girls love – playing, chocolate, and dressing in pretty outfits. Her mother shares adorable photos of Helena on Instagram and Helena has even modeled for some Australian handmade clothing companies.

Wearing a skirt with the same name as my Nanny, Katrina ❤️ by @handmadewithlove4kids

“Dealing with Helena’s diagnosis has been heart breaking, but dressing her up in beautiful dresses gives us a sense of normality away from all her medical appointments and visible differences,” said Lang. The parents hope to raise awareness for diastrophic dysplasia through social media.

Helena has a lot of surgeries on her schedule and won’t grow more than a few feet tall, but her personality is bigger than life and she is always trying to make people laugh.

“Helena has already amazed us in so many ways. She’s a real little miracle,” said Jenkins, “and I hope our story helps other parents who are facing the same situation.”