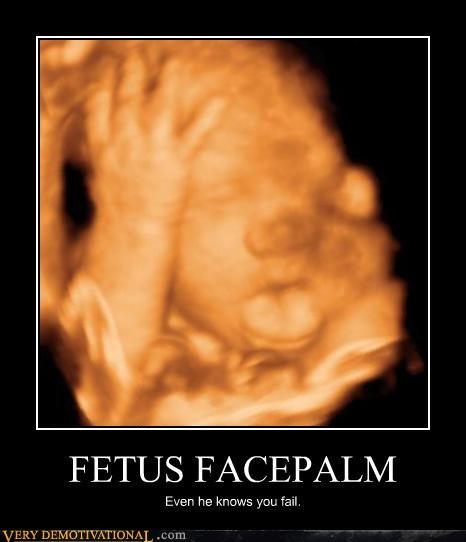 The past year has basically been a nonstop deluge of false accusations that pro-lifers and social conservatives have a secret agenda to impose their sexual beliefs on the rest of the country, so one would expect our spokesmen to take special care in counteracting that narrative. Frustratingly, a few haven’t gotten the memo.

The Court decided that single people had the right to contraceptives. What’s that got to do with marriage? Well, everything, because what the Supreme Court essentially said is, single people have the right to engage in sexual intercourse. Well, societies have always [inaudible] that. There were laws against it. Now, sure, single people are inclined to push the fences and jump over them, particularly if they’re in love with each other and going on to marriage, but they always knew they were doing wrong.

In this case, the Supreme Court said, take those fences away, they can do whatever they like, and they didn’t address at all what status children had, what status the commons had, the commons, I mean the rest of the United States, have they got any standing in this case? They just said no, singles have the right to contraceptives, which means singles have the right to sex outside of marriage. Brushing aside millennia, thousands of years of wisdom, tradition, culture, and setting in motion what we have.

It’s not the contraception, that’s—everybody thinks this is about contraception. What this Court case said was, young people had the right to engage in sex outside of marriage. Society never gave young people that right. Functioning societies don’t do that. They stop it. They punish it. They corral people, they shame them, they do whatever. The institution for the expression of sexuality is marriage. And all societies always sheparded young people there. What the Supreme Court said was, forget that sheparding, you can’t block that, that’s not to be done.

FRC has since told Live Action that they do not favor criminalizing extramarital sex and that Fagan did not intend to leave that impression. At their website, Fagan elaborates on his comments, “totally reject[ing] such an approach” as “some kind of legal punishment for the use of contraception.” Instead, he says, his point was that the Supreme Court rulings he cited “used the issue of contraception to launch a radical attack on marriage by legally endorsing sex outside of marriage between single people”:

Today, 41 years into this regime, the U.S. is now a highly sexually dysfunctional society: out of wedlock births stand at 42 percent per year, abortions around 30 percent per year, while only 45 percent of our children reach young adulthood having grown up with their biological parents together at home; for the other 55 percent, their parents have rejected each other. We are a society deep in sexual and gender alienation and chaos. It is our children who are taking the punishment.

I wholeheartedly support his position as clarified online, and I’ll be the first to endorse the principle of sex within marriage, fight for its importance to society, and vigorously oppose anyone calling on our side to abandon it in the vain hopes of winning a few PR points. We should insist on such societal standards by teaching them in our public schools and private churches, arguing for them in the court of public opinion, promoting them in our media and local communities, and ensuring that our laws don’t create disincentives for marriage.

(It’s also worth noting that concern over minors being able to legally consent to sex in their mid-teens rather than upon reaching adulthood is entirely reasonable, considering that teenagers typically lack the judgment, maturity, and perspective necessary to make a whole range of adult decisions responsibly. A quick search for polling on the subject came up mostly empty, but in 2005 Gallup conducted a survey in which even among teenagers, 67% said people weren’t responsible enough for sexual activity until age 18 or older.)

However, while liberals will distort whatever they can get their hands on, in this case I believe Fagan’s original radio remarks lent themselves to the troubling perception. They were framed around marriage as the proper setting “for the expression of sexuality,” and the problem of people being sexually active outside it. He first objects that societies have always had “laws against it,” then suggestion that “functioning societies […] stop it. They punish it.”

This would be destructive on multiple levels. Opening the door to criminalizing extramarital sex – fining or imprisoning unmarried adults for their private, consensual behavior – does away with the principle of a limited government empowered specifically to safeguard natural rights, replacing it with a more open-ended authority to use the state to impose the moral standards of those in power – in other words, exactly what our enemies always claim is the real secret agenda behind opposition to abortion.

Note well that not only does this run counter to America’s limited-government principles, but it’s even on shaky theological footing, too. No less a biblical authority than St. Thomas Aquinas wrote:

Now human law is framed for a number of human beings, the majority of whom are not perfect in virtue. Wherefore human laws do not forbid all vices, from which the virtuous abstain, but only the more grievous vices, from which it is possible for the majority to abstain; and chiefly those that are to the hurt of others, without the prohibition of which human society could not be maintained: thus human law prohibits murder, theft and such like.

God’s purview and Caesar’s are not identical, and while divine wisdom should guide us on the natural law’s most fundamental questions, matters that primarily concern one’s spiritual health and personal relationship to God should be left to God to enforce.

Lastly, coercing private action in the name of “the commons” opens the door to the very cultural faction he opposes. Without a firm natural-rights foundation and clear distinctions between private and non-private actions as the basis for our principles, then the reason for opposing compulsory contraception insurance fades away, too. Instead of defending a consistent standard of freedom from government control in our personal affairs against the contras’ desire for domination, it would merely be a clash of the values the left wants government to impose vs. the ones the right prefers. Though we wouldn’t lose all of the moral high ground in that struggle, we’d lose a lot of it. Similarly, while abortion would always be a far, far worse form of coercive force than punishing sex, the difference between each side’s goals would become one of degree, not kind.

Criminalizing extramarital sex isn’t a goal of the average conservative or Christian. Thankfully, the Family Research Council and Pat Fagan clarified, but even so, it’s always the original offense that gets the most attention. Fagan’s original words will be used against earnest advocates of the right to life, conscience rights, abstinence education, and other socially conservative causes – that is, against the millions of Americans working to champion the values they believe society needs without an interest in controlling anybody. It’s the twenty-first century, and the media has the long knives out for us. We can’t afford rhetorical recklessness.