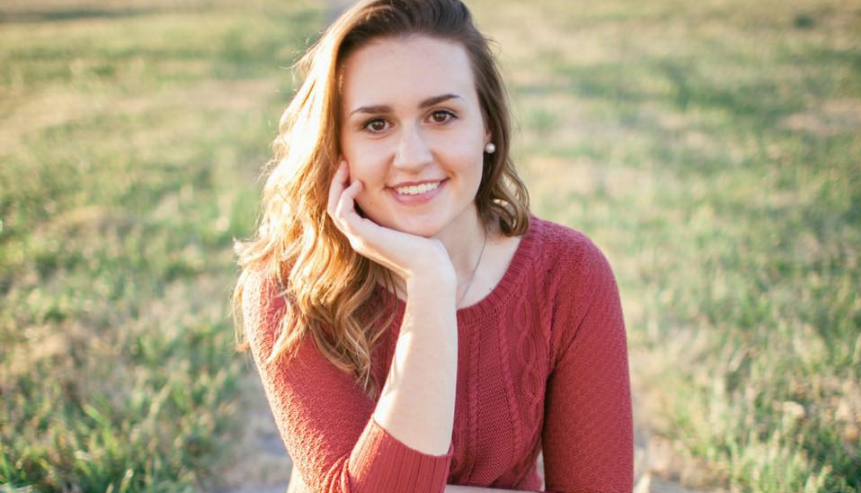 Maddi Runkles, a 4.0 student at a private Christian school, Heritage Academy, in Hagerstown, Maryland, was featured in a New York Times story on May 20 after she was told she could not walk at graduation with her class because she is pregnant. Because it is a Christian school and sex outside of marriage is against the school’s code, the school decided that although Maddi could finish her senior year, she could not walk with her classmates in graduation.

Maddi, who chose to publicly come clean, ask for forgiveness, and face the consequences of her actions, committed to raise her son instead of secretly killing him so she could “go on with her life and finish her education” as the abortion industry says women should do. Maddi chose life and was shamed instead of honored. Her story makes it clear that young women (and men) need support and encouragement to reject the damaging options Planned Parenthood and the abortion industry throw out to them in their moments of loneliness and need. For Christians and others who focus on morality, it is possible to celebrate, encourage, and focus on a right choice — life — even when it comes after a wrong decision. There are a few things I want to say to this courageous young lady.

I read with sadness the article about you last weekend. As a fellow Christian and a pro-lifer, I want to tell you how much I admire you. It must have been very difficult to stand before your parents and school and admit you were pregnant in your senior year at a Christian high school. But you did it. I carefully read what you said:

My heart went out to you. What more could anyone do? Jesus himself said, “Let he who is without sin cast the first stone.” And yet you have been hit with stones. I’m sorry. My heart ached when I read your comment at the end of the story:

Some pro-life people are against the killing of unborn babies, but they won’t speak out in support of the girl who chooses to keep her baby. Honestly, that makes me feel like maybe the abortion would have been better. Then they would have just forgiven me, rather than deal with this visible consequence.

I want you to know a few things:

First, abortion would not have been better. A tender-hearted person like yourself, who chose to face the consequences of sin and ask for forgiveness and help would have lived with so much torture and grief had you aborted. I think you know that: that’s part of the reason you chose life for your son. You knew what abortion would do to his little body, too.

Abortion is never a better option; you were wise enough to know that in time.

Second, many pro-life people will speak out in support of you, though I’m sorry that wasn’t what you saw at your school. While sex outside of marriage is considered a sin in the Christian faith, we also recognize something else the Bible makes clear: “If we confess our sins, He is faithful and righteous to forgive us our sins and to cleanse us from all unrighteousness” (I John 1:9). You did that. Before God, you are without sin. Christ has covered this, too.

And most importantly, Maddi, we recognize that your baby is not a sin and neither is your pregnant body. Your baby boy is a unique human being who God knew before he even entered your womb. You have chosen life in a culture that glorifies death as “reproductive freedom.” You live in Maryland, where abortion is legal, basically, up until birth. In your state, where viable babies’ skulls are crushed in order to provide a woman with some false “freedom,” you realized the truth and selflessly decided that your life would change its direction because another life was now in play.

By the way, I also admire your parents. There are dads on school boards who care more about their pride and reputation, who would hand their daughter money for an abortion and not go to the board in the upfront way yours did. There are parents who would disown a daughter for being unexpectedly pregnant with their grandson, who would call it “ruining her life.” Not yours. Yours lived their Christian faith and walked in truth, faced the consequences, and embraced their grandchild and you, their beloved daughter.

Speaking of embracing, I loved when I read how you were “trying to start a chapter of Embrace Grace, an organization that works with churches to help single pregnant women.” I wonder how many lives you will help save by doing this. Isn’t it just like God to use a situation that could have been negative, not only to help you, but also to save the lives of other babies and of their mothers who don’t know where to turn?

You are a courageous young lady, Maddi.

You didn’t take what looked like the easy way out. I wish I could come to the private graduation ceremony that your parents are giving you after you are forced to sit out of the school ceremony. We all have sinned, some in obvious ways, some in not so obvious, but not all of us dare face the truth so boldly. The Times story says you consider yourself “a practicing born-again Christian.” Indeed, your actions are proof of your practice. It is my firm belief that God honors your heart in the same way he called King David “a man after my own heart” (Acts 13:22) despite his lying, murder, and adultery. It is not our errors that define us, but how we deal with them. Christ does not see your sin when he sees you; He sees the beautiful, worthy child of God he created you to be. You, young woman of God, have shown a maturity far beyond your years.

Someday your son will tell you this, but for now I will: Thank you for choosing life. When you “asked for forgiveness…for help,” you showed that your faith in God outweighed your pride and self-preservation, and you showed that you truly understand what it means to be pro-life and to practice the selfless love of Christ, preferring your son over your own plans. You’ve shown the wisdom that knows a child is not a life-ender — a life-changer, maybe, but not a life-ender. You still have a wonderful life full of joy and success ahead. And you have chosen to experience it while your son has a life, too. You have chosen to show him what a strong woman is really like.

Maddi, I pray that your school administration and your classmates will see the truth as well — perhaps in time for graduation, and perhaps not. Sometimes, the way we get ourselves into a life situation isn’t the ideal or the right way, but, truly, “God causes all things to work together for good to those who love God, to those who are called according to His purpose” (Romans 8:28). You have chosen life and embraced grace, and I know I speak for multitudes of pro-lifers when I say you absolutely made the right decision.

Your sister in Christ,