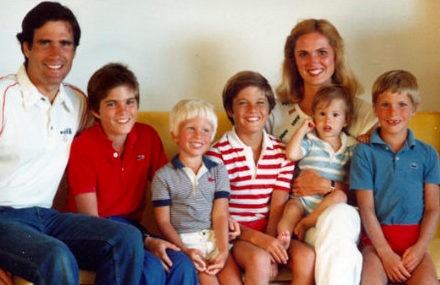 A Photo of the Romney Family’s Early Years

The exit of Rick Santorum from the campaign earlier this week all but assures that Mitt Romney will be the Republican nominee for president in November.

Over on the Democratic side, President Obama’s record on and advocacy on behalf of abortion is well-known at this point, as is his support for Planned Parenthood.

Therefore, it should come as no surprise that major national pro-life groups are coming out in support of Mitt Romney for president:

A national pro-life women’s group has issued an endorsement for Mitt Romney now that his leading opponent, Rick Santorum, has dropped out of the race for the Republican nomination.

The Susan B. Anthony List, which endorsed Santorum and campaigned feverishly on his behalf by taking a campaign tour bus across the country, is now supporting the former Massachusetts governor for the GOP nomination to take on pro-abortion President Barack Obama. [Life News]

Another major national pro-life organization is jumping on board as well:

Determined to secure a pro-life victory in the November election, which will decide the fate of unborn children for decades to come, the National Right to Life Committee [NRLC] announced today that it has endorsed Republican candidate Mitt Romney for president. [Life News]

The Mitt Romney for President campaign has already released a statement thanking the NRLC for their endorsement:

The National Right to Life Committee has been on the front lines of the fight to protect the unborn and uphold the sanctity of life. I appreciate their leadership and the tireless commitment of their nationwide grassroots pro-life effort. I am grateful for their support and honored by the trust they have placed in me. And I look forward to working together to carry out the great responsibility of defending and protecting innocent human life. [Ohio Right to Life on Facebook]

I realize that some people have expressed doubts about the authenticity of Mitt Romney’s pro-life convictions, but, speaking personally, I believe him. [Update: as does the Massachusetts Citizens for Life PAC, which also just endorsed Romney.] I do think he means what he says when he talks about ending all funding to Planned Parenthood and about his intention to be a strong pro-life president, as well as his promise to nominate pro-life nominees for the Supreme Court.

What I would like to see in the comments thread is a discussion about what role our pro-life values play in our decision about whom to support for president. Are the right to life and dignity of the unborn the most important things we think about when choosing whom to support, or are there other factors we feel are important as well?

It’s an important conversation that we should begin having as soon as possible.