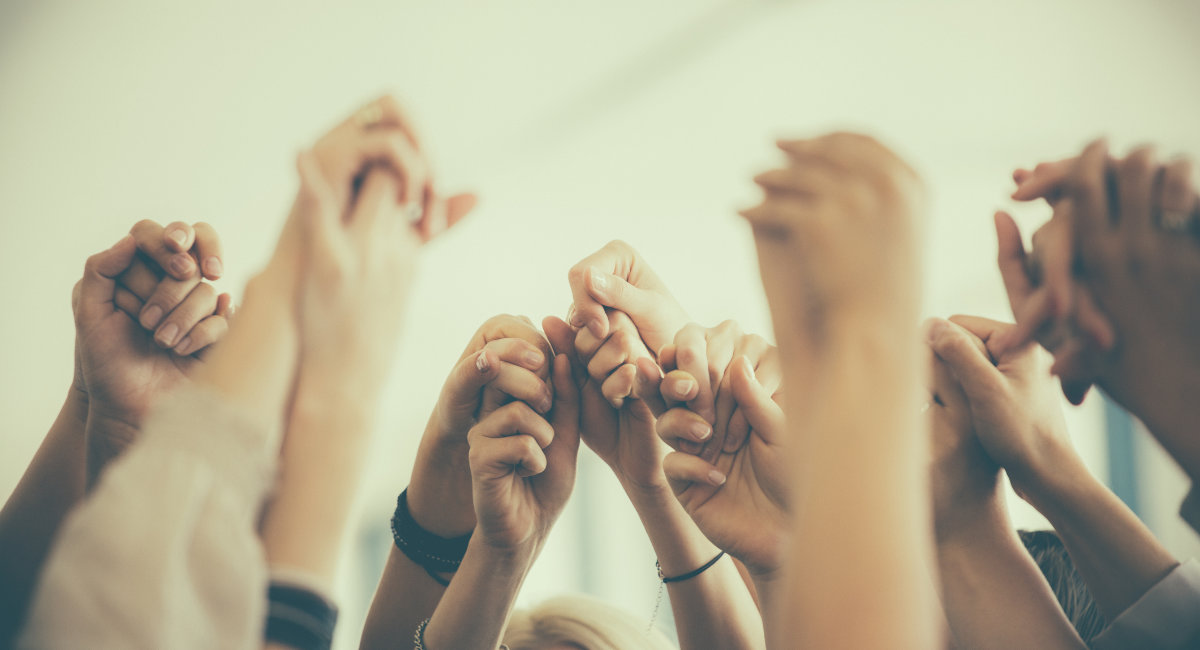 The weekend of June 18-20 of this year changed my life forever in ways I could never have anticipated and did not, up to that point, feel I deserved. That was the weekend I attended my very first Rachel’s Vineyard abortion healing retreat.

I had my first abortion at age 16, under great duress. The father, who was a few years older than me, was determined that I should have one, and nagged me incessantly about it. He threatened to leave me if I didn’t, and said he would have nothing to do with the child if I kept it. My mother always told me love is blind, but in my case, it was deaf and dumb, too; when he said these things, I didn’t hear the obvious clues revealing his manipulative, selfish nature, nor did I feel I had a voice to protest. I only felt panic and a desperate desire to cling to his abusive affection.

I married him a few months later. And about three years after my abortion, we were pregnant again. From him, it was the same song and dance all over again, only this time the stakes were higher for me, because we were married.

But my reaction to the second pregnancy was very different. I had wanted my first child very badly, and had been extremely ambivalent and regretful about my abortion. This time, my wild, dissolute lifestyle caused me to fear for my child’s future, should I carry to term. I had already ingested large quantities of recreational drugs and alcohol, because I hadn’t realized I was pregnant until about two months in. I was terrified that my child would pay the price for my actions in the form of severe developmental problems. Abortion again seemed like my only option, and it is the gruesome escape hatch through which I attempted to elude my problems.

The years following my abortions and my inevitable divorce were like a surreal, inebriated ball at which I waltzed with virtually any partner who asked me. I became indiscriminately promiscuous — I made drunken pickups and woke up next to men I didn’t recognize. I used whatever drugs I could get my hands on to numb and distract me from the shame and grief of my abortions. I hopscotched from job to job and residence to residence, never able to stay in one place for very long, forever creating chaos in my life that could serve as a distraction from the underlying cause of all my problems.

The depression I experienced eventually became crippling, and I attempted suicide by taking hundreds of prescription pills, mostly morphine. I was told by hospital staff when I was finally found and brought in three days later that it was a miracle I’d survived.

Another way in which I attempted to overcompensate for my feelings of remorse and grief was through pro-choice activism. Though I regretted my abortions, I didn’t feel that option should be taken away from others. I attended rallies, including the largest pro-abortion rally in U.S. history: the March for Women’s Lives in 2004. I carried signs and shouted slogans. I was even a monthly donor to NARAL.

I now know this was a backward way of trying to justify what I had done in my own mind.

My bridge to healing

My healing journey began when I finally accepted the reality of preborn humanity. This happened while I was driving over the San Francisco Bay Bridge, after a news story had prompted me to think about the fact that, at 20 weeks before birth, a preborn child can survive outside of the womb. Therefore, it’s a baby, a human being, worthy of life. That, in turn, led me to contemplate the question: at what point does the fetus go from not-baby to baby?

I’d studied enough biology to know there is no such magical transformation point. This forced me to concede that, if a baby is a human being deserving of life and protection after birth, it must be the same essential creature beforehand, since birth does not cause any real change, except that of location.

I switched teams from pro-choice to pro-life right there on the bridge. Shortly thereafter, I let go of my anger toward God, and became a Catholic. This process forced me to confront the gravity of what I had done in the past, and I finally stopped trying to ignore the pain caused by my actions and started trying to process it.

I began by telling my story. I was terrified to do so — almost nobody in my life knew about what I had done, and I feared judgment and condemnation… but that is not what I received. On the contrary, that blog post was republished in dozens of places across the web. I was asked to speak on the radio and in churches, and I received countless messages from people who said they had been touched by my story — especially other post-abortive women and men who were still suffering in silence.

In one of those messages, someone told me about an online support group for post-abortive people called I regret my abortion. This group opened my eyes to the sheer number of women and men who are suffering from the pain of abortion-related trauma, and gave me a safe, loving place to express my pain, shame, and feelings of guilt.

Many people in this group, as well as my priest and others who care about me, encouraged me to take the next step and attend an abortion healing retreat. There are many such retreats available to post-abortive people: Deeper Still, Project Rachel, and Rachel’s Vineyard are just a few.

Finally, on Father’s Day weekend of this year, 27 years after my first abortion, I went to a Rachel’s Vineyard retreat. It was like an emotional and spiritual boot camp — perhaps the hardest, but definitely the best thing I have ever done.

The volunteers who lead the retreat are amazing. Their warmth, acceptance, and understanding make the retreat an incredibly safe place in which to share one’s vulnerabilities and expose one’s wounds. For me, they were the world’s most loving and gentle guides, leading me through my past mistakes and traumas, and pointing me toward the light at the end of the tunnel.

The retreat process essentially walks participants through the stages of grief in a very deep and profound, yet relatively quick manner. There is a lot of emotional and spiritual work involved, and many things don’t get “unpacked” until the days, weeks, and probably even months and years after the retreat concludes. Participants are assisted in processing residual anger, shame, self-condemnation, guilt, denial, and despair, allowing them to reach a place of emotional/psychological freedom, as well as forgiveness for themselves, and potentially others as well.

If you are suffering from a past abortion, please don’t go on punishing yourself and living in silent agony. Seek healing through a retreat, class, support group, or hotline. The path toward a renewed life is no further than an email, phone call, or text message away.

On a personal level, the retreat enabled me to realize, and fully take in, the fact that my children are in a place where there is no resentment, anger, or suffering, and that they have forgiven me and want me to have a joyful life. This, in turn, has allowed me to finally forgive myself — something I thought I would never do. I still feel sadness for the loss of my children, and a deep, impeded desire for their living, active presence in my life. This is something that will probably never go away, nor should it. But I now have the tools to cope with these feelings and the knowledge that the desire to hold my children in my arms will not forever go unrequited.

And that is the greatest blessing I have ever received, one that has given me immeasurable peace.