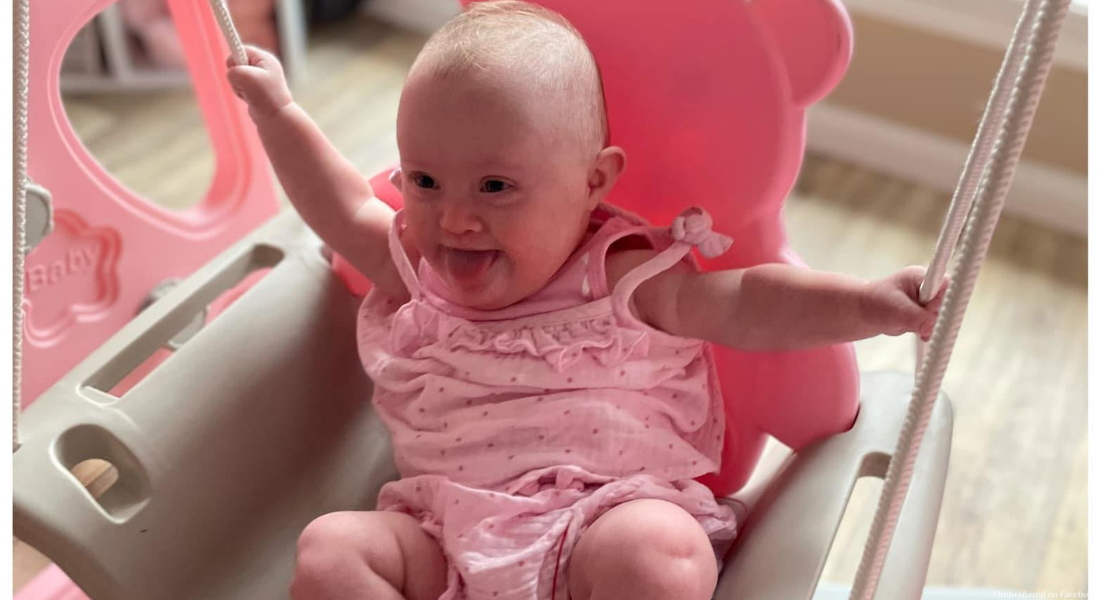 Zoey-Lea O’Hehir and her husband Jake are speaking out about the cruel way they found out their daughter Arlee has Down syndrome.

In an interview with the Australian Broadcasting Corporation, O’Hehir said she was in the middle of teaching when she received the phone call delivering the diagnosis. She was told that her daughter had Down syndrome and that the doctor had already scheduled an abortion. “It was very scary and just the mention of termination struck a nerve,” she said. “Before I could say anything, before I could process anything or even breathe [he’d scheduled the termination].”

After trying for three years, the O’Hehirs were thrilled to be pregnant. But after the diagnosis, the care they received plummeted. After they refused the abortion, they were told that there were only three outcomes to expect: lifelong dialysis treatment, stillbirth, or neonatal death. Yet Arlee, now seven months old, is thriving and meeting all developmental milestones.

READ: ‘A proud day’: Mother celebrates as daughter with Down syndrome graduates college

“She’s amazing and has brought so much happiness to our life,” her mother said. “She may have a little bit of low muscle tone, which comes with Down syndrome, but other than that she’s honestly just like a normal baby.”

Sadly, O’Hehir’s experience is far from rare. Down Syndrome Australia (DSA) said families were routinely pressured to have an abortion, or are not given enough support. “To hear families being repeatedly asked about termination and not supported in their decision [to proceed with the pregnancy] is a case of neglect,” DSA chief executive Ellen Skladzien said. “We heard about doctors who told families that their child would have a lifetime of suffering or that they would never achieve anything.”

Similar data has been found in the United States, where only 11% of women reported having a positive diagnosis experience. One survey found that 13% of doctors admitted to over-emphasizing the negative aspects of Down syndrome in an attempt to pressure parents into abortion. Yet medical advancements have ensured that people with Down syndrome are able to live longer, healthier, more fulfilling lives than ever before. There is no excuse for this kind of ableism and misinformation to be so rampant in the medical field, and Down syndrome families deserve better.