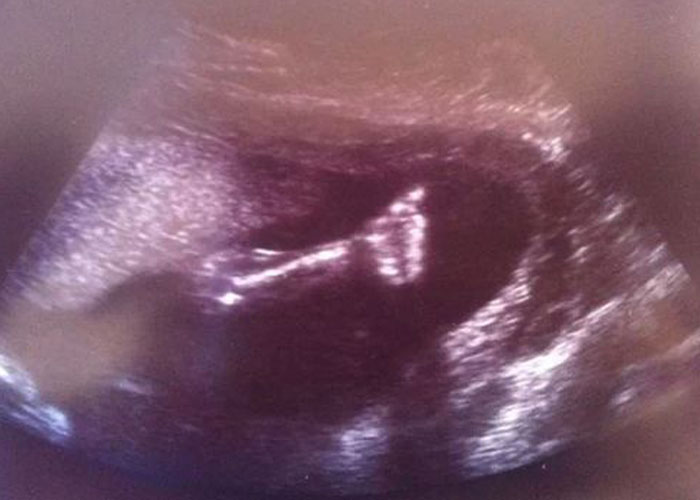 Fay Murrish was 20 weeks pregnant with her third baby when she and husband, Micheal, were given heartbreaking news. Their baby girl, Chanel, was diagnosed with hypoplastic left heart syndrome, which meant only half of her heart was actually beating. Doctors gave her very little chance of being born alive, and advised the couple to end Chanel’s life through abortion.

But then, Chanel sent them a message in the form of a thumbs-up in an ultrasound image. Fay Murrish told the Mirror:

“I know she wanted to live because she was giving me a huge thumbs-up at her scan. It was like she was telling us everything would be OK.” Again, Chanel’s parents chose life and to give their daughter a chance.

Chanel was delivered via c-section. Doctors immediately placed a stent in her heart in order to keep her alive as she underwent surgery for hypoplastic left heart syndrome. Fay and Micheal were told that Chanel had only a 50 percent chance of surviving the surgery, and would need additional surgeries if she lived.

Seven days after birth, Chanel fought through two operations on her heart, making her the youngest baby ever to have heart surgery in the U.K. She was finally able to meet her two big brothers, Chase and Cole.

Chanel’s life expectancy is currently only into young adulthood, and she will need a heart transplant down the road, but she’s proven to be a fighter.

In the meantime, the Murrish family says they are living in the moment and enjoying all the time they are given with their children.