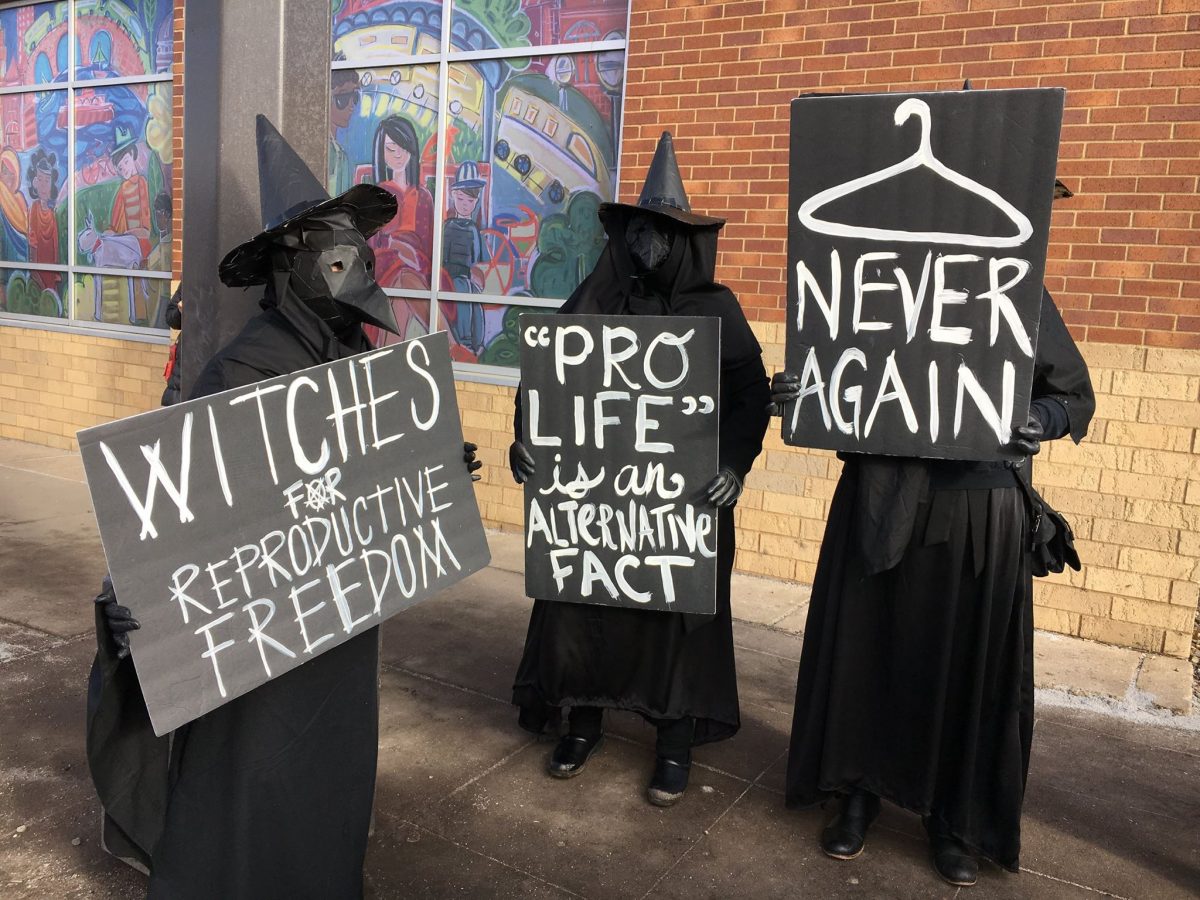 On Saturday, February 11, 2017, thousands of pro-lifers took to the streets outside of their local Planned Parenthood clinics to protest the abortion chain, educate people about the organization’s illegal and unethical practices, and showcase the need to defund the profitable non-profit. But they weren’t the only ones to show up. Pro-abortion and pro-Planned Parenthood counter-protestors made their presence known as well, in hopes of overshadowing pro-lifers.

Hawkins wrote in an email that these three people were at the pro-life rally in St. Paul, Minnesota, and only stood silently, holding their signs. The fist sign, “Witches for Reproductive Freedom,” should really read “sexual freedom” and shows that they value sexual freedom over human lives and freedom to live.

The second sign, “‘Pro-Life’ is an Alternative Fact,” proves that they know very little of the pro-life movement. The sign could be implying that pro-lifers only care about people before they are born and not after, but nothing could be further from the truth. With a bit of research, these witches might be surprised to learn that pro-life organizations around the country offer access to health care, baby gear, clothing, parenting classes, daycare, continuing education, and even housing to women facing unexpected pregnancies.

The third sign, “Never Again” (featuring a coat hanger), is a typical pro-abortion mantra. What the witches may not realize is that the number of women seeking illegal abortions before Roe v. Wade was a fraction of what abortion proponents claimed they were. Dr. Bernard Nathanson, who co-founded the National Abortion Rights Action League (NARAL), admitted to lying about the numbers:

(Regarding illegal abortion, former Planned Parenthood director Abby Johnson has stated that in the event that abortion again becomes illegal, Planned Parenthood has a backup plan called “miscarriage management,” in which the organization would advise women how to self-abort — for a fee.)

The witches did not respond to questions, except to speak the name of their coven. Other pro-abortion protestors were not so quiet.

At the protest in Washington, D.C., pro-abortion counter-protestors blocked pro-lifers and shoved them, according to Students for Life. Police had to become physically involved and force the pro-abortion group back.

In Portland, pro-Planned Parenthood counter-protestors were throwing jump ropes at pro-lifers, with one woman needing police assistance during the attack. Student’s for Life’s Northwest Regional Coordinator Katie Lodjic said that Planned Parenthood supporters were yelling obscenities, swinging the hard plastic jump ropes around, tossing pro-life brochures off tables, and carrying signs that said: “abort everyone,” “thank God for abortions,” and “your kids an a**hole.” They were also heard chanting, “free abortions on demand and without apology,” and “f*** you!”

Protests in Detroit were similar, with pro-lifers enduring physical and verbal attacks that included pushing and spitting as abortion supporters circled around them with chants of “My body is true. Don’t like it? F*** you!” This occurred while pro-lifers stood peacefully and prayed the rosary together.

While pro-lifers peacefully spoke the truth about abortion and stood together in prayer or marched together down the street, abortion supporters went out of their way to curse at them and become violent. It isn’t surprising, since abortion supporters advocate for the deaths of innocent children, but it is disappointing that they work so hard and with such anger to silence the free speech of those on the pro-life side.