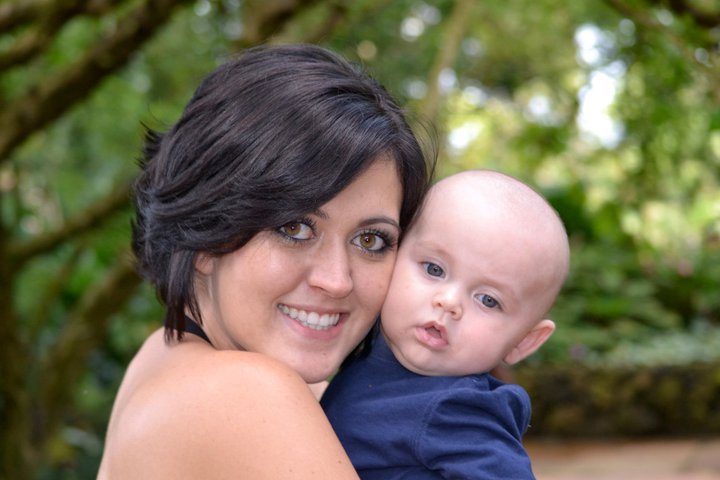 I remember it as if it was yesterday. I was supposed to be on a date, but a quick trip to Walmart and one positive pregnancy test later, I told my boyfriend to drop me off at my house. I went straight to my room and sat there for hours, trying to come up with a solution for this unplanned baby I was now carrying.

What was I going to do?

I didn’t know the first thing about being a mom, and furthermore, I had never really wanted kids. I liked kids, sure, but I didn’t spend my teenage years dreaming about what my future husband and I would name our kids or how many we would have.

I had plans: I was going to travel, maybe go back to school, maybe move to a random city and “discover myself,” as so many 21-year-olds do. Yet here I was – an uninsured college dropout, working part-time at a coffee shop, with no real direction in life, who drove a car that broke down every few weeks, who also wasn’t married. This could not be happening to me!

The next day, I broke the news to my best friend, who was no stranger to unplanned pregnancies, and I asked her what I should do. She came over immediately and talked to me for a few minutes. She told me I didn’t have to have this baby if I didn’t want to and that it was my right and my choice to end the pregnancy. I had heard that before – seen it on billboards, even: “It’s your body, it’s your right!” It sounded as though it was supporting women’s rights, and I was in support of women’s rights. So why did it seem so unfathomable to me that it might actually be okay if I ended this pregnancy?

I remember growing up thinking abortion was wrong, but I never fully grasped the concept until I had to face an unplanned pregnancy head on. For a split-second, it seemed so clear why women would have an abortion. They could make this all go away without anyone else finding out. But I knew in my heart it was the wrong choice. As a Christian, I knew what God said about the sanctity of life. I fast-forwarded my life in my head, pondering the idea of how killing my own child would haunt me forever.

I may not have always chosen the right path in my life, but taking responsibility for my choices was something I always knew I would do.

It was in fact not just my body, but another person’s, too. I could never have an abortion. Still, the looming problem of not having insurance was something I would have to deal with. So off to Planned Parenthood my friend drove me. The entire time, she babbled on about how they help women who don’t have insurance – even if they want to keep their baby – and that they had all these great programs, and they could help me, too.

I quickly ducked into the Rocky Mountain Planned Parenthood office in Colorado Springs behind my friend, hoping no one I knew would see me entering. I hung my head, as tears streamed down my face from feeling so overwhelmed and even ashamed that I was pregnant without a plan. My friend had been “helped” by Planned Parenthood several times and did the talking for me.

She let the lady at the front desk know that I was pregnant and that I was going to keep it. The lady sighed and just said nonchalantly, “Our ultrasound machine is broken, and we don’t know when it’s going to be fixed. We can’t help you if you want to keep the kid.” I just stood there staring at her, wishing she would say something reassuring or nice, like how it was great that I was keeping my baby. But all she did next was toss a card across the counter saying I should call the number on it. I grabbed the card, and I ran out of there as fast as I could and hopped in the car.

My fingers fumbled over my phone as I tried to dial the number on the card, but it turned out that the number of this other clinic was disconnected. So much for all the help Planned Parenthood was going to give me.

I looked into getting insurance through my job, and surprise, my pregnancy was considered a pre-existing condition, and the insurance wouldn’t cover it. Still, my boyfriend and I knew we couldn’t kill our baby. We broke the news to both of our very conservative families, expecting their reactions to be awful. Yet we were met only with love and excitement about the new life that was going to be earth-side in a few months.

My boyfriend and I decided to get married, and we ended up moving in with my parents, as there was a clinic close to them where I was able to get my prenatal care. At this comprehensive health care clinic, I was asked to pay only a fee based on how much I made at my job.

I had my first ultrasound at five and a half months and found out we would be having a little boy. Seeing his tiny profile and hearing his heartbeat confirmed that he was very much alive and a person, and that it was not just “my body.”

I was responsible to keep this little life safe. 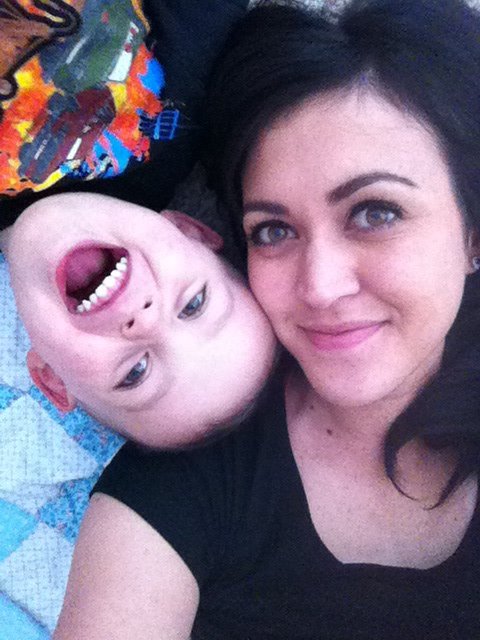 I’ll never forget the day I gave birth to him – it was New Year’s Eve, almost midnight. While I was pregnant, I still hadn’t felt this amazing personal connection I had heard other moms talk about when they were pregnant, but oh, seeing him for the first time was the most surreal experience of my life. The moment I laid eyes on him, it felt as though he was everything in my life that had been missing.

I was still a poor college dropout, but I felt like a champion after bringing this little boy into the world.

There were still a lot of challenges I would face over the next few years, but I know in my heart I did the right thing by having my son. He just turned six, and he brings so much light and joy to the world.

A few months ago, I dropped him off for his first day of kindergarten, and he had the biggest smile on his face as he walked into his classroom. He was already making friends with the kids in line next to him, telling a little boy who was crying that it would be okay. As I watch him grow, I know I am raising my son to be a person of integrity who does the right things even when no one is watching. I’m raising him to be someone who takes responsibility for his actions even when it would be so much easier not to care at all. I am raising him to know the value of others and to stand up for what is right, even if he stands alone.

I get the opportunity and blessing to see my son become everything he wants to be, all because I didn’t buy into the lie that it was “my body, my right.” 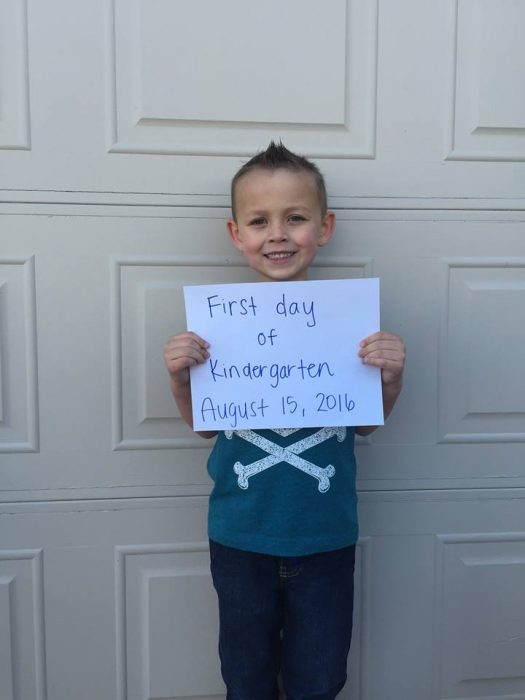 If you are facing a similar situation, I urge you not to buy into the lie that the world feeds us every day that it’s your body and your right. Don’t think that Planned Parenthood is the only place that will help you. I plead with you to not buy into your fears that your family will disown you, that you couldn’t possibly go through with pregnancy, that you wouldn’t be a good mom. Your support system might look different from mine, but I promise you, there are so many options other than abortion and so many people who will want to help you along the way.

Dare to give your baby a chance at life; he might be everything you’ve been looking for. “In letting our sons grow up, we let them become everything and we lose nothing.” –Christy Fitzwater

Praying for those who feel lost today.

Editor’s Note: Summer is now going back to college and maintaining a nearly 4.0 grade point average, while still raising her son and his sister with her husband.

If you are looking for help to reverse an abortion you have already begun, you can visit Abortion Pill Reversal for a network of doctors who may be able to help you, or call the 24-hour nurse-staffed hotline at 1-877-558-0333. If you are looking for resources to help while continuing your pregnancy, or are feeling pressure to have an abortion, please check out this article. Help for dads is here, and 10 reasons not to have an abortion are explained here.