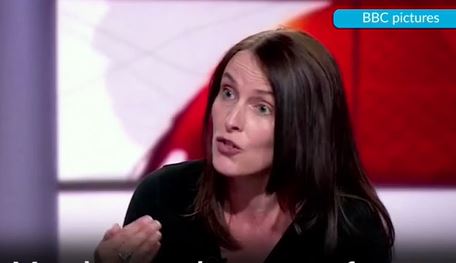 (Right to Life UK) — The British Pregnancy Advisory Service (BPAS) has announced Clare Murphy will take over from Ann Furedi as Chief Executive in January 2021.

Murphy, a former BBC journalist who has risen through the abortion giant’s ranks to become its Deputy Chief Executive, is expected to follow in the footsteps of Furedi in pushing for more extreme abortion legislation.

In a warning shot to pro-life campaigners following the announcement that she would be retiring, Furedi tweeted: “I’m not done yet 🦊 and there will be no softening of our stand with the next CEO. ‘Ball-breaking’ is in the job description!”

Speaking of Murphy, Furedi added: “Leading BPAS is the best job in the world and Clare is undoubtedly the best person to take it on.”

Additionally, the BPAS Chief Executive job brief reveals a key component of the role will involve lobbying for full ‘decriminalisation’ of abortion across the UK – something which would allow on-demand, for any reason, right up to birth.

Since joining BPAS over ten years ago, Murphy has made numerous comments in the media revealing how extreme her views on abortion are.

Already this year, she has complained that a bill seeking to ban abortions being available through to birth for babies for simply for having a cleft lip or cleft palate would “impinge” on a woman’s choice and championed public campaigning against the bill. Similarly, the incoming Chief Executive has revealed she doesn’t want to see a ban on sex-selective abortion.

In addition, she declared the significant rise in the number of abortions performed so far in 2020 as “one of the few healthcare success stories of this pandemic”.

Murphy and BPAS have called for their permanent introduction of ‘DIY’ home abortions, claiming they have become “the standard of high quality, woman-centred care in countries around the world.”

However, contrary to the claims of BPAS, a number of women have spoken out on the significant problems and safety abuses that have arisen around the introduction of ‘DIY’ home abortions in the UK.

One woman revealed how she was left fearing for her life and needed emergency surgery after taking ‘DIY’ home abortion pills.

Another woman said she went through “hell” and thought she was going to die after taking the dangerous pills. And yet another woman said the pain and physical process was “horrible” and “a lot worse than expected.”

In an opinion piece for the Huffington Post, Murphy said the decision to impose an extreme abortion regime on Northern Ireland “took superb political manoeuvring by the Labour MP Stella Creasy to force the government’s hand on this.”

Showing the same disregard for legislation in Malta and Gibraltar, which currently protect unborn babies, Murphy proclaimed “she was pleased to be working with the wonderful Abortion Support Network,” as they aim to make it easier for women living in those countries to have an abortion.

While Murphy is happy to put effort into introducing abortion legislation or making it more extreme, it seems she is less happy to support women suffering psychologically after having an abortion.

She has been condemned by campaigners for saying “post abortion trauma is a completely fabricated condition.”

Highlighting her excitement at moving into her new role at BPAS, Murphy said: “I am absolutely delighted to have been appointed as the next CEO of this completely brilliant and unique organisation…

“The BPAS of the 2020s will be one that both champions and delivers choice to women at every stage of their reproductive journeys with the same commitment to clinical excellence and compassionate care that has underpinned our abortion service.

“I am hugely excited to build on Ann’s phenomenal legacy.”

“Ann Furedi leaves a tragic legacy of overseeing an organisation that, as the UK’s largest abortion provider, has likely deliberately ended the lives of more babies in the UK than any other single institution or organisation in history.

“While it is welcome news that Ann Furedi is stepping down from her role as Chief Executive of BPAS, the organisation’s work to end the lives of thousands of babies each year continues. Even worse it looks like they will continue to push for more extreme abortion legislation both across the UK and overseas.”