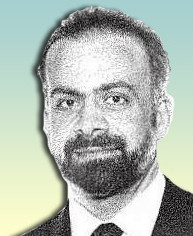 Douglas Karpen, known as the “Texas Gosnell,” is an abortionist who many believe got away with infanticide–at least until a congressional committee redialed his number this month.

The House Select Investigative Panel on Infant Lives, chaired by Rep. Marsha Blackburn (TN) has been investigating the fetal parts industry since 2015, after The Center for Medical Progress released its undercover videos exposing the alleged sale of fetal parts. This month the Panel gave a Christmas present to multiple players in the abortion industry: referrals for criminal investigations to state attorney generals and the United States Department of Justice. Karpen was on this list.

Karpen came under scrutiny when late-term abortionist Kermit Gosnell was discovered to be running what some in the media dubbed a “house of horrors.” Gosnell, currently in prison for the murder of a patient as well as the murder of three babies that were born alive during abortions, was considered by abortion advocates to be an anomaly. While they condemned his actions, they insisted Gosnell was an exception, not the norm.

However, halfway across the nation, Karpen’s abortion centers were revealed to be similar houses of horror. Shortly after Gosnell’s conviction, Karpen’s facilities were investigated. (Operation Rescue details the back story here.) Less than two years later, the Texas Medical Board dismissed the charges against Karpen, saying there was insufficient evidence that he violated the Medical Practices Act. Until this month, it appeared Karpen was getting off scot free. That’s where the Panel investigation stepped in.

While the referrals redacted the names, they inadvertently left Karpen’s name at the top of one of the documents: 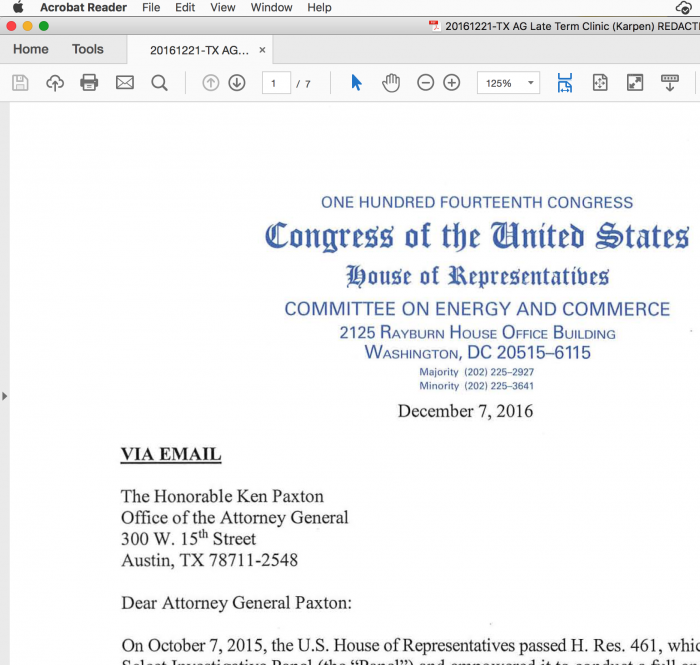 Even if they hadn’t, the details of his abortion facilities make it clear which late-term abortionist the Panel is discussing. And the criminal referral letter contains troubling details of destruction. The letter tells of Karpen’s former medical assistants and office workers who describe him as “conducting himself with that depraved indifference to infant life and committing acts of murder.” It continues:

According to several of his employees… Numerous patients of [Karpen] delivered infants alive prior to their demise, which the doctor himself brought about.

Employee number one also alleged that “[Karpen] performed numerous abortions during the third trimester in cases that did not involve any serious threats to the mother’s or the infant’s health.”

The letter continues by alleging Karpen would falsify sonograms to hide the advanced gestational age of the fetus, with one employee saying she had seen it happen in cases as old as 28 weeks.

One employee also said that he did not observe proper sterilization procedures, including putting an unsterilized gloved hand in a patient’s cervix, even after handling other patients and chemicals. The referral continues:

… approximately three or four infants would show signs of life. This typically happened when infants were extracted from the cervix in a breech position. At times, the infant would slide completely out because of the extent of the dilation caused by the laminaria administered to patients. In all such cases, would terminate their lives. The signs of life they exhibited would include movement of the stomach as the infant breathed or movement of the toes or fingers.

And it continues by discussing employees’ descriptions of how Karpen terminated the infants’ lives (warning – disturbing):

On one occasion, she stated that she learned from a coworker of an infant killed by the doctor after surviving an abortion; as he was preparing to put it into a bag for disposal, she maintained, the infant had “opened up his eyes and grabbed his hand.”

Additionally, the referral notes that one employee said “[Karpen] performed numerous abortions during the third trimester in cases that did not involve any serious threats to the mother’s or the infant’s health.”

After detailing these and many more troubling reports of Karpen’s practices, the referrals then list the state and federal laws violated by his actions. They include, but are not limited to: the Born-Alive Infants Protection Act of 2002, the Partial-Birth Abortion Ban Act of 2003, Texas’ criminal homicide statutes (including capital murder), insurance fraud, Medicaid fraud, falsifying sonogram readings, improper sterilization procedures, and many other violations.

Both the state and federal referral conclude with Blackburn saying:

[Karpen] was previously referred to the District Attorney of Harris County, but the investigation into the matter was deficient. In light of the gravity of the allegations outlined above and the supporting documentation, I urge your office to conduct a thorough investigation into whether [Karpen] violated federal and state law, and, if you agree that such violations occurred, to take all appropriate action.

The referrals are now in the hands of the respective state and federal officials. It is likely that pro-life Texas Attorney General  Paxton will follow through with investigation. US Attorney General Lynch previously refused to watch the undercover Planned Parenthood videos and instead announced her intention to investigate the Center for Medical Progress, so it seems unlikely she will respond to the recommendations from the Panel.