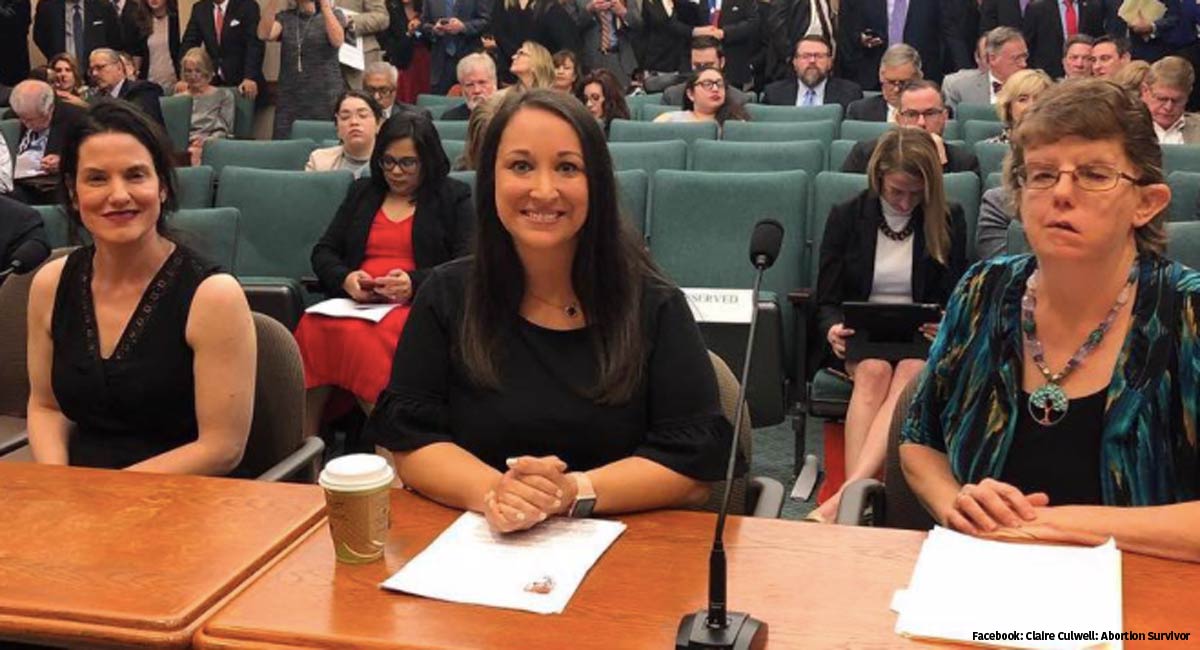 Action on the Texas Born-Alive Infant Protection Act was delayed Monday as four female Democratic representatives and one Republican did not show up to a committee hearing, temporarily breaking the five of nine members needed to have quorum and move forward on the measure. Three abortion survivors sat waiting to give their testimonies in favor of the Act.

The bill in question would ensure appropriate medical support be given to living survivors of abortion by establishing a physician-patient relationship between doctors and babies who survive an abortion attempt, while codifying severe penalties for abortionists who fail to provide the same standard of care to survivors as to any other baby born at the same gestational age. Survivor Gianna Jessen, who survived a saline infusion abortion at seven months gestation, wrote on Facebook:

The bill enjoys wide support among voters and representatives, with 70 out of 150 co-authors to the bill, but abortion supporters claim that existing federal and state statutes already cover abortion survivors, and that there have been no such survivors in the state of Texas.

A statement by the absent Democratic members resorting to legislative tactics read in part, “We refuse to offend our fellow Texas women, their families, and licensed physicians by wasting time on unnecessary legislation designed to intimidate and restrict women’s access to health care. Our time and the taxpayers’ money are much too important for this trivial approach to governing.”

Other members of the committee voiced their disapproval. “I drove last night from 3:15 to 6:15 just to get here,” state Rep. Matt Krause, whose flight to Austin was canceled Sunday, told the Texas Tribune. Rep. Leach chided the AWOL members: “Just because I don’t agree with an issue or support a certain bill doesn’t mean I should stifle and/or ignore the voices of the people of Texas,” he said before releasing a formal statement on the matter. “I will encourage every member of this committee, whether they agree or not, to be present and listen to the people of Texas.”

The missing Republican representative, Morgan Meyer, explained to the Dallas News that he had given Chairman Leach a heads-up that he would be late, as he was dropping his kids off at school while his wife was out of town. When he returned and the committee had quorum Monday afternoon, the meeting came to order and took testimony Jessen, as well as Claire Culwell, a twin abortion survivor, who described how she was born to a 13-year-old mother after an abortion that killed her twin. “An abortion that ripped my twin apart limb by limb left me untouched,” she said.

“Today was crazy,” said Gianna in a Facebook Live video after the hearing. “Oh my word! If you do not think that we are in a spiritual battle, you are not correct. You should have been at the state capitol here in Texas today. […] It was a very unusual day.”

Although the committee did not vote on the measure, common practice is to leave the matter pending for a week before voting.