I’ve got a habit of meeting ex-strippers. There’s no clear explanation for this, as I don’t frequent the places where they used to work. Yet somehow, I’ve ended up with several former dancers in my circle of friends. While their reasons for entering the business ranged from the mundane to the heart breaking, there’s one point that they all agree on: stripping is about illusions.

Strippers try to project the illusion that they’re both interested in and available to an establishment’s clientele. In return, the clientele offer financial  rewards.  Unfortunately, many of the clientele also offer servings of objectification and denigration as well as money, but that seems to come with the turf. In any event, my friends made it clear to me that they had zero romantic interest in and offered no real availability to their customers.* Rather, they were simply selling an image. 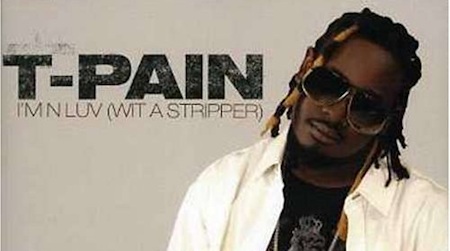 *Note: This rule may not apply to T-Pain.

Strippers aren’t the only ones who can peddle an image that doesn’t fit with reality–pro-abortion politicians are pretty good at it too. They offer speeches wrapped in buzz words like “choice,” “reproductive freedom,” and “family planning.” What they really deliver is a set of policies that help sexual predators harm girls and allow “choice providers” to turn babies into medical waste. Earlier, we examined how abortion fans are waging wars on women and children. Now it’s time to look at their political enablers.

“Can we honestly say that we’re doing enough to keep our children, all of them, safe from harm?” President Barack Obama asked this question in the wake of the Sandy Hook school massacre. And the answer to that question is…no, no we’re not. Thankfully, there’s a helpful device that the president can use if he’d like to see part of the reason why we’re not doing that. It’s called a mirror.

One of Obama’s first acts upon taking office was to suspend the Mexico City Policy–an executive order that prohibited US foreign aid dollars from paying for abortions overseas. He also rolled back Bush-era executive orders that protected healthcare workers who refused to assist with abortions. Further, President Obama has vowed to defend funding for abortion giant Planned Parenthood in spite of proof that it’s employees have been willing to work with sex traffickers and racists. And that’s not all, because the abortion lobby has probably been helped as much by what the president hasn’t done as what he has.

Earlier in his Sandy Hook speech, President Obama spoke of the desire to protect “precious” children from the moment of their “very first cry.” Unfortunately, this desire hasn’t been reflected in his record. As an Illinois state senator, Obama both voted and spoke against legislation that would have protected children who survived botched abortions. And, as president, Obama has failed to call for a federal investigation into the killing of abortion survivors despite clear evidence that these killings are happening. Granted, there is some logic to this: a newborn is in most respects identical to a fetus in the later stages of gestation, and Obama has no problem with them being sliced, poisoned, and pulled apart. New research showing that they seem to feel pain is apparently irrelevant to the matter.

The Obama administration hasn’t just failed to protect babies. Instances in which Planned Parenthood has performed abortions to cover up sexual abuse or offered to carry them out on underage prostitutes has provoked no federal action either. That abusive partners routinely force women into using federally subsidized abortion services also doesn’t seem to be a major concern. Given that this sort of blatant criminality is ignored, it’s no surprise that the White House doesn’t bother to criticize misogynistic celebrities like Tucker Max, who’s made a career out of “f*cking sluts” and then convincing them to abort his children.

President Obama might be the most visible ally of the abortion movement, but he’s far from being the only one. When Florida congressman Cliff Sterns called for an investigation after Planned Parenthood staff were video taped by Live Action offering to help pimps, he was condemned by pro-abortion senators like Richard Blumenthal, who accused him of planning “a witch hunt.”

Another member of the legislative branch who backs the abortion lobby is House Minority Leader Nancy Pelosi. When asked at a press conference what the moral difference was between the murders committed by Kermit Gosnell and what takes place in a late-term abortion, Pelosi responded by first declaring herself to be “a practicing and respectful Catholic,” and then went on to refer to abortion as “sacred ground.” While I admit that I am neither Catholic nor always respectful, I find it difficult to see the sacredness in collapsing a child’s skull.

Abortion fans don’t just have friends in the federal government. Their support extends to the states, as well, where helping to kill the young has sometimes been a bi-partisan affair. This was the case in Pennsylvania, where Republican governor Tom Ridge took a hands-off approach to regulating abortion facilities, thus allowing  Kermit Gosnell to kill one of his patients and operate an infanticide business under the radar.

The former Republican governor of New Mexico, Gary Johnson, is also a supporter of abortion. During his two terms in office, Johnson did nothing to help improve New Mexico’s abortion laws, which are among the most liberal in the country.

Whether it’s Dr. Leroy Carhart explaining how disposing of a 26 week-old fetus is like cooking “meat in a crock pot,” or parents who abort their daughters because they’d rather have a boy, those who are waging a war on women and children depend on the weak laws and lax enforcement that their enablers provide.

Pro-lifers can sabotage this by continuing to support vulnerable women through pregnancy care centers as well as by promoting the long lines of eligible couples seeking to adopt. Further, we can show the reality of what our elected officials have done. Forcing them to answer for their policies is the political equivalent of declaring last call at the strip club and ending the night’s illusion.