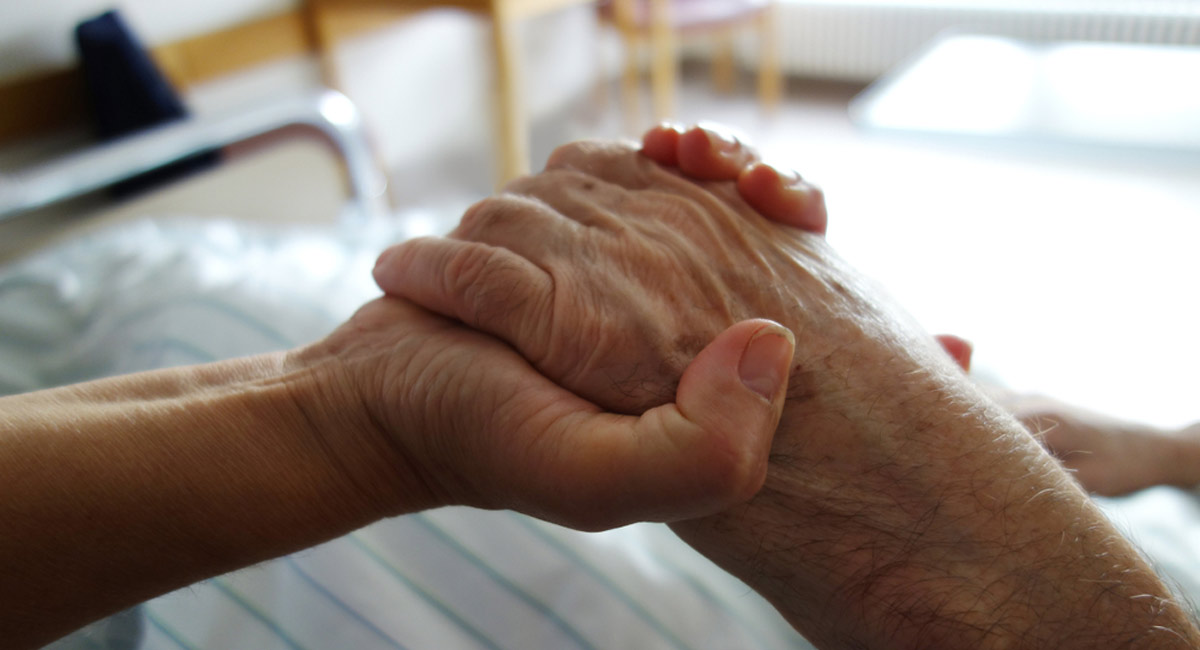 Robert Knight, 52, was just cleared of the crime of murder for throwing his mother, 79-year-old June Knight, off a balcony. Instead, he was convicted of manslaughter and will not serve time in prison, even though he admitted to killing her. The judge, rather than being horrified at Knight’s actions, described the murder as an act of love and mercy.

June had been diagnosed with dementia, and was receiving end-of-life care when Knight killed her. According to Knight, she had come down with a virus, and he claimed he didn’t want to see her suffer anymore. So he made the decision to kill her. According to Metro, he came up with his plan several days before the actual murder occurred.

“He [Knight] told police he had decided he would end her life,” prosecutor Andrew Jackson explained. “Asked if he had contemplated any other way, he told police he would not have been able to face the prospect of smothering her with a pillow. He [admitted] carrying her from her bed and that he would have had to have acted quickly.” To make matters worse, June was awake and conscious the entire time, and Knight said he intentionally threw her in a manner that would prevent the possibility of survival.

“He told police his mother was conscious and looking at him and was in pain,” Jackson said. “It’s more likely she was terrified about what was about to happen to her. He told police he wanted her to hit the ground with a big crack so she would be knocked unconscious. In order to achieve that, he tilted her body so that her head might hit the ground first.” Yet his plan failed — according to pathologists, June didn’t die right away, and was alive when she hit the ground. She suffered catastrophic brain damage, and died not long after paramedics arrived on the scene. Basildon Crown Court was shown a video of Knight placing his mother on a railing before pushing her off.

After his mother was thrown from the balcony, Knight didn’t try to hide what he had done, telling the staff, “Call the police, I’ve just killed my mother.” Police said he then remained “calmly” inside the home until they arrived. And though Knight had evidently considered and planned how to kill his mother for several days, he was ultimately cleared of murder on the grounds that he simply had a “loss of control.” To make matters worse, the sentencing judge framed this despicable act in positive terms.

“You are someone who acted out of love and desperation. You have been punished enough and you have to live with what you have done,” Judge Samantha Leigh said, describing June’s murder as a “mercy killing.” She continued, “This is a very sad case – anyone listening to the details of Mrs. Knight’s illness and her condition couldn’t fail to be moved. This case, I’m sure, was a very finely balanced one as to whether it was in the interest to prosecute in the first place.”

Knight spent nine months in custody while court proceedings went on, but his conviction of manslaughter left him with an appallingly light sentence of just 60 days of rehabilitation and no additional jail time.

This, yet again, sets a dangerous precedent. Allowing the murder of human beings simply because they are elderly or disabled should never be permitted, yet it’s becoming more and more acceptable in countries across the globe as assisted suicide grows in popularity. Robert Latimer, a Canadian man who murdered his daughter with cerebral palsy, is seen by many in Canada as a hero for ending his daughter’s “suffering.” Cases of spouses killing their husband or wife because, they claim, their loved one wouldn’t want to live in pain or with a disability are becoming more and more frequent.

As long as the victim is part of a specific vulnerable class — elderly, sick, disabled, poor — the murder is not condemned, but celebrated. The problem is, these are living human beings who have every right to their lives, even if they have dementia or cancer. It’s not acceptable to kill someone just because they are in pain or need hospice care. To believe otherwise is a disturbing sign of how much the culture of death is growing.