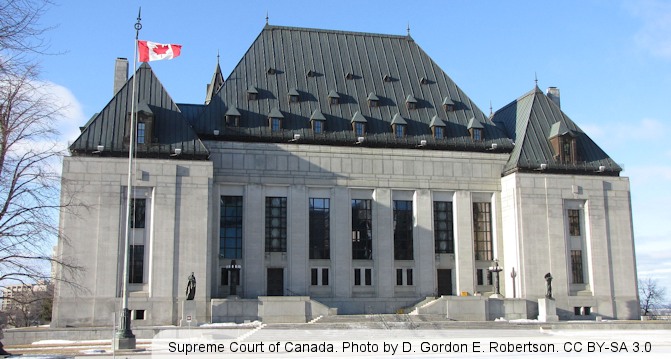 Who would benefit most from the legalization of euthanasia? Without question, it’s people like Robert Latimer. Latimer, a Canadian from Saskatchewan, murdered his daughter because she had cerebral palsy. He was given an extremely light sentence, and many Canadians supported his decision to kill his daughter. And with the Canadian Supreme Court decision to overrule the ban on physician-assisted suicide, it’s really no surprise to find out that Latimer has come out in support of their ruling.

A Saskatchewan father who chose to end his severely disabled daughter’s life is pleased with the Supreme Court of Canada’s decision to strike down the ban on doctor assisted death.

Robert Latimer went to prison in 1997 and sparked a national debate on euthanasia and the rights of the disabled for mercy killing his 12-year-old daughter Tracy.

He said the ruling surprised him but he thinks it gives hope to those in pain.

“It’s a recognition of the need for the stopping of people’s suffering,” he said.

… “All these disabled groups, it’s pretty unfortunate and their circumstances are certainly terrible, but for them to feel threatened by us not cutting a feeding tube into our daughter.. that’s so hurtful to them that that didn’t happen, that’s issues they’re going to have to sort out amongst themselves,” he said.

Latimer murdered his daughter because she was disabled, and yet he can’t understand why disability rights groups are horrified at the thought of legalizing euthanasia? Well, it should be pretty clear: it’s because of people like him.

His daughter, Tracy, was not known to be suffering, despite Latimer’s revisionist history on the subject. While both of Tracy’s parents claimed that her life was dismal and full of pain, the professionals who worked with her said otherwise.

There are videos of her laughing and smiling. She is described as a happy, cheerful girl who loved music, the circus, sleigh rides, and other common childhood activities. She happily dressed up as a princess the Halloween before she was murdered. She went to parties, attended sleepovers with her friends, and enjoyed spending time with her family.

She attended school, riding on a bus with her siblings and other students, up until she died. Tracy undoubtedly faced challenges, but her life was not, as portrayed by her father in an attempt to excuse his murder, constantly filled with misery and pain. She was a happy girl whose life had dignity and value.

And with legalized euthanasia, someone like Robert Latimer doesn’t need to kill their child and pretend they died in their sleep. Latimer could, as her parent and a “competent” adult, decide for Tracy that her life was not worth living anymore, and have her euthanized. It would not matter whether or not Tracy, or another disabled child, wanted to live. The parent would merely need to decide that they didn’t want their child to live anymore, and it would be done. That is an absolutely terrifying thought. It’s no wonder that disability rights advocates are scared. They should be.