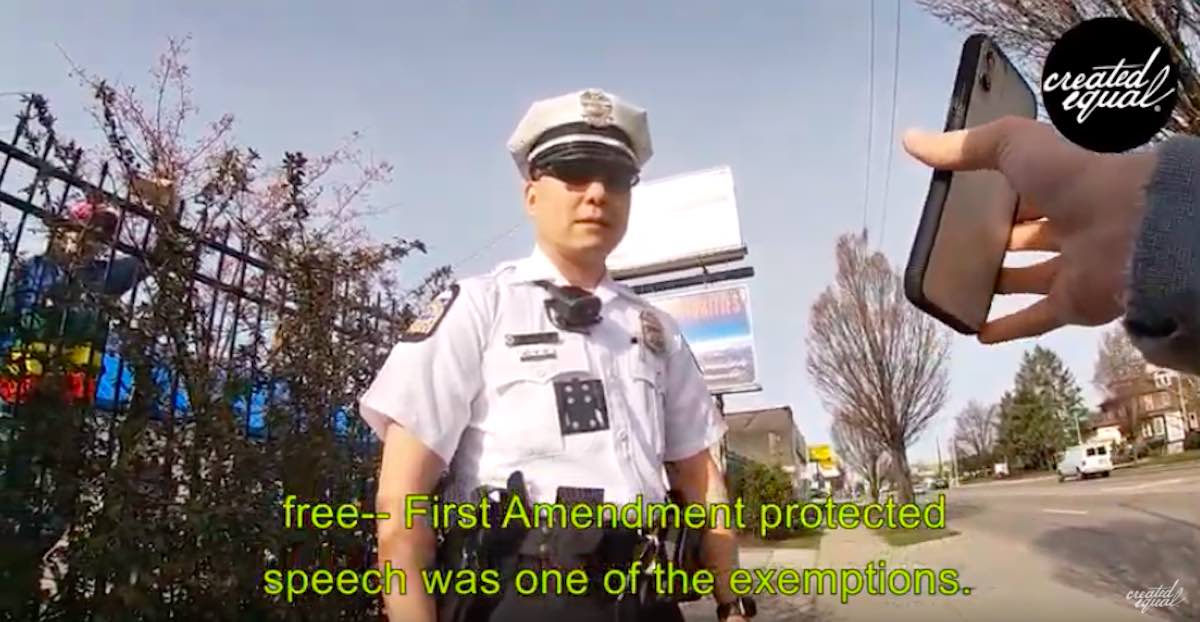 On March 26th, a group of sidewalk counselors from the organization Created Equal attempted to counsel women entering the Planned Parenthood in Columbus, Ohio. However, a police officer blocked them from doing so as he said he was ordered to enforce the recently declared COVID-19 stay-at-home directive issued by Ohio Governor Mike DeWine earlier in the week. Although the group argued for their First Amendment rights, the officer claimed that he been informed by his legal advisor that they could not assemble. Later the officer received clarification on the order and cleared up the confusion with the group by allowing them to stay outside the facility as long as they followed social distancing procedures, which included remaining six feet apart and in groups of 10 or less.

Created Equal regularly conducts pro-life outreach from the sidewalks near many abortion businesses across the nation. They recorded the encounter and it can be viewed below.