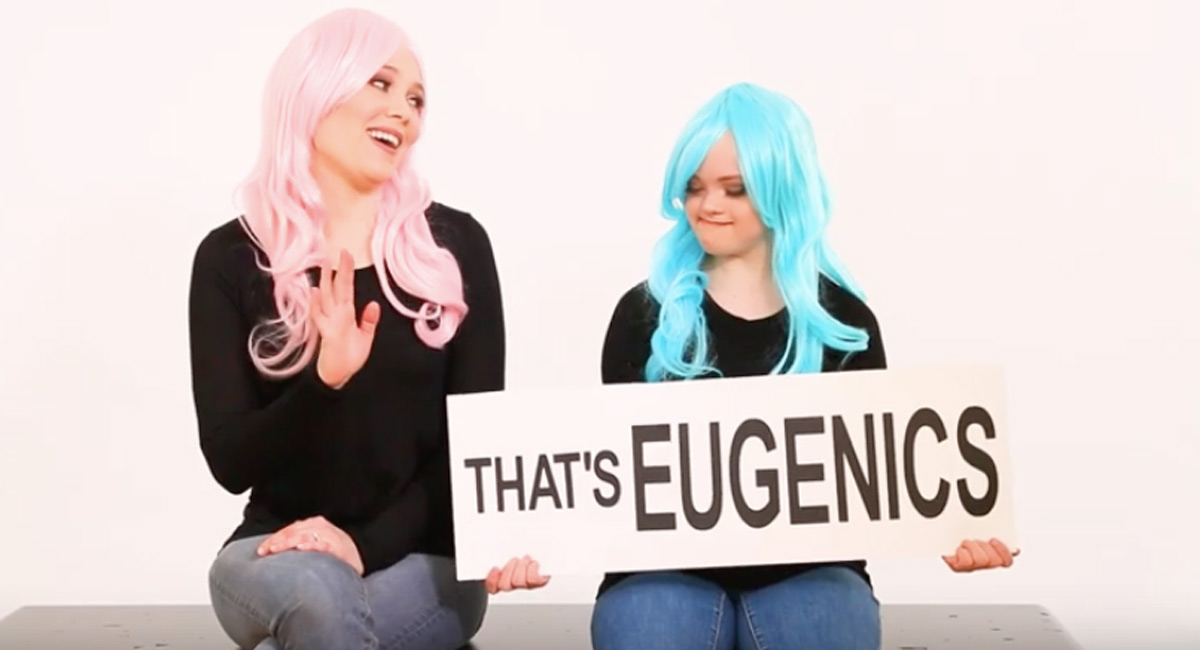 Today, Canadian pro-life group Choice42 (“Choice for Two”) released its latest satirical video in honor of World Down Syndrome Day, which is every year on March 21. The group has become popular for its videos featuring Laura Klassen, founder and executive director of the group, as she dons a pink wig and points out the absurdity of pro-abortion philosophy. The Magical Birth Canal, No Uterus No Say, The ‘A’ Word, and others, have been viewed tens of thousands of times.

This time, the group’s video focuses on the idea of eugenics, and on how many people in society want to fight for the rights of persons with disabilities — once they’re born, that is. If they’re still in the womb… well, that’s a different story altogether.

Watch “Blue Hair” below, which features a young lady who has Down syndrome:

In the video, Klassen (wearing a pink wig), says:

I love people who have blue hair! But like, after they’re born, though…. I totally respect and value you as a human being… now. But before you were born, it was a COMPLETELY different story….

Thanks to prenatal genetic testing, we can now ‘off’ all the people who have blue hair before they ever see the light of day. That’s compassion….

Of course, Klassen is making the point that it isn’t loving or compassionate to want to “weed out” people with disabilities before birth out of a misguided sense of “compassion.” Some countries, like Iceland and Denmark, have boasted that they will soon be “Down syndrome-free.” What this means is that they’ve found a way to detect and target these children for death before birth. Nothing has been “cured” — these children have simply been eliminated through — “that word” — eugenics.

Read more about the eugenicist founder of Planned Parenthood here.