As the nation celebrates Black History Month, it is worthwhile to share a documentary revealing how the eugenics and population control agenda — aided and abetted by Planned Parenthood and other organizations — has systematically been used to kill Black babies and reduce the Black population. Produced by Life Dynamics, a pro-life organization in Denton, Texas, Maafa 21: Black Genocide in 21st Century America, is eye-opening. Maafa is a Swahili word meaning “a terrible tragedy,” and referring to the time of the middle passage during the slave trade. The “21” in the title refers to the 21st century, because, in reality, the “Maafa” has not ended. It is still being carried out today.

The back cover of the film sets the stage:

They were stolen from their homes, locked in chains and taken across an ocean. And for more than 200 years, their blood and sweat would help to build the richest and most powerful nation the world has ever known…. The wealthy elite had decided it was time for them to disappear and they were not going to be particular about how it might be done. What you are about to see is that the secret plan these people set in motion 150 years ago is still being carried out today.

In this documentary, this hidden racial agenda is dragged out of the shadows and into the light. Before the next two hours is up, you will know things that America’s politicians and power brokers never intended for you to know and you will see things that the media was never going to show you.

According to Life Dynamics, Maafa 21 unmasks the ties between the Nazis, the American eugenics movement, and today’s “family planning” cartel, and is “about elitism, secret agendas, treachery and corruption at the highest levels of political and corporate America.”

The film begins with the horrors of slavery and reveals how eugenics was introduced as a solution for what some had deemed the “Negro problem” in America. Eugenics opened the flood gates of forced sterilizations, led by crusaders like American Eugenics Society member, Margaret Sanger, who later founded Planned Parenthood.

Mark Crutcher, President of Life Dynamics, points out in the film:

Live Action News has documented that, despite the claims of Planned Parenthood’s supporters, not only did founder Margaret Sanger have a strong belief in eugenics, she made certain that eugenics movers and shakers were deeply embedded in her organization — and even spoke to the Ku Klux Klan. Below is a sample list of American Eugenics Society founders, leaders, or members who were a part of Margaret Sanger’s board or organizations (chart from Maafa21):

And listed among American Eugenics Society members in the film is Sanger herself:

According to Crutcher, “The relationship between Sanger and these eugenics elitists was basically a marriage of convenience. In order to advance their common agenda, they needed a front man and she needed money. And the whole thing would be held together with this bizarre obsession with race and class. The result was that the American Birth Control League became the driving force behind the American eugenics movement. Eugenics would no longer be just a philosophy. Sanger, and others like her, were going the put it into practice.”

Maafa 21 not only documents the eugenics movement dating all the way back to the days of slavery, but also contains interviews with notable Black leaders such as Reverends Johnny Hunter and Cleaned Childress, along with Dr. Alveda King, niece of Dr. Martin Luther King, Jr. 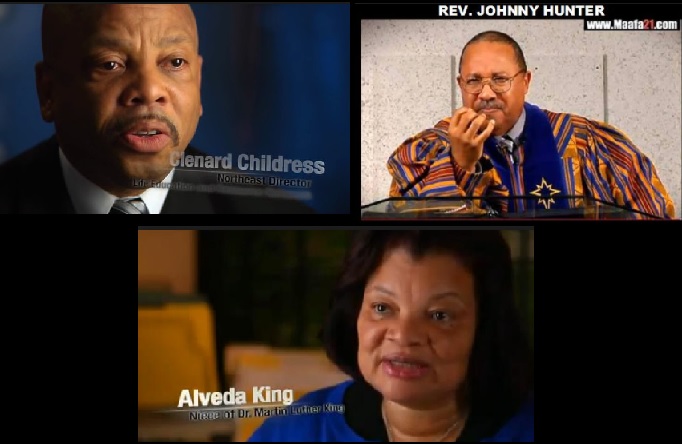 Elaine Riddick, who was forcefully sterilized by the State of North Carolina, was also interviewed for the documentary. Tragically, Riddick’s story was not isolated. It is estimated that 60,000 men and women were eugenically sterilized against their will in the United States, many of whom were minorities. Today, Riddick is outspoken against population control, abortion, and Planned Parenthood, which she believes has a eugenics agenda. 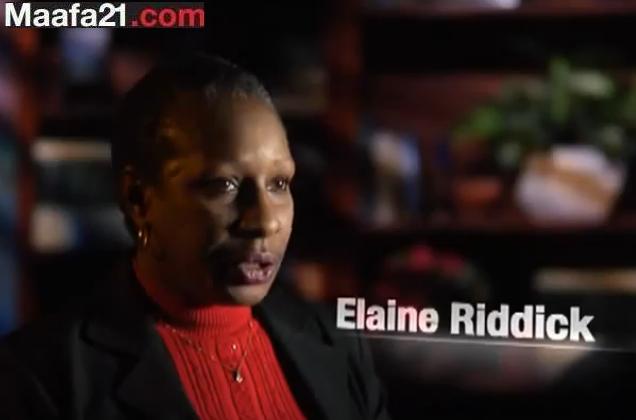 Maafa 21 unveils for viewers who was behind the evil eugenics ideology, who funded it, and who was targeted. It then points out that as the courts began to rule that forced eugenic sterilization was unconstitutional, a new approach was being devised by the purveyors of eugenics. That strategy was the legalization of abortion, led by the largest chain of abortion facilities in America — Planned Parenthood.

Crutcher states in the film:

… [F]rom the beginning, this idea that man could reinvent the world through eugenics was an elitist philosophy espoused by those who considered themselves not only financially superior, but intellectually superior to everyone else. And Planned Parenthood became the golden child of these people because they are the ones who figured out how to make eugenics work. That is what birth control, and especially abortion, are all about. And the reason Planned Parenthood has been so successful is because, unlike other eugenics organizations, they have always been able to keep their agenda hidden from the public. 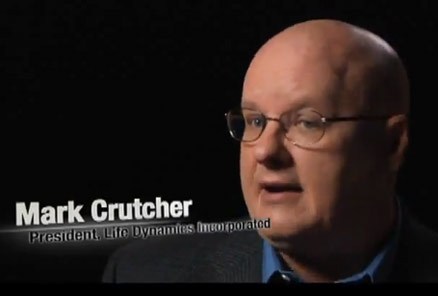 In the days leading up to the legalization of abortion, there were many prominent Black civil rights leaders, including Jesse Jackson, Samuel Yette, Fannie Lou Hamer, Whitney Young, and more who were suspicious of programs that pushed “family planning,” especially those that were placed within Black communities. In reality, Alan Guttmacher, Planned Parenthood’s own former president and also vice president of the American Eugenics Society, admitted that there might be some members of Planned Parenthood’s board who “had the political objective attributed to the organization by [Black] civil rights leaders.”

Believe it or not, Jesse Jackson believed that the Black community was being targeted with birth control, writing in 1971:

Birth Control as a National policy will simply marshal sophisticated methods to remove (and control when not remove) the weak, the poor – quite likely the black and other minorities whose relative increase in population threatens the white caste in this nation. Contraceptives will become a form of drug warfare against the helpless in this nation. Those who we could not get rid of in the rice paddies of Viet-Nam we now propose to exterminate, if necessary, eliminate if possible, in the OB wards and gynecology clinics of our urban hospitals. The direct extension of the old “man-in-the-house” rule against public aid recipients can be detected in the drive for birth control…. 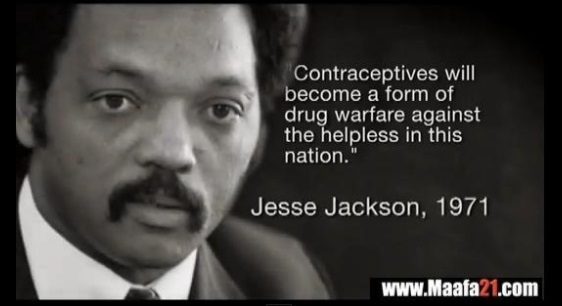 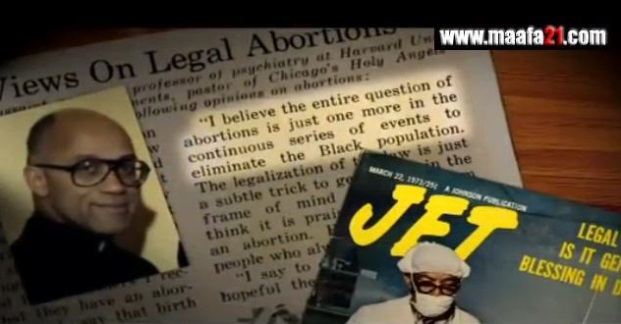 Ironically, within days after the release of Maafa 21’s first edition, U.S Supreme Court Justice Ruth Bader Ginsburg was being interviewed by a reporter for The New York Times and made this astounding admission when asked about Roe v. Wade – the decision that legalized abortion: “Frankly I had thought that at the time Roe was decided, there was concern about population growth and particularly growth in populations that we don’t want to have too many of.”

Today, Planned Parenthood receives half a billion in government dollars every year to promote their agenda. And, as Live Action News has documented already, not only is the Planned Parenthood’s market share of abortions increasing, but nationally, Black abortions are at frighteningly high levels as well.

According to Crutcher, Maafa 21 is changing hearts and minds about abortion. Since release of the film in 2009, Crutcher says a number of Black activists have joined the pro-life movement. One reviewer of the film wrote:

Maafa21 shows, without exception, how African-Americans are the targets of the social elite. In the film, you will learn that civil rights leaders in the 1960’s gave a clear warning that abortion and population control was a tool of Black Genocide. You will see the links between racism, eugenics, and Planned Parenthood’s effort to market abortion to the African American Community.

Maafa21 is loaded with historical references from slavery, the Nazi take over of Germany and the Civil Rights movement within the United States, and will educate young and old alike on the causes of Black Genocide in the modern age.

Maafa21 has been viewed online hundreds of thousands of times and for years, the film has been shown during Black History Month on college campuses, at community centers, theaters, churches, libraries, and more. 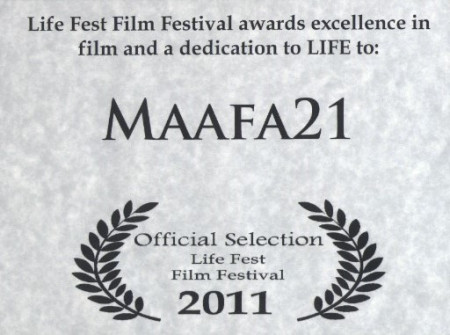 Shortly after its release by Life Dynamics in 2009, Maafa21 was shown in the Capitol Visitor Center Theater in Washington on two occasions. In addition, it was selected as the featured film in the March 2010 Jubilee Film Festival in Selma, Alabama, to commemorate the right to vote and remember the historic “Bloody Sunday” anniversary of the Bridge Crossing Civil Rights march from Selma to Montgomery. Maafa21 was also featured in the 2010 Real Life Film Festival in Sudbury, Ontario, and the 2011 Life Fest Film Festival in Los Angeles, California.

To watch the film in full or order a copy of the DVD, go to www.maafa21.com.