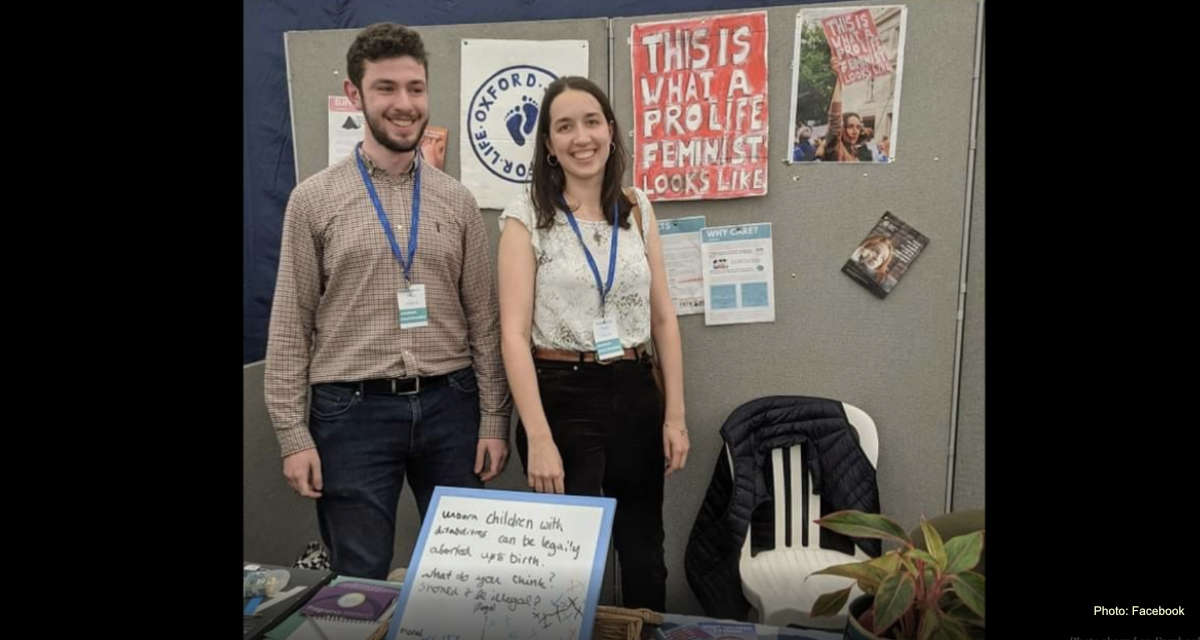 Pro-abortion students at Oxford University destroyed the stall of Oxford Students for Life (OSFL) during the Freshers’ Fair earlier this month, an event at the university that allows freshmen to learn about clubs on campus. The pro-abortion students were so bothered by the mere existence of a pro-life club that they began dismantling the pro-life display and throwing the group’s property in a trash bin, which they then dragged outside.

“Like most student societies of the University, we use the Freshers’ Fair to promote our mission and events,” the OSFL president, who was not named in the article, said. “We are a secular, non-sectarian society, seeking to promote the culture of life at the University and beyond, by fostering discussion and education on beginning and end of life ethical issues, from a pro-life perspective. As someone who describes herself as a pro-life feminist, I believe promoting discussion and serious reflection on issues like abortion which affect women so profoundly is not only deeply worthwhile, but necessary.”

She added, “Many students from all sides of the abortion debate have engaged positively with our stall over the Fair, and we’ve had a huge amount of compassionate and respectful conversations about these ethical issues. We are disappointed that a small group of students decided to take direct action against our stall, and are grateful to those working at the fair who have worked to protect our right to maintain our presence there.”

The Oxford Student Union (SU) was criticized by pro-abortion students on campus, and pro-abortion groups including Oxford Feminist Society and SU’s Women* Campaign or Wom*cam, voiced disappointment that the pro-life group was allowed to participate. Oxford SU told the Oxford Student that it has “a current and live policy on supporting reproductive justice” and that it believes “that no one should have to see their fundamental rights being up for debate, and for that, we apologise.” However, the SU added that it must “adhere to the University Freedom of Speech regulations which we are mandated to follow. This is especially the case for events hosted on University-owned sites, like University Parks.”

Oxford Feminist Society said it took a “firm stance against the pro-life organisation being promoted” at the fair, and Wom*cam said its group “firmly believes that abortion is a human right.” They argued that the resources OSFL was distributing could have triggered students who have undergone an abortion.

There has been an increase in pro-abortion attacks on pro-life groups in recent years. But the argument that abortion is a human right has never been and will never be valid. No one has the right to murder an innocent human being and abortion is the direct and intentionally killing of innocent humans.