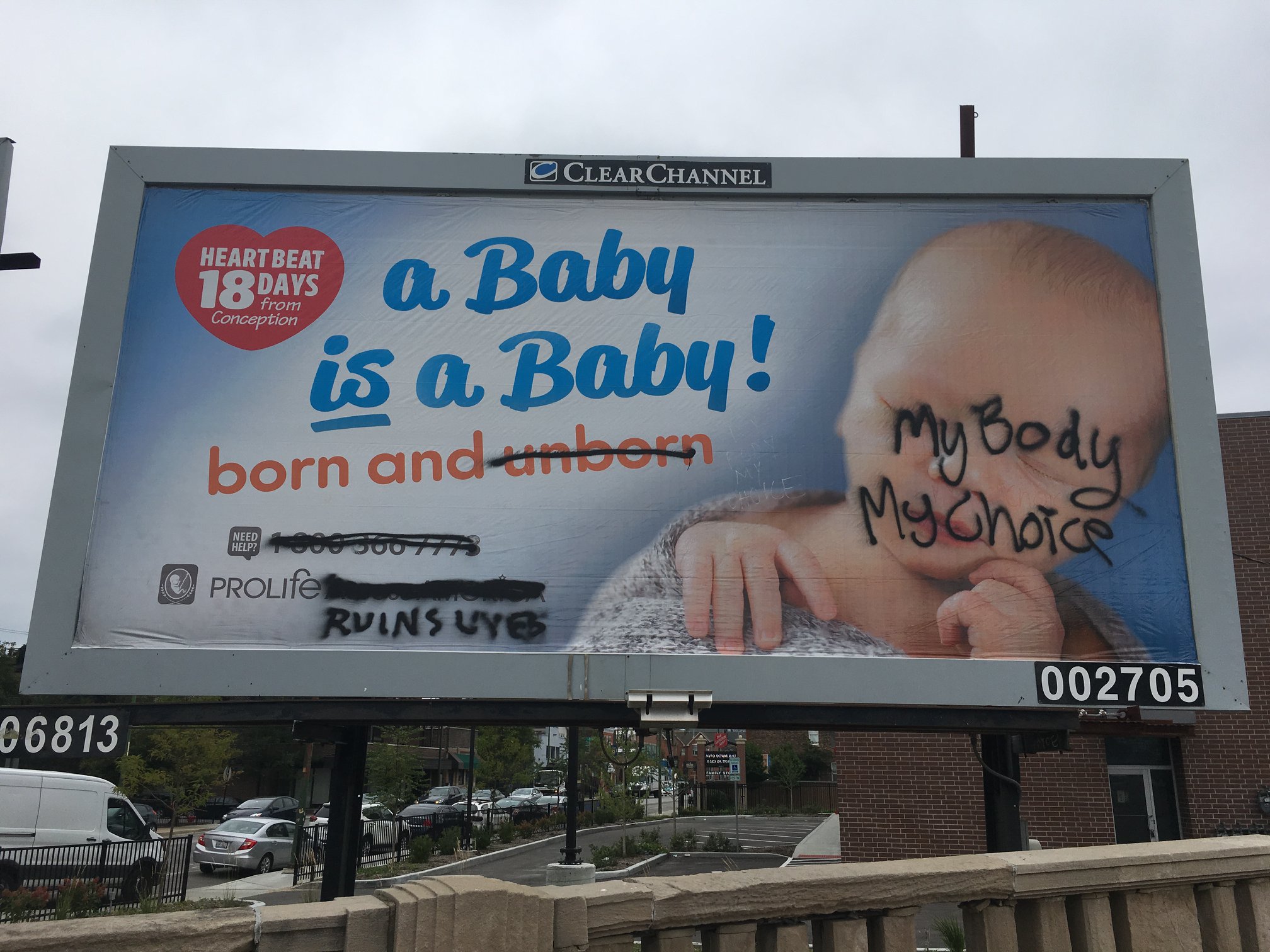 A pro-life billboard in Chicago was vandalized recently, including with the words “My Body My Choice” ironically spraypainted over the face of a newborn.

Eric J. Scheidler, executive director of the Pro-Life Action League shared a photo of the defaced billboard on Facebook, saying that when his organization recently stopped in the city for their “Face the Truth” tour they “were delighted to discover a beautiful pro-life billboard looking down” on them. However, sometime after their visit, the billboard was vandalized and Mary Hallan FioRito, a fellow at the Ethics and Public Policy Center, alerted Scheidler to the pro-life attack.

The vandals crossed out the word “unborn” on the portion of the billboard that read “A baby is a baby! born and unborn,” spraypainted over the telephone number and altered the sign to read “Prolife ruins lives.”

Over the face of the newborn featured on the billboard are the words “My Body My Choice,” which begs the question: what about the baby’s body? What human being would agree to be dismembered just so another human being could go about their life?

This latest vandalism is just one of many recent attacks against the pro-life message. A pro-life pregnancy center in Austin, Texas was vandalized in August with the words “liars” and “fake clinic” spraypainted on the building.

In May, the Right to Life of Michigan Wayne County Educational Resource Center was vandalized with the words “hands off” spray-painted on the front of the building and additional spray paint on the back of the building. 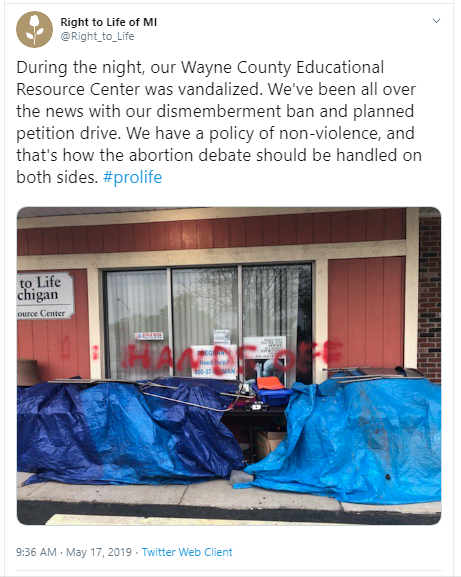 Attacks against pro-lifers through acts of vandalism have also occurred this year at the College of New Jersey with pro-abortion students removing pro-life signs and dumping coffee on them. At Southern Illinois University-Edwardsville, a pro-life display was painted over and a sign was stolen. At a University of Texas Austin event, Students for Life materials were stolen and thrown in a gutter. Pro-life students at Augustana University in South Dakota faced an act of vandalism when the crosses from their “Cemetery of the Innocents” dedicated to the preborn killed by abortion were thrown into the streets and their signs were stolen. And in July, a Human Coalition mobile care clinic which offers free pregnancy tests and ultrasounds to women was vandalized with the words “pro lies to women.”

Physical attacks against pro-life individuals are also on the rise. This week a top Google employee was caught on camera allegedly assaulting a pro-life activist. In May, Created Equal released a video showing a pro-abortion student at the University of North Carolina assaulting one of the pro-life team members. The pro-abortion student kicked and punched him, calling him “a f***ing terrible person!” An 82-year-old pro-life activist was pushed by a woman leaving an abortion facility in April. The elderly woman was hospitalized with a broken femur and a cut to her head requiring surgery and physical rehabilitation.