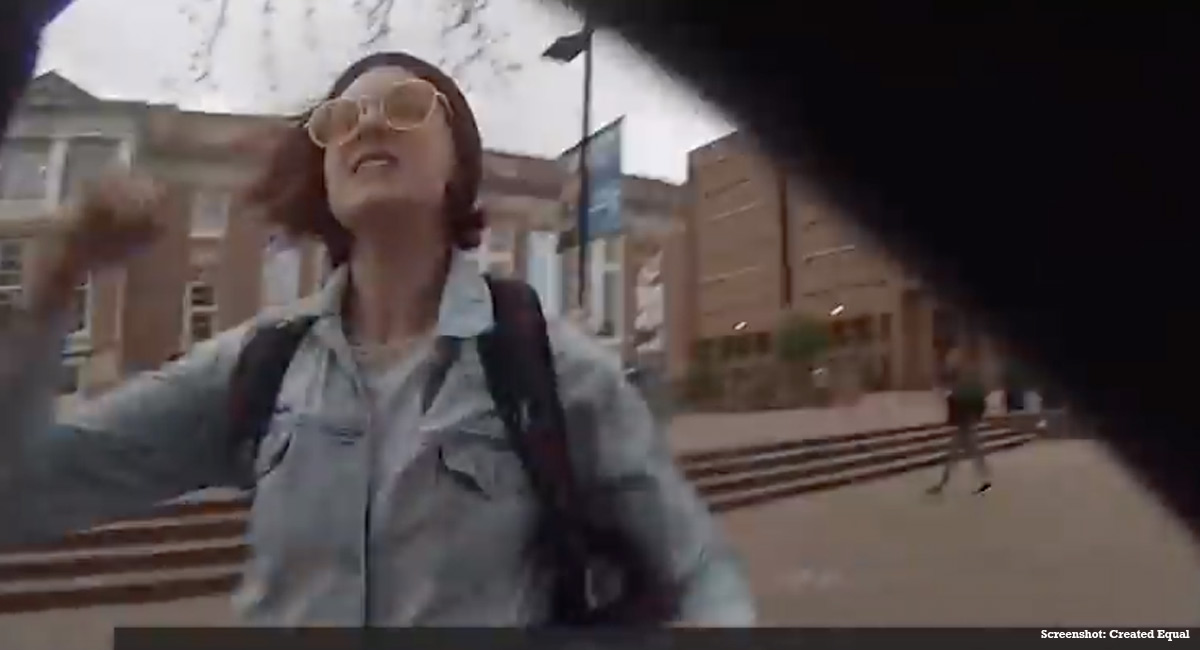 The pro-life group Created Equal recently released a shocking video showing a pro-abortion student at the University of North Carolina in Chapel Hill assaulting one of the group’s team members. Created Equal had set up signs with images of preborn children. At least one featured the text, “PREBORN HUMAN.” The woman approached the Created Equal representatives asking, “Did y’all put these up? Are these you?”

When the pro-lifer responded, “Yeah,” she ran toward him and proceeded to punch and kick him. After he successfully moved away from her, the pro-abortion student screamed, “You’re a f***ing terrible person!”

While the pro-life team summons the police, the woman continues yelling at them, gesturing to the sign and saying, “This is not okay! Shut the f**k up right now!” She continued, “This is wrong! This is triggering!”

Once authorities arrived, the officers explained that the pro-abortion student would not be handcuffed and arrested, but would instead be cited to appear in court on charges of misdemeanor assault.

The disturbing incident captured on video is part of a growing trend of violence toward pro-lifers. This week, a 31-year-old Kentucky woman was charged with second-degree assault for allegedly pushing a pro-life sidewalk counselor, breaking her leg. Earlier this year, an 85-year-old pro-life activist was assaulted while peacefully praying outside a San Francisco Planned Parenthood. Other pro-lifers have been roundhouse kicked and violently assaulted.

In addition to the recent incident in North Carolina, Created Equal has captured other violence and theft by pro-abortion activists in videos posted to the group’s YouTube channel. In one video, a student stole and vandalized pro-life signs; in another, an angry man attacked a Created Equal staff member at an Ohio high school; in yet another, a masked student attacked a pro-life display.

The number of violent incidents is alarming. As many commentators have noted, abortion is an act of violence, so the violence of those who defend it should not be surprising. Created Equal and other groups showing the reality of abortion or praying and offering women alternatives to abortion are a threat to the pro-abortion world view because they unmask abortion for what it really is: the destruction of a living, preborn child. If the images of preborn children are “triggering,” perhaps it makes more sense to lash out in anger at the act of abortion than at those who are allowing it to be seen for what it is.