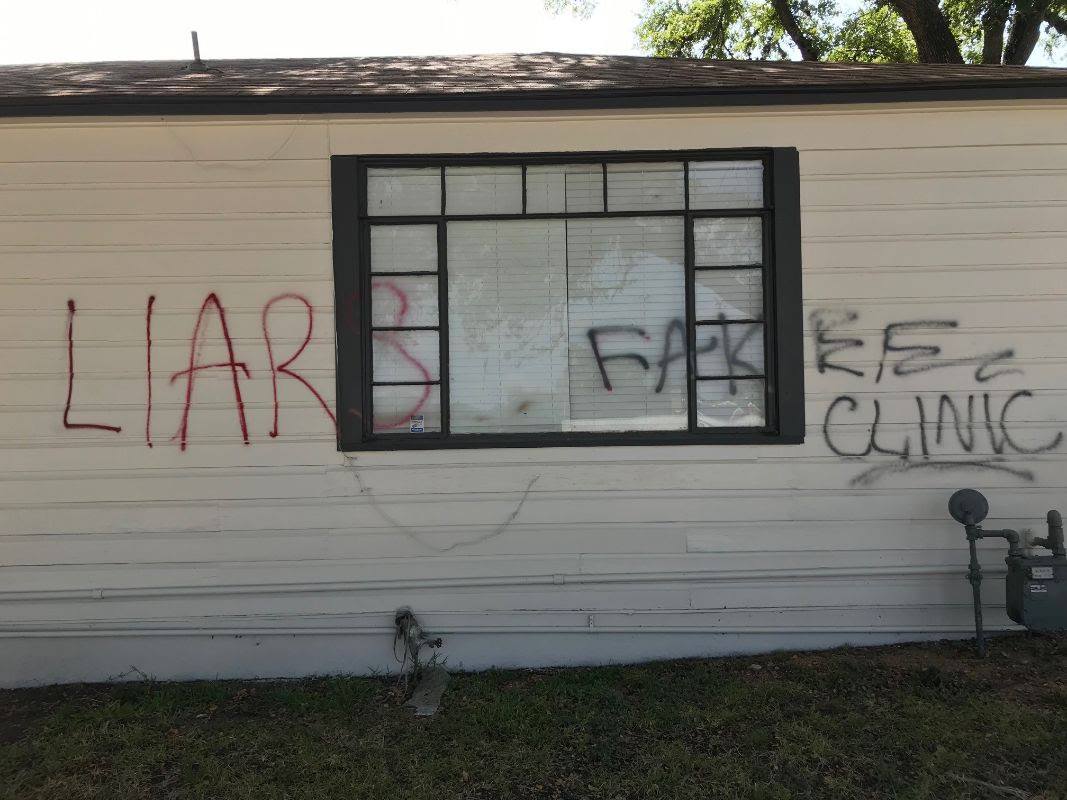 Unknown opponents of Austin LifeCare disfigured the new paint on its new building, painting the words “Liars” and “Fake Clinic” across the side and the front.

Andy Schoonover, CEO of Austin LifeCare, indicated that the graffiti did not come as a shock.

“We are not surprised,” Schoonover said. “After all, we had a rock thrown through the window just a couple of months back. We are in [left-leaning] Austin. We are fighting for women and their babies. This just comes with the territory.”

READ: Parents chose life for baby Grace, who would die at birth: ‘Her life has purpose’

The idea that pro-life pregnancy care clinics are “fake clinics” is frequently used by pro-abortion activists as an excuse to protest the life-saving medical establishments. In 2017, opponents of pro-life care burst into the Atlanta Women’s Care Clinic to shout at patients that they were being lied to.

Shoonover said that while the vandalism to the Austin center is “an inconvenience,” his team knows that the people who did this “are most likely hurting, either having had or facilitated an abortion, and are in need of the healing power of the gospel.”

“These folks think that we are trying to lure women into our clinic by convincing them that we provide abortions, then trying to strongarm them into keeping their babies. This is the farthest from the truth.”

Schoonover stated that Austin LifeCare staff let every client know when she makes an appointment that they neither perform nor refer for abortions. “We make it abundantly clear to ensure that we do not mislead our clients.”

“As for the ‘Fake Clinic,’ I invite anyone to come down and see us, meet our R.N., Nurse Practitioner, and RDMS licensed sonographers to see for themselves whether or not we are a fake clinic.”

The Christian Post reported that the new building was used as an abortion clinic by Whole Women’s Health, “the second largest abortion provider in Austin.” Austin LifeCare took over the lease this summer and transformed it into a center that helps babies and moms.

According to its website, Austin LifeCare was founded in 1984 to serve the multiple needs of women and families coping with an unplanned pregnancy. It has since developed a sexuality education program for schools throughout the Austin area and a post-abortion counseling program.