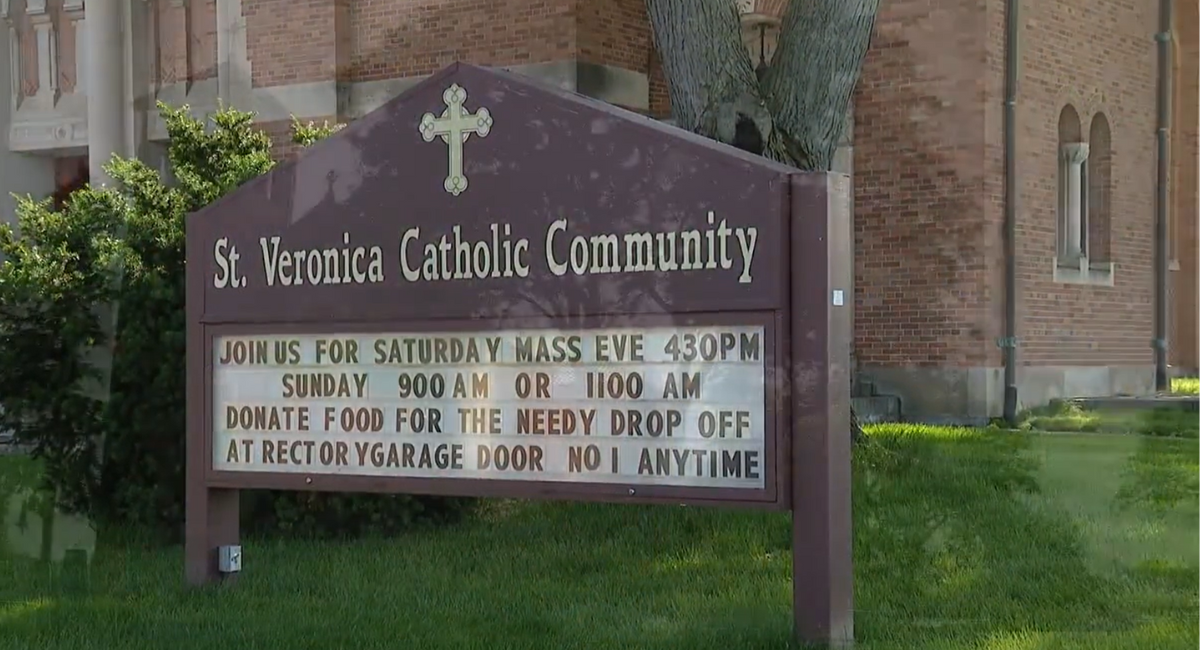 Pro-abortion protesters disrupted Sunday Mass at St. Veronica Catholic Church in Eastpointe, Michigan, on June 12th. One woman was nearly naked, wearing only what appeared to be fake fig leaves as makeshift underwear, while another woman joined her in interrupting the priest’s homily with pro-abortion chants, including “Overturn Roe? Hell no,” and “Abortion without apology.” The nearly nude woman was forcibly removed by churchgoers, and the other woman was escorted out by ushers as well. While the women were being removed, a male churchgoer chanted, “Abortion kills babies!”

Video of the incident, which has been removed from both TikTok and Twitter, can be viewed in part on Fox 2 Detroit’s website. Local police have been notified of the incident. The protesters are believed to be associated with the pro-abortion group, RiseUp4AbortionRights.

In a statement to Catholic News Agency, the Archdiocese of Detroit said it has been warning local pastors and parishes about incidents in other dioceses. “We are sad to see protestors disrupt a liturgical celebration and disrespect those who were gathered in prayer,” spokesman Ned McGrath said. “All religious communities should be free to worship without fear. In the Archdiocese of Detroit, we are committed to accompanying women and families facing difficult or unexpected pregnancies and advocating for laws that protect the lives of unborn babies and mothers.”

Pro-abortion protesters have been escalating violent tactics, frequently targeting churches, since the draft opinion leak in the Supreme Court case Dobbs v Jackson Women’s Health Organization. Groups including Ruth Sent Us have threatened to burn the Eucharist and have called for protesting and/or interrupting services at churches. Churches that have experienced disruptions include His Nesting Place Church in Long Beach, California, Joel Osteen’s Lakewood Church in Houston, Texas, and the Cathedral of Our Lady of the Angels in Los Angeles. Multiple additional churches across the nation have been targeted with graffiti and other acts of vandalism.