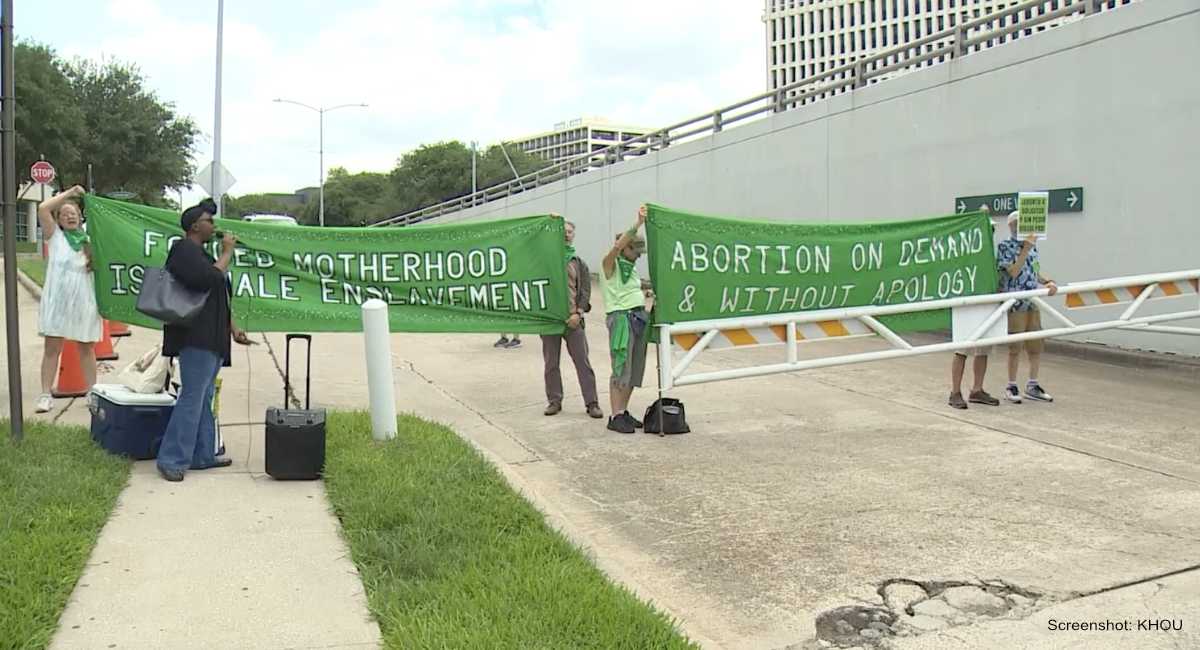 Since a draft opinion on the pending Supreme Court case Dobbs v. Jackson Women’s Health Organization was leaked on May 2, some abortion advocates have been vandalizing churches and disrupting religious services in protest. This past weekend saw more of the same as activists with RiseUp4AbortionRights stormed services at Joel Osteen’s Lakewood Church in Houston, Texas, on Sunday, June 5, and attempted to disrupt priestly ordinations at the Cathedral of St. Mary of the Assumption in San Francisco on Saturday, June 4.

According to the Catholic News Agency, activists with the RiseUp group’s Austin-based affiliate invaded Lakewood Church during Osteen’s sermon on Sunday. They shouted expletives and the slogan “my body my choice” and stripped down to their undergarments before being escorted out of the building.

The choice of Osteen’s church as a protest site was perhaps not an obvious one, as the pastor and his church are not necessarily known for taking a hardline stance on the issue of abortion.

Across the country, activists representing the same RiseUp4AbortionRights umbrella group attempted to interrupt the ordinations of the Archdiocese of San Francisco’s newest priests on Saturday. However, they were thwarted from this purpose by counter-protestors from Pro-Life San Francisco and church security. Both had advance notice of the pro-abortion group’s protest, as that group had tweeted about the action two days prior. Church security directed protestors to the nearby plaza, where they remained for about an hour and a half, according to Pro-Life San Francisco activist Anastasia Rogers, who was present.

The Cathedral’s Sunday services were disrupted by pro-abortion protestors near the end of February earlier this year. They entered the church during Mass dressed as “handmaids,” carrying signs and screaming various pro-abortion slogans at churchgoers. RiseUp4Abortion rights cheered this action on its Twitter page.

This group and others like it were responsible for church disruptions and protests across the country this past Mother’s Day, including in Los Angeles and New York City. Several churches across the country have been vandalized and graffitied with pro-abortion messages and threats over the past month, as well.