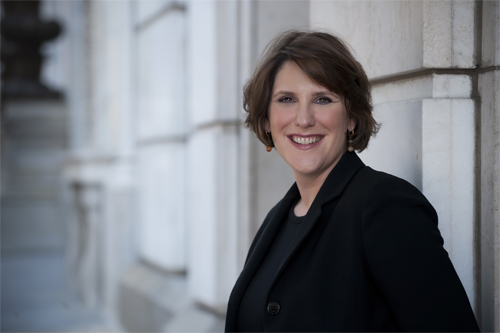 On Friday, President Donald Trump announced that he will appoint Charmaine Yoest as assistant secretary of public affairs at the Department of Health and Human Services.

Currently a fellow at American Values, a pro-life group that envisions “streets without bullets, schools that prepare our children for success, laws that protect our people and a government that serves its citizens,” Yoest is also a former president of Americans United for Life.

Speaker Paul Ryan congratulated Yoest in a tweet, stating that the Trump administration “demonstrates [a] strong commitment to the pro-life cause.”

Americans United for Life has been defending life for decades by helping states create pro-life laws that are effective and legally sound enough to survive challenges in court. Per the group’s website:

[Americans United for Life] developed the approach of moving between legislatures and courts to further contain Roe. AUL began to work strategically with state legislators to craft legislation that further restricted abortion, but would survive judicial scrutiny. Serving thousands of state and federal legislators with expert advice in drafting legislation, AUL’s model laws have been enacted in dozens of states and led to frequent court challenges in which AUL attorneys serve as key legal advisors.

Shortly following the announcement of Yoest’s appointment, big business abortion agents predictably began spreading fear and misinformation about Yoest and what her appointment to the HHS position means.

Dawn Laguens, executive vice president of Planned Parenthood Federation America, complained, “Charmaine Yoest has spent her whole professional life opposing access to birth control and a woman’s right to a safe, legal abortion. While President Trump claims to empower women, he is appointing government officials who believe just the opposite.”

Laguens’ emphasis on birth control is a predictable attack Yoest has faced before. In fact, she has directly addressed it before.

“It’s really a red herring that the abortion lobby likes to bring up by conflating abortion and birth control,” Yoest said in 2011. “And that’s why we try to stay very clear on differentiating between the two, and what is and is not an abortion.”

As assistant secretary of public affairs, Yoest will report to HHS Secretary Tom Price, another favorite target for demonization by pro-abortion talkers. Hopefully, President Trump’s nominations and appointments thus far indicate intent to follow through with the promises he made to defund Planned Parenthood.