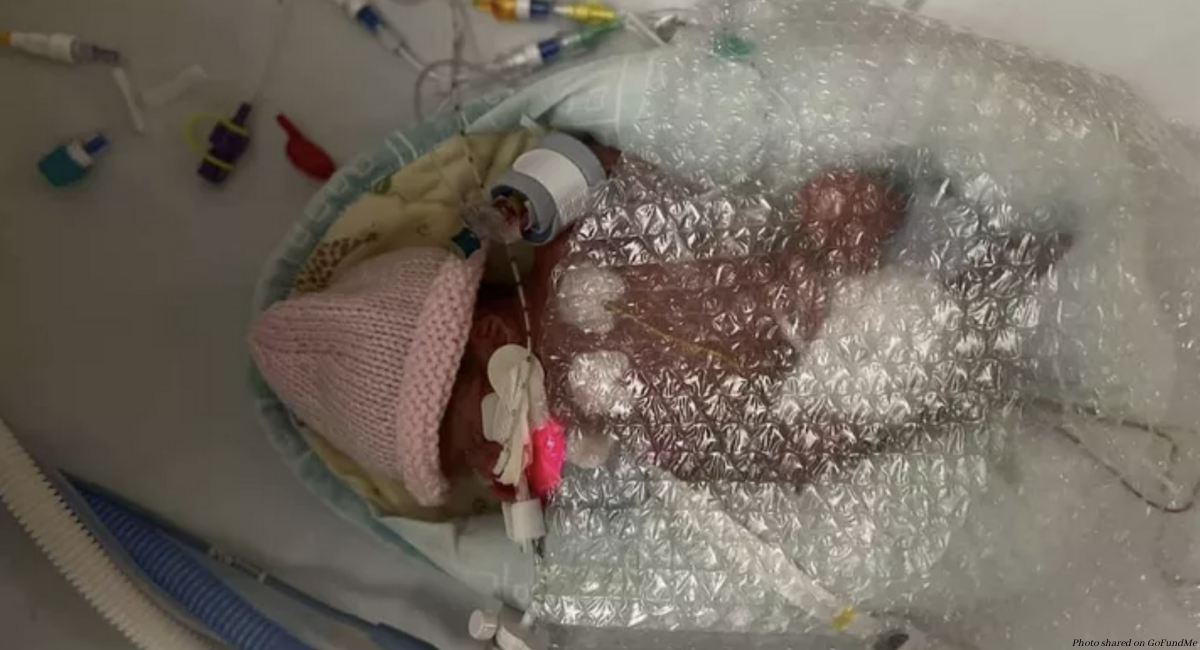 Baby Elli Robertson was born premature at just 25 weeks and four days on February 22 in Glasgow, Scotland, weighing just under one pound, seven ounces — roughly the size of a can of soda.

Mom Caitlyn Robertson’s water broke unexpectedly on February 18, according to the Daily Record. Doctors did not think her baby girl would survive, and decided to let labor happen naturally. She was born four days later, and suffered a bleed in the brain three days later that may result in a yet-to-be-diagnosed disability.

“It’s the highest grade of bleed and she will have some form of disability but we won’t know what that is until she gets older,” Robertson explained. “The bleed could stay the same or get worse or she might not make it at all — it’s a lot to take in.”

Despite the brain bleed, a skin infection, and a drop in weight, Elli seems to be holding her own right now. She no longer requires the use of a ventilator to help her breathe, and has been surprising doctors.

“It’s a long journey ahead but she’s defied the odds so far,” said Robertson. “At first she needed a ventilator to breathe but she’s doing it on her own now, and she’s moved on to getting treatment to help keep her lungs open to make it easier for her. She is just so tiny that it’s really hard to hold her as something could break so she’s only handled every six hours. Me and my husband have only held her once and she weighs little more than a can of coke. She’s the size of an average hand.”

Now weighing just 678 grams, doctors are watching Elli closely and carefully monitoring her weight. Her parents are trying to spend as much time with her at the hospital as possible, but are also caring for their two sons — Oliver, age four, and Hunter, age 18 months.

“We have two wee boys so we can’t just spend all day at the hospital with Elli which is very hard,” explained Robertson. “It’s been awful for her big brothers as I can see my sons are struggling, not knowing where she is, especially my eldest, he just doesn’t understand.”

Friends of the family have set up a fundraiser to help the family cover the expenses they are facing.