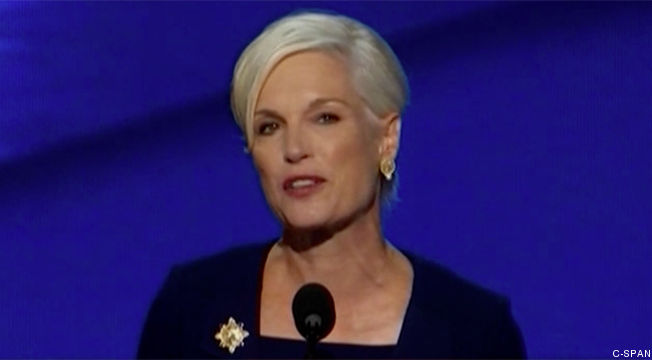 On her April 13th MSNBC show, Rachel Maddow made the following observation: “The thing that no one really seems to be saying is, hey, it’s also really important that Planned Parenthood is able to provide access to abortion. Do you think that is emerging as a political problem here, that people – there aren’t enough people standing up specifically for the abortion rights side of this fight?”

Maddow was speaking to Cecile Richards, the president of Planned Parenthood. As she always does, Richards dodged the question by changing the subject. “Well, I think folks are very familiar with Planned Parenthood that we provide full reproductive health care in America. And that’s really important,” she answered.  “But I think what is important, too, Rachel, that folks understand that literally what the House of Representatives and what Speaker Boehner are trying to do is

not end abortion services. They are literally trying to eliminate birth control and cancer screenings for women.”

Once again, Richards said: “They are literally trying to eliminate birth control and cancer screenings for women.” And to put this in context, Richards had just finished complaining about others making outrageous statements. So this was a serious answer. Amazing.

Maddow kept trying. “On that specific issue of abortion, though, specifically really with that issue in the states I guess rather than at the federal government because we got the Hyde Amendment at the federal level, do you expect this fight to morph into a, frankly, Democratic Party-based defense of access to abortion?” she asked. “Right now, Democrats are not mounting a very stiff resistance to what Republicans are doing in the state, specifically on access to abortion services.”

In response, Richards avoided even mentioning the word abortion, let alone defending the practice. “I have actually been encouraged at the federal level to see not only Democratic senators coming to the defense of Planned Parenthood but also Republican senators,” she told Maddow. “So, I am hoping we’re beginning to see Republicans and Democrats come together in defense of women’s reproductive health care.”

The pro-abortion position is so weak that Richards can’t even defend abortion when speaking to a sympathetic pro-abortion television host. No wonder she refuses to debate anyone on the pro-life side.