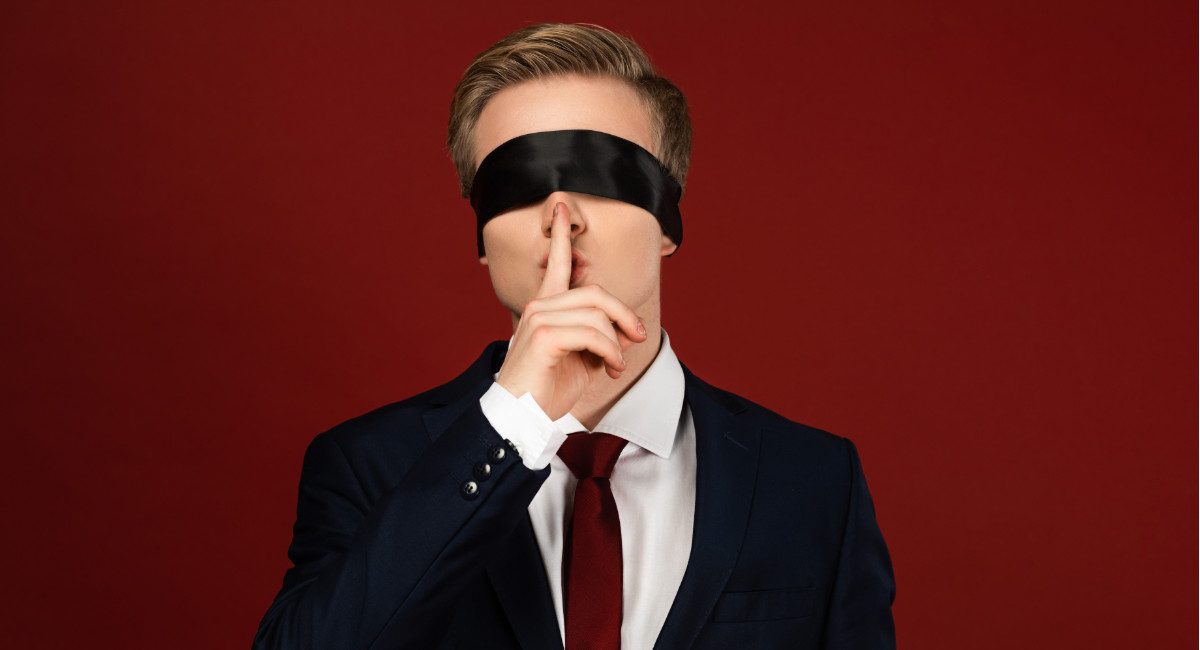 The efforts of pro-abortion local and state politicians to investigate pro-life pregnancy resource centers (PRC) and paint them as dishonest and dangerous to women have ramped up since the leaked Supreme Court draft opinion in Dobbs v. Jackson Women’s Health Organization in May, which officially overturned Roe v. Wade on June 24.

Pro-abortion politicians are fervently attempting to discredit non-profit pregnancy centers (which are almost entirely donor-funded), dictate how they advertise their services, investigate their practices, and even force them to refer women to abortion businesses. Meanwhile, the abortion industry has faced scandal after scandal and is praised, defended, and propped up by political allies… and with taxpayer dollars.

PRCs exist to serve women and their families. Some women visit PRCs because they know they don’t want an abortion. Others visit because they aren’t sure if they want to have an abortion, raise their child, or place the child with an adoptive family. Some search for abortion online, find a pregnancy center, and make an appointment for a free pregnancy test or ultrasound. Others turn to a PRC after they have gone through an abortion and are dealing with emotional trauma as a result.

Abortion advocates — the vast majority of whom have likely never been inside a PRC — are claiming PRCs only offer “limited services.” But these centers offer specific services — just like any other business or non-profit organization. Just because PRCs do not commit or refer for abortion does not mean their services are somehow “limited.” In fact, they offer free services that include pregnancy tests, STD testing, ultrasounds, education classes, baby gear, clothing, and even help with housing, health care resources, and child care resources. Read more on that here.

In 2018, Hartford, Connecticut, passed an ordinance requiring pro-life pregnancy centers to post signage stating, “This facility does not have a licensed medical provider on site to provide or supervise all services” — and they did so despite the fact that the U.S. Supreme Court had just ruled California’s similar law to be a violation of the First Amendment.

Clearway Clinic’s Kelly Wilcox told Live Action News that ordinances like these are compelled speech that the government is prohibited from imposing because they violate constitutional rights and religious freedom.

Now that Roe is gone, pro-abortion efforts to take life-affirming choices from women are increasing. Senator Elizabeth Warren (D-Mass.) continues to push for investigations into PRCs; cities like Columbus, Ohio, and Allentown, Pennsylvania, are looking to pass ordinances to investigate PRCs and attempt to dictate how they advertise. Meanwhile, abortion businesses are getting away with horrific practices (unsanitary facilities, drugged patients, allegedly selling fetal body parts after illegally altering abortion procedures, and possibly committing illegal abortion procedures and infanticide).

In 2015, undercover journalist David Daledien exposed a major scandal in the abortion industry. Planned Parenthood and the National Abortion Federation (NAF) were caught in multiple videos discussing fetal body part sales after allegedly illegally altering abortion procedures so as to not ‘crush‘ the organs they wanted to sell. Dr. Mary Gatter, president of Planned Parenthood’s Medical Director’s Council and medical director of Planned Parenthood of Pasadena and San Gabriel Valley in California, even haggled over the price of body parts, laughing that she wanted to make enough money to buy a Lamborghini.

Despite the hours of undercover video showing the alleged illegal activity of the abortion corporation, pro-abortion politicians took no steps to investigate the allegations, and even publicly supported Planned Parenthood. Representative Nancy Pelosi, Senator Barbara Boxer, then-Democrat presidential candidate Hillary Clinton, White House Press Secretary Josh Earnest, and others admitted that they hadn’t even watched the videos that purported to show Planned Parenthood breaking state and federal laws — but they still claimed (without proof) that the videos they had not viewed were “heavily” and “deceptively” edited.

Instead, Daleiden was investigated. Then-Attorney General of California Kamala Harris (now the U.S. Vice President) ordered a raid on his apartment and gave unreleased videos found there to the National Abortion Federation. Daleiden would later sue Harris in 2020 along with the next Attorney General, Xavier Becerra (now U.S. Secretary of Health and Human Services under President Biden) for conspiracy to violate his civil rights.

“David Daleiden became the first journalist ever to be criminally prosecuted under California’s recording law, not because of the method of video recording he utilized in his investigation — which is common in investigative journalism in this state — but because his investigation revealed and he published ‘shock[ing]’ content that California’s Attorney General and the private party co-conspirators wanted to cover up,” the lawsuit reads. “Defendants seek their ‘pound of flesh’ from Mr. Daleiden and to chill other journalists from investigating and reporting on that same content.”

In 2019, Planned Parenthood officials admitted during sworn deposition testimony that the statements Planned Parenthood had made in Daleiden’s undercover investigations were accurate and had been “spoken by those persons” who had been named by Daleiden.

Several years later, Daleiden is still fighting to get the rights to his own recordings restored, while Becerra and Harris are still propping up the abortion industry. In March, Becerra visited Planned Parenthood of Northern New England and awarded it a $500,000 grant after the state voted to remove public funding from abortionists. Becerra was sure to let Planned Parenthood know that it has the full support of the Biden administration.

“We’ve got your back,” Becerra said, according to WMUR. “And there have been some challenging times. I don’t think they’re over, but you hung in there, and we hope to make a commitment to you that we’re not going to leave.”

Live Action’s most recent undercover investigation revealed that the Washington Surgi-Clinic in Washington, D.C., is requiring women to take Xanax prior to speaking with abortionist Cesare Santangelo and giving final consent for the abortion. This drug can cause cognitive impairment.

In the video, the nurse tells the undercover woman, who was 28 weeks pregnant (emphasis added), “[W]e have to make sure that — that’s in your system before you talk to the doctor. He’s not going to be able to speak with you until he is ready to do [the abortion]. And you’re actually pants off in the room.”

Dr. C. Ben Mitchell, ethicist and former Graves Chair of Moral Philosophy at Union University, reviewed the footage and explained that it “indicates a likely ethical violation and could warrant further inquiry due to it demonstrating that patients were required to ingest Xanax before a full medical consultation could occur.”

He added, “Being a physician entails profound ethical responsibilities and professional duties to the patient to inform, treat, and care. The physician himself or herself is ultimately responsible to ensure informed consent, in which the patient understands the diagnosis, treatment options, potential outcomes, and possible complications of a procedure or medication. That means being available to the patient to answer any questions the patient has about his or her care. Failure to do so is a dereliction of duty.”

A complaint was filed with the D.C. Medical Board, but authorities and lawmakers have not sought an investigation into the matter.

Justice for the Five

Another recent abortion-related incident that has been ignored by authorities is that of aborted children who were found in medical waste from the Washington Surgi-Clinic in D.C. by pro-life activists.

The five babies appear to have been killed late in pregnancy or after birth, with one estimated to have been as old as 32 weeks. Experts have suggested that these babies could have been the victims of infanticide. Dr. Santangelo has admitted he does not use feticide while carrying out later-term induction abortions, leaving open the possibilities for babies to be born alive and either killed or left to die.

Experts also believe one of the babies may have been the victim of the illegal D&X or “partial-birth” abortion procedure. Still, no effort has been made by authorities to investigate the inhumane treatment and possible illegal killings of these babies.

In 2011, Pennsylvania abortionist Kermit Gosnell was arrested after the Drug Enforcement Administration raided his abortion businesses due to illegal drug sales. What they found was much more horrifying: baby feet in jars, cat feces, fleas, carpet soaked with urine, and rusty and unsanitary medical equipment. He had been allowing untrained, uncertified staff members to administer medications — and as a result, at least one woman died. Numerous babies were born alive and killed by Gosnell, who used scissors to “snip” their spinal cords.

There was a trail of missed opportunities — failures at the hands of the Pennsylvania Departments of State and Health and the Philadelphia Department of Public Health — that allowed Gosnell to operate his abortion business in such horrific conditions for so long. Numerous complaints were filed against him for decades — accounts of women being injured and even infected with sexually-transmitted diseases — but the authorities who were supposed to be inspecting his clinic completely ignored those complaints.

In addition, NAF member facilities were referring women to Gosnell for late-term abortions at his facility in Philadelphia. NAF did inspect Gosnell’s facility — but failed to report him, despite the inspector calling it the worst abortion facility she had ever seen.

Gosnell is not an outlier. Some abortion facilities continue to operate under horrible conditions. Only 23 states have licensing laws for abortion facilities. Those that do receive complaints are not often investigated — and many are openly operating without a license.

For years, Live Action has been exposing Planned Parenthood and the abortion industry for its unethical and often criminal practices, including failure to report suspected child sexual abuse as mandated, committing Medicaid fraud, protecting sex traffickers, and lying to women about fetal development.

Pro-abortion legislators and authorities continue to turn a blind eye to these practices, allowing babies to be killed and women to suffer. And now they want to investigate pregnancy centers simply because they won’t refer women to abortion facilities or offer abortion themselves.