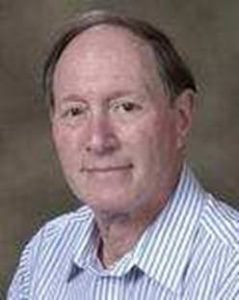 A Kansas abortion doctor is blaming Planned Parenthood after his medical license was suspended for failing to comply with a state law to preserve fetal tissue taken from a 13-year-old sexual abuse victim after her abortion.

Under state law, physicians are required to preserve fetal tissue extracted from abortions committed on patients under 14 years old and submit the tissue to the Kansas Bureau of Investigation (KBI) or laboratory designated by the director of the KBI.

But osteopathic physician/abortionist Allen S. Palmer testified that Planned Parenthood never trained him how to handle these cases in order to comply with state law.

Palmer was a part-time “contractor” for Comprehensive Health of Planned Parenthood of Kansas City and Mid-Missouri, committing abortions one weekend per month for five years. He also worked holidays, including Christmas. On December 22, 2014, Palmer performed a first-trimester abortion at Planned Parenthood on a 13-year-old child who had been sexually assaulted by a 19 year-old male.

In his testimony before the Kansas Board of Healing Arts, Palmer made excuses for why he was unaware that the patient was a minor, laying blame squarely on the policies of Planned Parenthood. “I was not informed that she was a minor under age 14. As a result, there was no need to retain tissue,” he told the Board.

Live Action News has reported numerous incidents where Planned Parenthood failed to report child sexual abuse, resulting in some victims being returned to their abusers.

Palmer told the Board that in Illinois, he performed abortions on a dozen minor girls in “twenty years,” and that those cases were reported to police. But he testified that he had not committed an abortion on a minor in Kansas prior to that 2014 incident, because those abortions were usually performed by Planned Parenthood’s medical director, “Dr. [Orrin] Moore.”

[…] I was informed by Doctor Moore… the clinical medical director, that terminations of pregnancy performed on minors were done only by him. Therefore, I never received training or information regarding Planned Parenthood’s policies and procedures to ensure compliance with the law when terminating pregnancy in minors and preservation of tissue. I was never shown or trained on a KBI kit and its requirements.

Palmer claimed it was the duty of Planned Parenthood’s counselors to determine the patient’s age. His job was to check the ultrasound, not to review the patient’s paperwork. According to Palmer, it was common practice for the counselor, not the doctor, to be informed if a woman had a serious medical condition as well.  In other words, abortionists at Planned Parenthood didn’t make it their business to be aware of critical medical information — they were only there to commit abortions. So much for patient care.

They get a blood test with a lab tech. The ultrasound is performed by a clinical staff member, and then receive counseling from the clinic counselor before seeing me. When I see the patient, I’m assuming that they’ve been screened and counseled by Planned Parenthood staff according to their policies and procedures and according to the state law and have been determined to be candidates for an abortion.

Termination of pregnancy occurs in a surgical room. Once a patient enters the room, I first check the computer to make sure I have the correct patient by asking her name. I review the ultrasound and verify the gestational age. Once again, confirming that the patient understands the procedure and I ask her if there is any questions. Then I proceed with the termination.

Once the procedure is completed and tissue removed and taken to another area of the clinic, evaluated, the patient is taken to a post-op area. I examine the tissue with the surgical tech. After I examine the tissue, I leave it to the surgical tech to handle it from there. In the room — in the room the tissue was taken, there was no KBI evidence kit or anything to establish chain of custody for evidence or to instruct any preservation of tissue.

Palmer further defended his actions by claiming that there was no signed operative consent before he did the abortion. The 78-year-old abortionist was represented by his attorney, Thomas L. Theis, who made the point that Planned Parenthood was in the business of performing abortions on all ages. Theis discovered that although the abortion was committed in December, the “consent form” was not signed until January.

A copy of the Board’s final order mentions this fact:

Although Palmer met with the child before the procedure, he did not guess her age because “you cannot do that with women anymore.” Instead, Palmer depended on Planned Parenthood staffers to “receive the proper training and knowledge of their own policies and procedures in termination of pregnancies in minors and alert me to the fact that there was a minor left alone — let alone a minor under 14.”

Palmer stated that he discovered the victim was a minor after he committed the abortion when Planned Parenthood’s chief operating officer, Aaron Samulcek, “informed me that the clinic had a system failure.” He added that nurse manager Christi Campbell, who performed the ultrasound, “came up to me crying and hugging and apologized for not telling me the patient was less than 14 years old.”

Palmer also claimed that staffer Marlo Lubron told him that “the entire nursing staff were unaware the patient was 14 — or less than 14 years old,” adding that Stephanie Williams, the facility’s health center manager, “as well as Evelyn, the surgical tech” were later fired.

While the Board found it “apparent” that there were “inadequacies” in Planned Parenthood’s policies, they determined that it did not absolve Palmer from “his independent duty to his patient and to comply with the law of the State of Kansas.”

Palmer begged the Board to allow him to keep his license, telling members, “I am no longer performing abortions in any state. I closed my office eight years ago. I recently gave up my Illinois license. My Kansas license is due to expire in October. I do not plan on renewing it. After closing my office, I became certified as a wound specialist and work in a wound center part-time in Missouri.”

In the final order, the Board determined that Palmer had a responsibility to know the age of his abortion patients and comply with the law regardless of Planned Parenthood’s failures. As a result, the Kansas Board suspended Palmer’s medical license for ninety days in the state, effective September 18,2017.