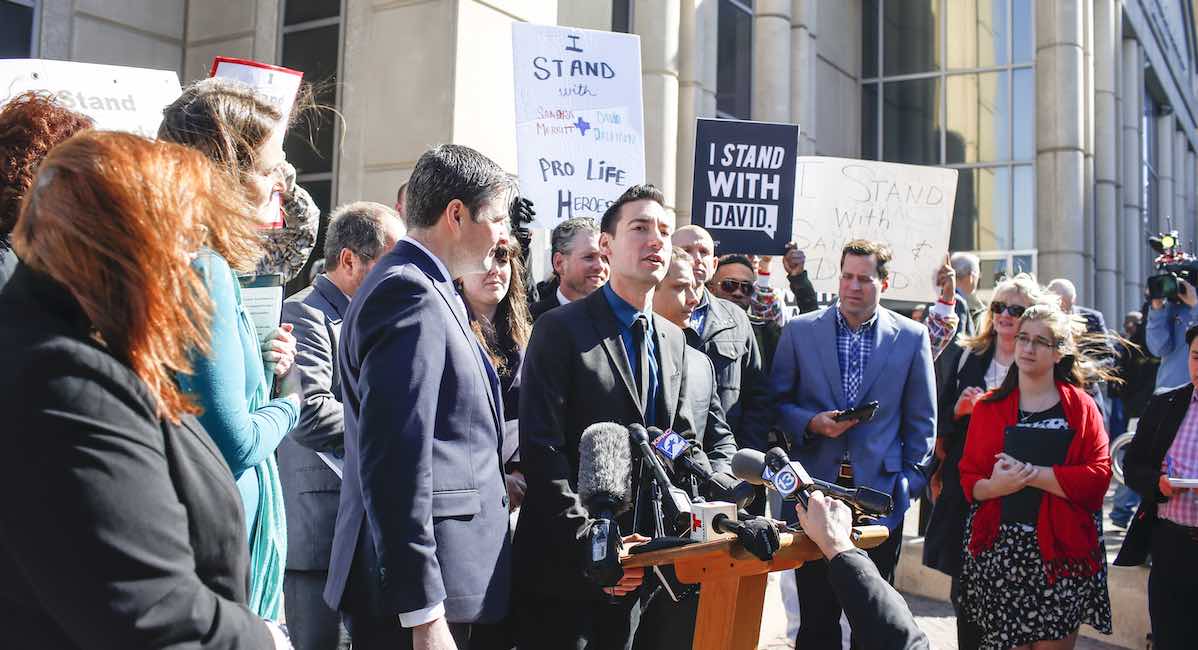 The Center for Medical Progress (CMP) and its president and lead investigator David Daleiden announced Thursday that they have filed a defamation suit against Planned Parenthood Federation of America after the abortion corporation repeatedly and inaccurately accused CMP of “false,” “fake,” and “manufactured” reporting, despite analysis proving the videos were authentic and not manipulated.

In a statement, Harmeet Dhillon, counsel for Daleiden and CMP, explained why the lawsuit was filed. “Planned Parenthood has tremendous power and influence in our society. But even it must adhere to legal norms,” Dhillon said. “We filed this lawsuit to hold PPFA accountable for damaging falsehoods it uttered concerning our clients’ groundbreaking journalism that exposed shocking practices it would rather keep hidden — for good reason. Planned Parenthood is not above the law. We look forward to the merits litigation of this lawsuit.”

In 2015, CMP released its first video after 30 months of undercover investigations. Within months, Cecile Richards, the president of Planned Parenthood at that time, was summoned to appear before Congress to offer some sort of explanation. Despite Planned Parenthood and pro-abortion media claims that the CMP videos were “deceptively edited” and “highly doctored,” two independent forensic analyses of the videos found no evidence of doctoring or manipulation.

“Instead of coming clean about its ruthless pursuit of profit from selling the remains of aborted children, Planned Parenthood tried to smear David Daleiden, the man who blew the whistle on its dirty secret,” Peter Breen, Vice President and Senior Counsel for the Thomas More Society, who currently represents Daleiden, said in a statement. “In its earlier lawsuit against David and the Center for Medical Progress, Planned Parenthood fought to avoid scrutiny of its illegal fetal tissue trafficking. This new lawsuit puts Planned Parenthood’s grisly business practices front and center, to prove the truth of the conclusions of David’s investigation, which were also confirmed and echoed by the United States Congress and other government officials.”

In new videos recently released by CMP, Planned Parenthood abortionists and medical directors can be seen testifying under oath about their remarks caught on camera by CMP. They admitted to altering abortion procedures to better obtain the body parts of aborted children, including potentially committing illegal partial-birth abortions. Another video showed Planned Parenthood officials admitting to the very thing the abortion chain has been attacking Daleiden for exposing — the trafficking of fetal body parts.

Dr. Ginde published a book and made a TEDx presentation, in which she falsely claims that the videos were “dubbed” and “spliced and diced…” and that they did not reflect her actual statements…The Ginde Videos accurately portray the discussions that Dr. Ginde had with Mr. Daleiden during the undercover investigations. No facts were fabricated or added to the video. Neither the context of Dr. Ginde’s statements, nor the accompanying audio, was manipulated.

“Planned Parenthood admits my videos are true when under oath in federal court, but when speaking to the public, Planned Parenthood lies and calls the videos fake,” Daleiden said in a statement about his most recent lawsuit. “I have put my life on hold for five years to report, with video evidence, the trafficking of aborted infants that I and others witnessed at the highest levels of Planned Parenthood and the abortion industry. It is time for Planned Parenthood to face the truth.”