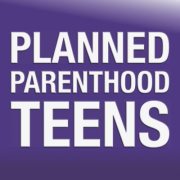 What’s our culture coming to?

In addition, a Facebook page is dedicated solely to “Planned Parenthood Info for Teens.” As of September 24, 2012, the page has 21,621 likes. Its most popular week was quite recent – the week of September 16, 2012 – and it seems that the aim to target teens has been reached, at least on Facebook, with the most popular age group of likes being 13-17 years old.

The Facebook page contains posts about asking and getting advice on relationships, sex, etc. As pointed out in an article from LifeNews, teens are taught how they can text questions they have to Planned Parenthood. A video advertisement is featured in the article, as well as on the”Planned Parenthood Info for Teens” page. The video gives an example of a girl texting in, without parental permission or knowledge, and being told she should use the morning after pill, since “the condom broke.”

Also advertised on the Facebook page, and mentioned in a separate article from LifeNews, is a link to MTV Voices seeking to target teens with something called “Sextracredit.” In the second episode, it is advertised that “[y]our favorite sexpert, Francisco Ramirez, is back with a little lesson behind the meaning of the word, S.L.U.T.”

Basically, the episode is telling viewers to see the term “slut” (or S.L.U.T.) in a positive light. This is perhaps not the best advice in the world to give teenagers, but it is still something that Planned Parenthood stands by, as demonstrated by the abortion giant’s advertising links for MTV Voices on its Facebook page. MTV Voices may have “sexperts” such as Francisco Ramirez and Dan Savage – who has a track record of blaming Christians for anti-gay bullying – but just because the term “sexpert” has the word “expert” in it does not mean that these are the people teenagers should be listening to or looking up to.

Planned Parenthood also advertises a link on the Facebook page about how its organization has been further targeting teen girls by answering questions on sex for Seventeen magazine.

Interestingly, two recent Facebook posts consisted of a question asking if any teens had discussed birth control with their parents. These posts were from September 9 and September 12, with only a few responses. Planned Parenthood seemed to break form with these questions, as consulting parents is not something often mentioned or advocated for by Planned Parenthood.

The pages dedicated to teens on Facebook and on Planned Parenthood’s website rarely mention teens involving their parents in important sexual decisions. Examples where parents are mentioned are usually sporadic, such as the birth control discussion post and in a “Dating, Family and Friends” sub-category of their “Ask the Experts” section.

Unfortunately, this is not surprising. Planned Parenthood has had a history of circumventing parent’s rights when it comes to teens – many of whom are minors making their own decisions without the permission, or even knowledge, of their parents. In California, there is concern from some over a Planned Parenthood partnering with the Los Angeles Unified School District. California law does say that teens can receive contraception and abortion without parental notice, but this does not mean that the law is right or comforting to parents.

The point is not so much that it is bad for teens to have information about something as natural as their changing bodies and sex. Appropriate information is not bad. But what is not natural is for teens to receive their information from a source advocating for abortion, giving teens more exposure than they need when it comes to sex, and, perhaps most importantly, circumventing parental rights.

It makes one wonder what our culture has come to.