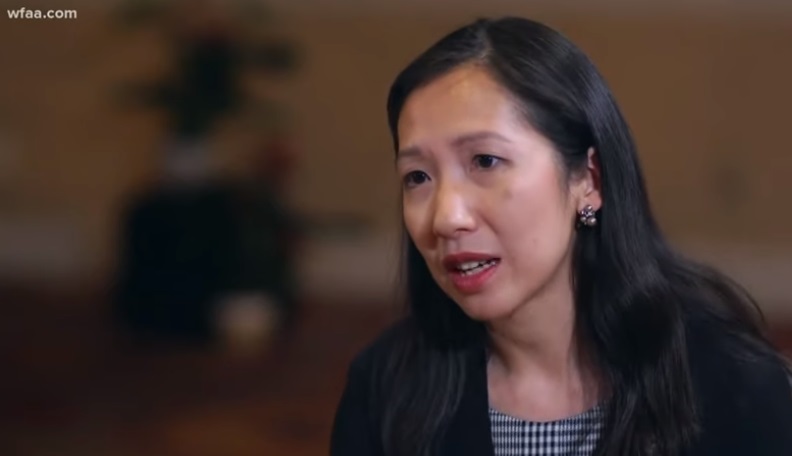 There is more to the story regarding Planned Parenthood’s ousting of its president, Leana Wen, which includes her resistance to prioritizing abortion along with — according to reports — a significant decline in fundraising. Wen’s unexpected departure on July 16 was, as Wen put it on Twitter, due to “philosophical differences over the direction and future of Planned Parenthood.” In a separate tweet,  she said abortion should “not be a political issue but a health care one.”

In a letter to “colleagues” posted to Twitter, Wen expounded further, writing, “The new Board leadership has determined that the priority of Planned Parenthood moving forward is to double down on abortion rights advocacy.”

According to a report published by Buzzfeed, “Shortly after the New York Times broke the news, Wen tweeted she had only just learned of her dismissal and that she and the board had been in the process of ‘good faith negotiations about my departure.'” Reportedly, “Wen and Planned Parenthood were involved in weeks of negotiations around her departure, and the board announced the meeting internally a week ago, according to a source familiar with the matter. Wen was told she could resign, the source said, but she would not.” In place of Wen, Planned Parenthood announced Alexis McGill Johnson, a Planned Parenthood board member, will serve as “Acting President and CEO.” 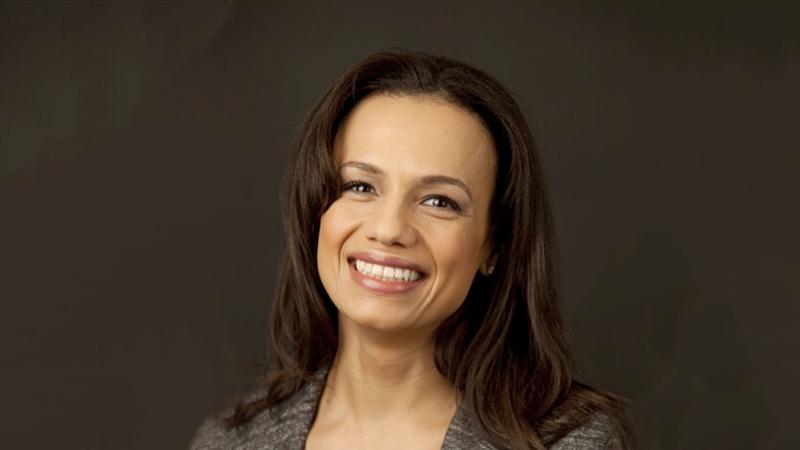 BuzzFeed reports that several sources “named significant management issues as part of the board’s decision to oust Wen,” claiming that, “At one point, Planned Parenthood’s board hired an executive management coach to improve Wen’s relationship with staff”:

… One source familiar with the board’s thinking said her removal was accelerated by the intensifying battle over abortion rights, saying that she was not the right leader in this climate…. Wen sometimes went through Planned Parenthood’s press releases and documents, deleting the word “sexual” from the phrase “sexual and reproductive health,” the source said. She also resisted using the word “abortion” as a stand-alone term, preferring “abortion care” or other phrases entirely…. 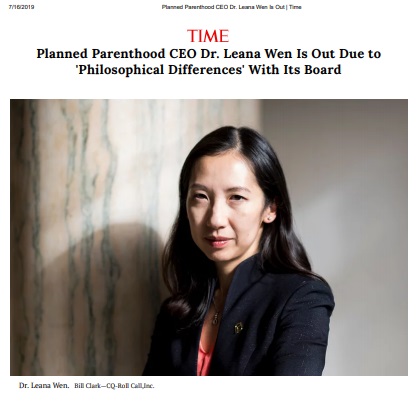 Abortion wasn’t the only issue, according to Buzzfeed. Its sources claimed that Wen “refused to use ‘trans-inclusive’ language,” such as refusing to say ‘people’ instead of ‘women.’ She reportedly told staff she believed talking about transgender issues would “isolate people in the Midwest.”

Wen’s firing after attempting to reinvent Planned Parenthood as a legitimate health care provider isn’t new. In the 1990’s, as Live Action News previously detailed, another president and former nurse, Pamela J. Maraldo, was forced to resigned after she rolled out a “reinvention plan” to focus more on actual health care than on abortion.

Wen’s tweet mentioned “new board leadership” but did not specify who they were. It appears Wen’s “reorganizing” and adding actual health care employees — described by Buzzfeed as “a tight-knit group of people from the Baltimore Department of Health with whom she would constantly have ‘secret meetings’ without other staff” — may have upset the rank and file. 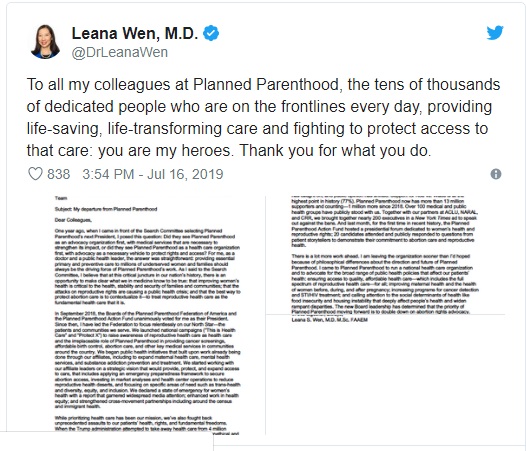 “By the time the group announced its split with Wen… the list of top political staff departures neared the double digits…. A source familiar with the situation told BuzzFeed News that eventually the board looked up and realized nearly all the staff they knew and trusted were gone.”

But Planned Parenthood has issues well before Wen arrived. Live Action News previously documented that, “In 2018, political activist president Cecile Richards suddenly announced her resignation, followed by that of VP Dawn Laguens and VP of Communications, Kevin Griffis, among others.” Another analysis detailed retiring staffers connected to the Center for Medical Progress’s undercover investigations into Planned Parenthood’s role in the trafficking of aborted baby body parts.

Buzzfeed also suggested fundraising suffered under Wen, describing “a significant decline” and claiming that when Wen took the job, she was unconcerned with “the long-term future of abortion access work that had already been going on, saying there was no budget for it.” The source added that employees felt their experience was being ignored, and that employees cried in meetings with Wen.

But Planned Parenthood’s abortion focus should have been no surprise, given its stated plan to expand abortion. Wen seemed on board with the abortion agenda, once tweeting that abortion is the corporation’s “core mission.” And because of this mission, Planned Parenthood has seen decreasing health services and clients, and increasing abortions leading to a steady stream of abortion revenue.