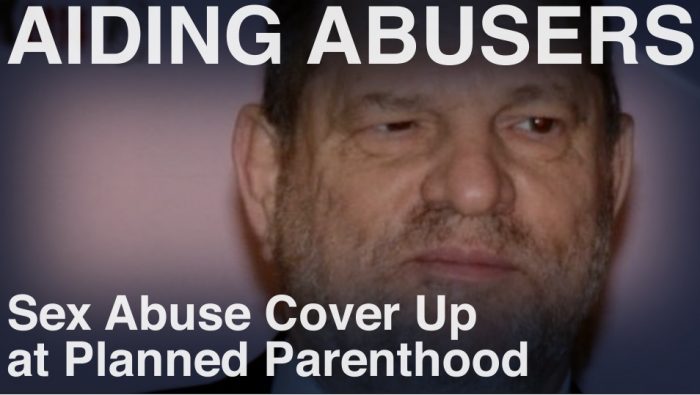 As Hollywood, the media, and others are being exposed for their complicity in covering up the sexual abuse and harassment of women, another organization has flown silently under the radar and remained hidden from the public’s scrutiny for decades, thanks also to the complicity of… you guessed it… Hollywood, the media, and others (like politicians). To this day, despite continually turning a blind eye to victims of abuse, there is an organization which receives cover from these abortion supporters, and it is time for it to end. This organization is Planned Parenthood.

Part one of Live Action’s seven part Aiding Abusers docuseries exposing a systemic, decades long cover-up of child sexual abuse at Planned Parenthood includes an overview of what you will view in each video Live Action is about to release.

The series is introduced by Live Action president and founder, Lila Rose, who says, “Through the TimesUP and MeToo movements, America is calling for an end to sexual abuse in every institution. Whether it’s Hollywood, sports, politics or big media; we’ve heard the names of perpetrators and their enablers — people who knew about the abuse, but did nothing to stop it.”

Rose continues, “But few are calling out one of America’s biggest accomplices to sexual abuse even though there is widespread documentation of systemic sexual abuse cover-up behind its doors. The group is called Planned Parenthood, and they are tax funded.” 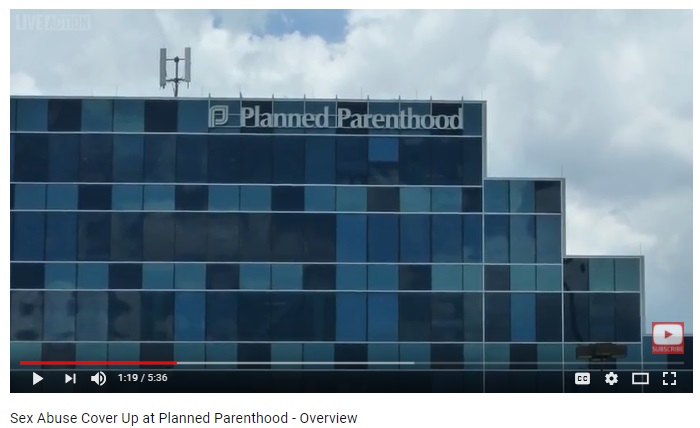 “Through Live Action’s seven part video series,” Rose states, “We will show you how Planned Parenthood consistently and deliberately fails to report instances of child sexual abuse to law enforcement. Our series includes many cases documented in the public record, including lawsuits and news reports of Planned Parenthood’s sexual abuse cover-up.”

In the Recorded Cases video, you will learn how children as young as 12 years old have been repeatedly and mercilessly abused by adult sexual predators due to the same “don’t ask/don’t tell” policies that existed during the Harvey Weinstein, Matt Lauer, Charlie Rose, Al Franken, and Kevin Spacey abuse scandals. And, yet, despite the rise of the #MeToo and #TimesUp movements, Planned Parenthood has yet to be called out for its scandalous cover-ups of sexual abuse.

On the heels of Hollywood’s Golden Globe awakening regarding sexual abuse scandals, celebrities and reporters alike continue to turn a blind eye where Planned Parenthood is concerned. As a result, victims of abuse are often returned to the hands of their abusers by this organization to be raped and sexually assaulted for days, weeks, months and even years to follow. These victims have been silenced, there are no marches for them — and because of the power that this so-called “women’s health provider” wields, few are willing to step forward to be their voice.

Then, states Rose, “We then hear the testimony of former employees and managers that witness Planned Parenthood’s enabling of abuse, first hand.”

In the Former Workers video, interviews with former Planned Parenthood staffers will reveal that these cover-ups are systematic throughout the organization. Sue Thayer, former manager of a Planned Parenthood facility, claims that the organization discouraged mandatory reporting of child sexual abuse. In the era of #MeToo and #TimesUP, why has this organization, funded with half a billion tax dollars annually, been immune from the fallout of complicity in covering sexual abuse?

Catherine Adair, a former Planned Parenthood staffer, recounts how girls would come into her facility with their abusers, but she testified that the abortion facility staff’s attitude was that the girl “was better off with the abortion” rather than reporting the abuse.

Monica Cline, an HIV health educator and Title X training manager, also testified to witnessing this cover-up of abuse. Cline claims that Planned Parenthood’s view of children is distorted and dehumanizing and stems from a false ideology that young people are “like and animals that cannot control themselves” where sex is concerned. She claims the organization has adopted a “don’t ask/don’t tell” policy on sexual abuse, in other words, “if we don’t ask how old her partner is, we don’t have to tell.”

Former Planned Parenthood employee Marianne Anderson also testified to a systemic cover-up of child sexual abuse at the abortion corporation. She described an Asian girl who came to her center with a very controlling man who even talked for the girl. The girl described living in a place with many other young women, little food, and little clothing. Perhaps you and I can read between the lines here, but for Planned Parenthood, no alarm bells were raised and all they saw was the dollar signs for the abortion. 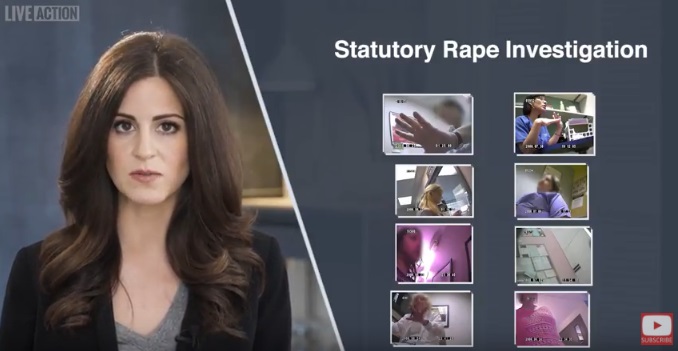 According to Rose, the Aiding Abusers series will also include “two of Live Action’s national undercover investigations into Planned Parenthood.”

Live Action’s Sex Trafficking video recaps another Live Action undercover investigation, this time revealing how Planned Parenthood staffers aided and abetted child sex traffickers. Since the first time this investigation was published, Live Action has learned how, rather than investigate the troubling accusations, members of the media simply published the abortion profiteer’s public relations talking points. This type of complicity machine around Planned Parenthood not only keeps the organization in an unaccountable position of power, but also helps to aid in the continued abuse of child victims.

Next, Live Action will republish an interview with a former staffer who can testify that after Live Action’s investigation into the way Planned Parenthood aided and abetted sex traffickers, the abortion organization lied to the media when it claimed to be “retraining staff” regarding the reporting of these types of horrific abuses. Tragically, just as in many other instances of complicity in sexual abuse, the media has failed to hold this organization accountable and instead has been a willing pawn in its web of lies.

In the final video of the series, “Prosecution,” Live Action will air a shocking interview with an attorney who, in addition to bringing charges against the Catholic Church for its role in covering up the sexual abuse of young boys, also brought two cases against Planned Parenthood for covering up the rape of teenage girls.

Planned Parenthood’s ongoing history in failing to report suspected child abuse should, at the very least, result in the organization losing millions of taxpayer dollars under the federal Title X Family Planning Program. According to a March 2016 report by the Congressional Research Services, reporting suspicion of child sexual abuse is expected of Title X providers. The report stated that “although minors are to receive confidential services, Title X providers are not exempt from state notification and reporting laws on child abuse, child molestation, sexual abuse, rape, or incest.”

Planned Parenthood has violated this requirement time and time again, yet they continue to be funded. After Live Action’s investigations showed the organization potentially covering for sex traffickers, the deputy secretary for the Office of Population Affairs simply reiterated the expectation to report abuse instead of defunding the abortion giant.

A new rule, recently proposed by HHS, does require reporting of sexual abuse. This docuseries is further evidence as to why this is needed.

In total, Planned Parenthood receives half a billion dollars in federal and state tax monies, despite covering for child sexual predators. A state by state summary of the cases can be viewed at Live Action News, here and here. Additional stories can be read here. More examples will be published in upcoming articles of the Aiding Abusers docuseries. The summaries are tragic and show that time and again, young girls continued to be victimized by their abusers after receiving “services” at the abortion corporation.

Live Action is releasing this report as the Time’s Up movement is exposing both sexual abusers and those who help them cover up their crimes — the people who knew about the abuse but stayed silent. While Planned Parenthood has attached itself to the Time’s Up movement, the movement should be calling out Planned Parenthood for decades of enabling sexual abusers.

Call upon Congress to investigate and defund this corrupt organization and demand that the media hold Planned Parenthood to account.