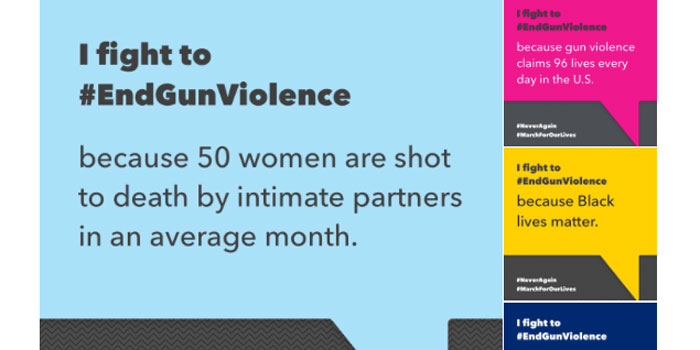 On Saturday, during the March for Our Lives, sponsored by many activist organizations including Planned Parenthood, the nation’s most profitable killer of children tweeted out some terribly ironic statements about the value of life. While the organization has done things like this in the past, the group’s tweet under the #MarchForOurLives hashtag is astonishingly blind:

Everyone has the right to lead a life that is healthy & free from violence. We fight for interconnected issues that affect our patients & communities, including repro health, gun violence prevention, immigration, & racial justice. We’re proud to join today’s #MarchForOurLives. pic.twitter.com/zJGH7eNSFW

Your abortionists violently tore apart 900 children today, some of them old enough to survive outside the womb. All were helpless.

You took money from parents who were scared and struggling and sold violence and death as a solution to their struggles. https://t.co/26R6mp8Db2

“Everyone has the right to lead a life that is healthy & free from violence,” the Planned Parenthood tweet reads. And the graphic accompanying the tweet reads in part, “I fight to #EndGunViolence because gun violence claims 96 lives every day in the U.S.” Why, one would almost think that Planned Parenthood actually fought for the right of human beings to live!

In fact, Planned Parenthood’s own statistics show that it kills nearly ten times as many human beings on a daily basis as this tweet says are claimed by gun violence in the same span of time. Live Action News previously noted, “in 2016, Planned Parenthood reported ending the lives of 321,384 preborn children (down from more than 328,000 the previous year), maintaining the organization’s nearly 35 percent nationwide market share of abortions.” That means Planned Parenthood killed around 881 human beings every day, on average.

While the death of any human being is tragic, Planned Parenthood’s hypocrisy is showing here. An organization killing ten times the amount of people every day — violently, I might add — really has no right to lament such a loss of life. And yes, these children in the womb are people. They’re human. Scientifically, they can be nothing other than human. Not “almost human.” Not “subhuman.” They’re 100 percent human, from the moment of conception. Anyone who argues differently is peddling pro-abortion philosophy, not science.

“Because Black lives matter,” Planned Parenthood said in the graphic displayed with its tweet. Are we supposed to believe this statement, coming from such an organization?

“Black lives matter” to an organization that was founded by a eugenicist who spoke to the Ku Klux Klan by invitation, who recruited the most racist, eugenically-minded board members she could find, whose philosophies actually led to the compulsory sterilization of Black women? (The organization still gives out awards in their eugenicist founder’s name, by the way.)

“Black lives matter” to an organization who was caught on tape happily accepting money to abort Black babies, specifically?

“Black lives matter” to an organization which pushed birth control so heavily to the Black population that multiple Black leaders rose up against it with cries of Black genocide — and in response, the organization recruited Black board members to quell suspicions?

“Black lives matter” to an organization which appears to target the Black community for abortion? Live Action News previously reported:

No, actions speak louder than words. And Planned Parenthood has killed too many Black babies to pretend that their lives matter.

“50 women are shot to death by intimate partners,” but what about women dying from abortion?

For those of us who know that Planned Parenthood is an organization which routinely returns women to their abusers after their abortions, and which ignores women who die from legal abortion, and which seems to ignore the fact that pregnant women are more at risk for death by homicide than any other cause, sharing this statistic seems like an exercise in selective outrage. Even WebMD acknowledges the disturbing trend of the homicide of pregnant women, writing:

… [W]omen actually are more likely to be murdered than to die from any complications of pregnancy — or from any other cause for that matter.

“We found that homicide was the leading cause of death among women who were pregnant … and accounted for 20% of deaths among that group, compared with 6% of deaths among nonpregnant women of reproductive age,” says author Isabelle Horon, DrPH, from the Maryland Department of Health and Mental Hygiene, who conducted a study that looked at pregnancy-associated deaths from 1993 to 1998.

And again, why doesn’t Planned Parenthood ever point out how many women die from legal abortion, including at their hands? Why ignore the fact that abortion kills women, too? Or maybe those women just aren’t as important — or at least, not important to the organization’s narrative.

If Planned Parenthood were truly concerned about violence against women, and against “everyone,” as it claims in its head-scratcher of a tweet, then it would stop perpetuating it against women and their babies.