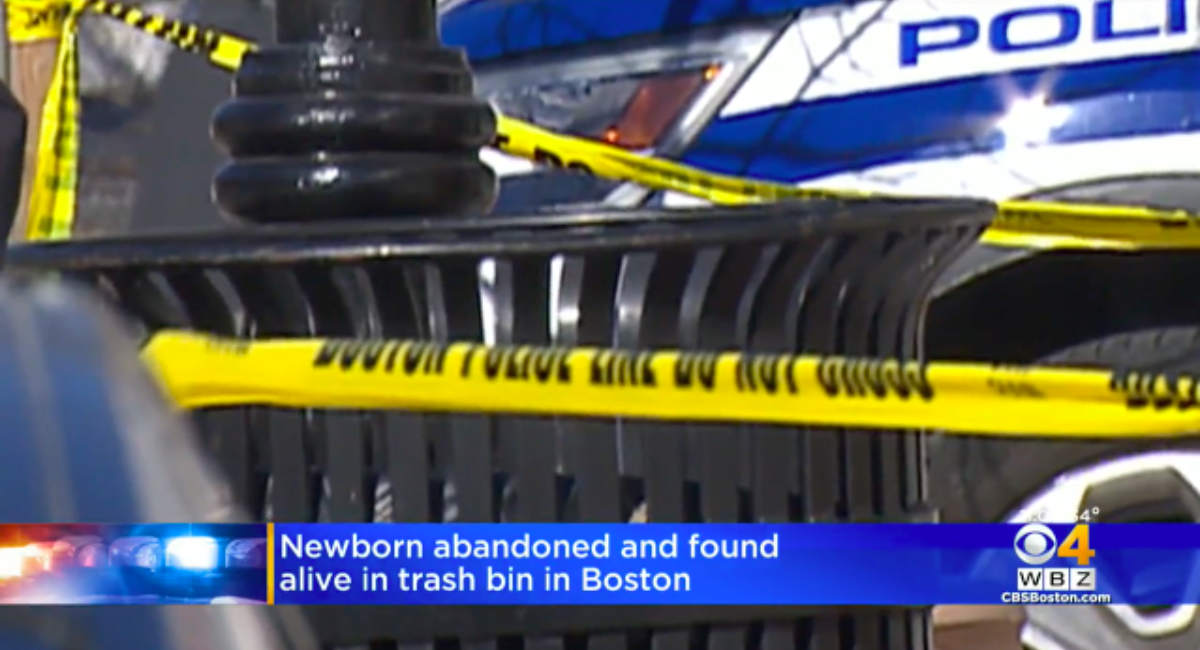 A woman in Boston saved the life of a newborn baby after she heard him crying inside a trash can on Dorchester Avenue Friday afternoon. According to CBS, the mother has been located and both she and the baby are being treated at the local hospital.

Silvana Sanchez works in the area and told WBZ-TV that she heard crying coming from the garbage can. She waved over some paramedics who happened to be nearby.

“To be honest, I was just really nervous so I didn’t want to look inside of it and be the one to find it and do all the stuff,” she said. “You probably don’t even believe me, but it was kind of by luck that EMTs were there and he came over. They ran with the baby to the truck and took him straight to the hospital.”

Thankfully, the baby was still alive. Since 2004, the Safe Haven Act of Massachusetts allows parents to legally surrender newborn infants seven days old or younger at any hospital, police station, or manned fire station anonymously, without facing any criminal charges for abandonment. There is a Safe Haven law in each state with differing rules, though more awareness needs to be raised.

“This is a story that we don’t really often hear,” Renee Marcou, a spokesperson for Baby Safe Haven said. “It’s just really tragic to hear and I think it’s really important for everybody to know that this law is out there and there are people who want to help.”

Sanchez said she is hoping that the baby’s mother receives the help that she needs and that she realizes how lucky she is that her baby survived. “You should be grateful that I was in the right place at the right time,” she said.

Police are investigating the situation to determine why the mother abandoned her baby in the garbage can.