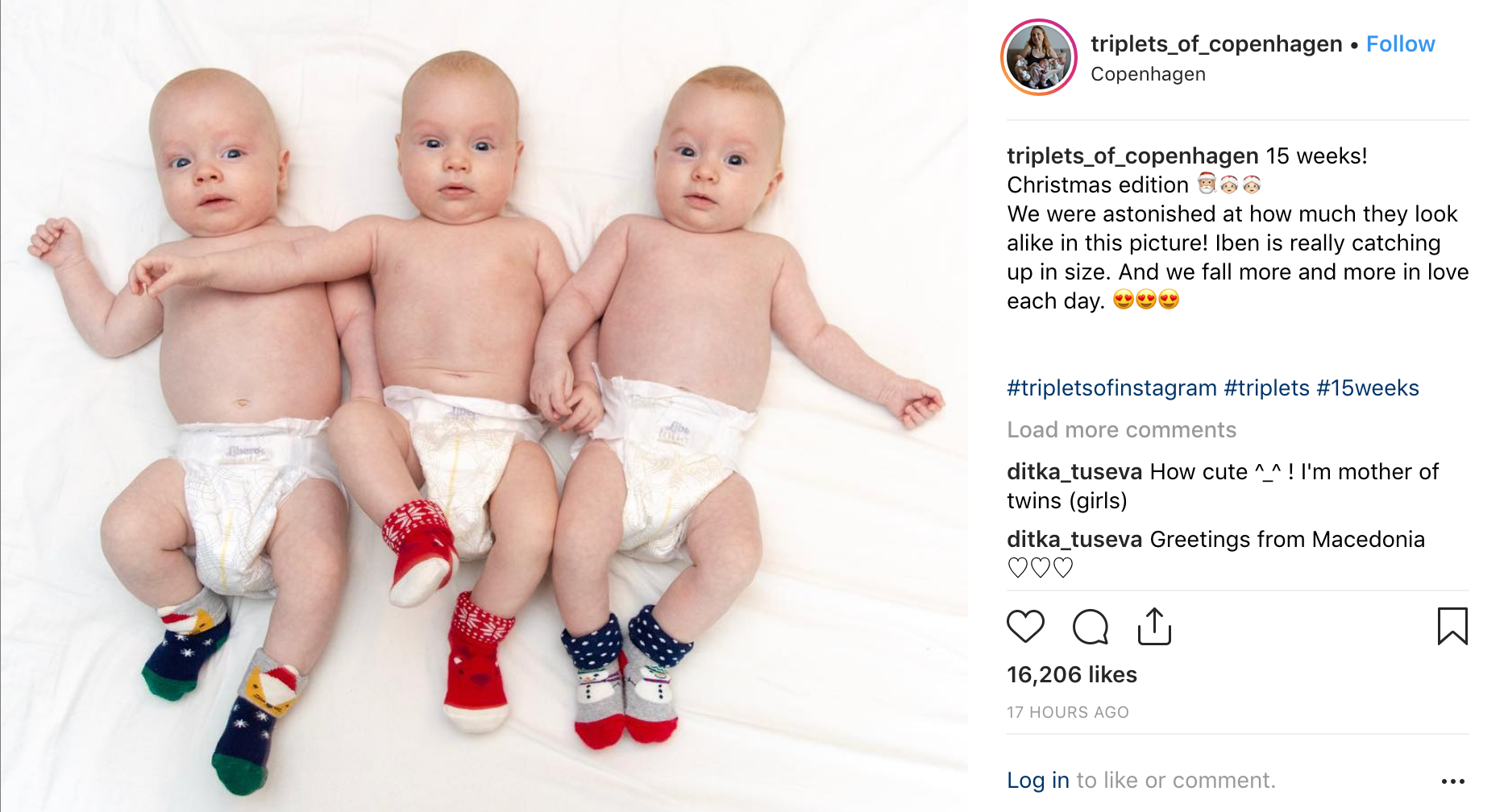 A woman whose baby belly post went viral this year has shared a new post Thursday on her YouTube channel, Triplets of Copenhagen. Maria Nordø Jørstad, originally from Norway, who married a Danish man and now lives in Denmark, shared last year that they were pregnant with triplets and gained international accolades for sharing honest and unfiltered pictures and videos of her pregnancy on her Instagram account. Maria’s real-life posts caused her “follower count [to shoot] up from 4,000 to more than 200,000 in just a week after sharing a video of her bump at 34 weeks,” and she “has been widely praised by mothers for her pictures,” according to an article from the Daily Mail. Behind the scenes, however, Maria and her husband Anders revealed the darker side of the situation that was taking place between them and their doctor who was pressuring them to have a selective reduction abortion.

READ: WATCH: Selective reduction just as horrific today as it was six years ago 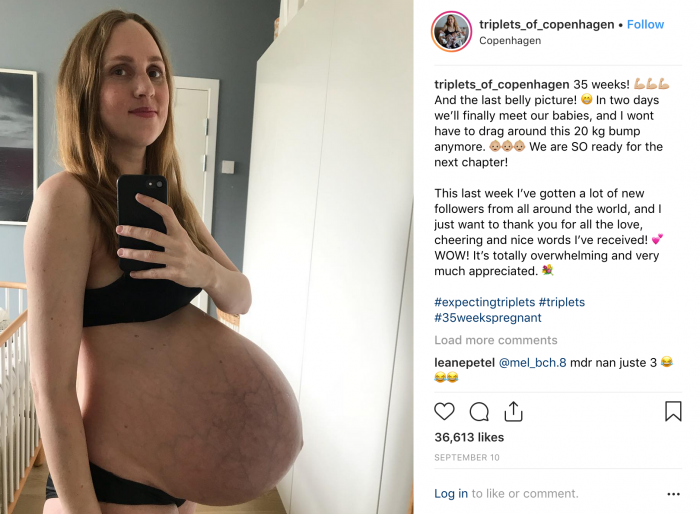 On their video channel, the couple took a question asking if they had considered selective reduction abortion, and they explained that when they found out they were having triplets, immediately, the possibility of “removing[ing] one of them” was presented for them to consider. 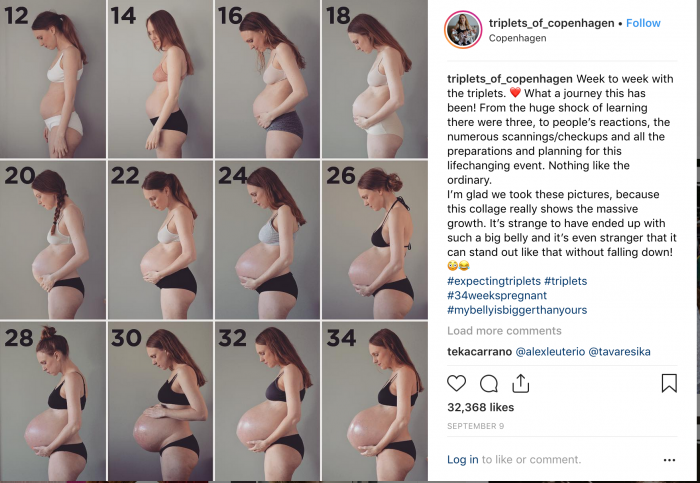 Maria says, “I was really surprised actually to get that question that soon. I found it a bit strange. I was taken aback.” She describes her shock at discovering she was carrying three babies, how she was “crying and laughing and crying and laughing,”  saying they had to take breaks during the ultrasound appointment because she was “shaking so much seeing those three babies on the screen.” But, she emphasizes, “At the same time, it was really emotional because we saw three babies, three healthy babies, on the screen, next to each other.” Choosing to eliminate one of them, she says, was “never, never an option.” 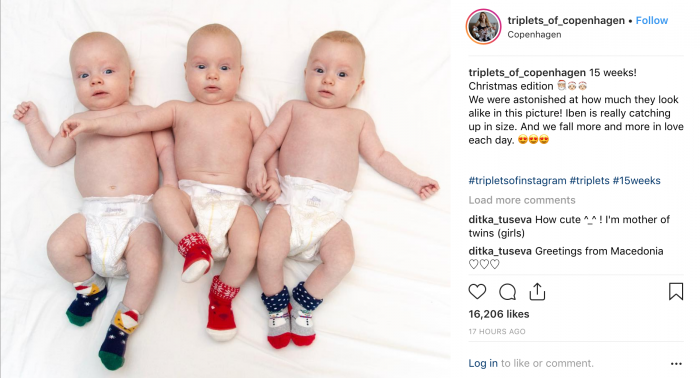 But things took a darker turn two days later at their doctor’s appointment when their doctor did anything but celebrate their babies. Instead he presented them with a laundry list of worse-case scenarios of all the bad outcomes of carrying multiple babies. Anders shares how the doctor said the odds were as low that they would leave the hospital with three healthy babies. But the doctor wasn’t done with his fear-mongering. The couple says he asked them what would happen if they ended up with a handicapped child.

Unmoved, but clearly disturbed by the audacity of the man who was supposed to be a medical professional, the couple held their ground, saying simply, “we were sure in our case that we wanted to keep them all.”

Watch as the couple tells their story: