It’s the 11th hour for Senators Lindsey Graham (R-SC), Bill Cassidy (R-LA), Dean Heller (R-NV), and Ron Johnson (R-WI), who have introduced the last chance for an Affordable Care Act (ACA) repeal in this budget year. The plan would also defund Planned Parenthood for a year and restrict health care plans that cover abortions, except under very limited circumstances.

Dubbed the “Graham-Cassidy-Heller Amendment,” it would repeal much of the ACA and replace it with money for the states to create their own plans.

The $1.2 trillion bill, H.R. 1628 (115), which has been at the CBO for about one week, according to the senators, would provide states with block grants instead of Obamacare’s tax credits, Medicaid expansion and cost-sharing payments. It would also repeal Obamacare’s individual and employer mandates and the medical device tax.

In general, Republicans favor giving the states a “block grant” of funding to create their own health care systems. The repeal bill attempts to equalize health care spending by the federal government to states.

These block grants, to the tune of $500 billion, will allow the states to “repeal, repair or keep their ObamaCare programs,” The Hill reports. “If you like ObamaCare, you can keep it. If you want to replace it, you can,” Graham said.

The 140-page amendment explicitly excludes Planned Parenthood and some other facilities which commit abortions from receiving federal money. Listed as “prohibited entities,” the bill describes these facilities as follows:

In short, the Graham-Cassidy-Heller-Johnson repeal bill would prohibit Planned Parenthood from receiving any government reimbursements as long as the abortion corporation is committing abortions. It would also prohibit tax credits for insurance plans covering abortions. 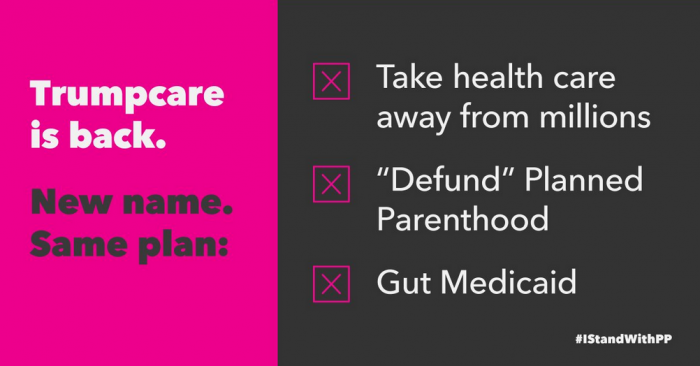 The fact is, millions cannot afford health care under Obamacare either. As TIME magazine reported last year, Obamacare rates soared for those not receiving subsidies:

Yet it’s also true that for Americans who don’t get insurance through work, and who make too much money to qualify for federal subsidies, the cost of health coverage is about to soar dramatically, with premiums sometimes rising $1,000, even over $2,000 for the year. The list below is not comprehensive. It’s just a sampling of states where regulators have already approved some astronomical price increases for individual health plans next year.

That list includes astounding figures such as in the state of Oklahoma:

Individual Obamacare premiums rose 35% in 2015. That sounds pretty steep, but it pales in comparison to the 76% price increase, on average, the Oklahoma Insurance Commission expects for individual premiums in 2017.

The repeal of much of the ACA would allow the states to use their block grants to meet the individualized needs of their citizens, divvying up money based on a formula that takes into consideration the region, population and other important factors. Block grants would prove far more equalizing than the current system that over-pays a handful of states — namely, New York, California, Massachusetts, and Maryland. The Weekly Standard explains:

Not all states would get the same amount of money as they would under Obamacare: States like California and New York would get less, but states like Virginia, Indiana, and Missouri would get more, Cassidy said. Graham and Cassidy argued the formula would fix existing inequities in Obamacare. “Four states under Obamacare get 40 percent of the money: New York, California, Massachusetts, and Maryland,” Graham said, but those four states make up about 20 percent of the U.S. population.

The primary innovation of Cassidy-Graham-Heller is that it would end premium tax credits, cost-sharing reduction payments, and enhanced Medicaid expansion funding by 2020, and offer in their stead block grants, which could be used to provide coverage, stabilize markets, reduce cost-sharing, and provide wraparound coverage for persons in the expansion group.

According to Breitbart, the amendment has the support of 14 governors. President Trump also issued a statement supporting the amendment:

I applaud the Senate for continuing to work toward a solution to relieve the disastrous Obamacare burden on the American people. My Administration has consistently worked to enact legislation that repeals and replaces Obamacare, and that can pass the Senate and make it to my desk. Obamacare has been a complete nightmare for the many Americans who have been devastated by its skyrocketing healthcare premiums and deductibles and canceled or shrinking plans. As I have continued to say, inaction is not an option, and I sincerely hope that Senators Graham and Cassidy have found a way to address the Obamacare crisis.

Despite the increasing support for the senators’ work, the amendment may face an uphill battle as the deadline for a vote on the Senate floor is September 30. On that date, the current fiscal year’s reconciliation bill period expires. However, as the Weekly Standard reports:

In order to even have a bill considered under reconciliation rules, it must get an official score from the Congressional Budget Office, and it could take CBO some time to perform a state-by-state analysis. “We’ve had the thing at CBO for about a week, I’m asking Mitch [McConnell] to help me get a score from CBO,” Graham said Tuesday. According to a Senate aide, Republican leadership has privately made it clear the bill is a top priority.

The amendment has just over two weeks to come to the floor and pass. It needs only a simple majority of 51 votes. If it receives 50 votes, Vice President Mike Pence can break the tie. Upon passage of this bill, America’s top abortion corporation would finally be defunded, allowing taxpayer funds to be redirected to clinics that actually serve the health and medical needs of women, children, and families — all without continuing to aid Planned Parenthood in ending the life of a new baby every 97 seconds. 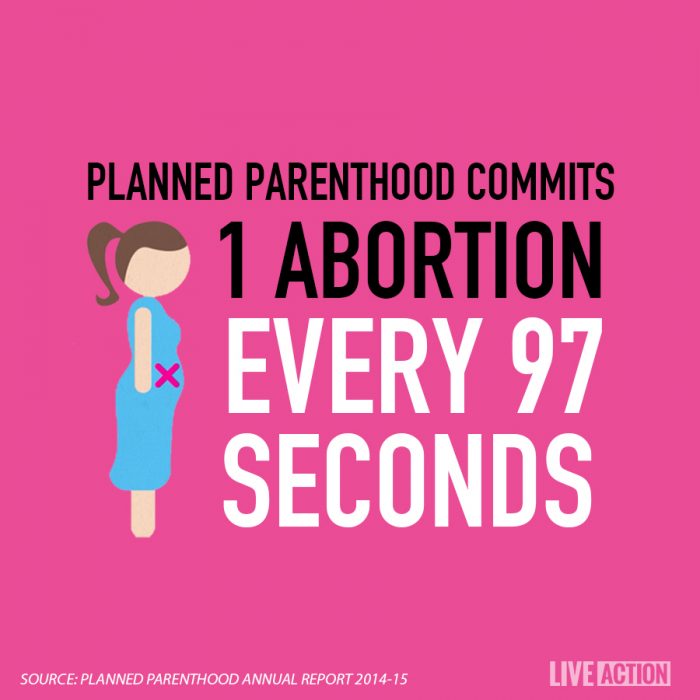