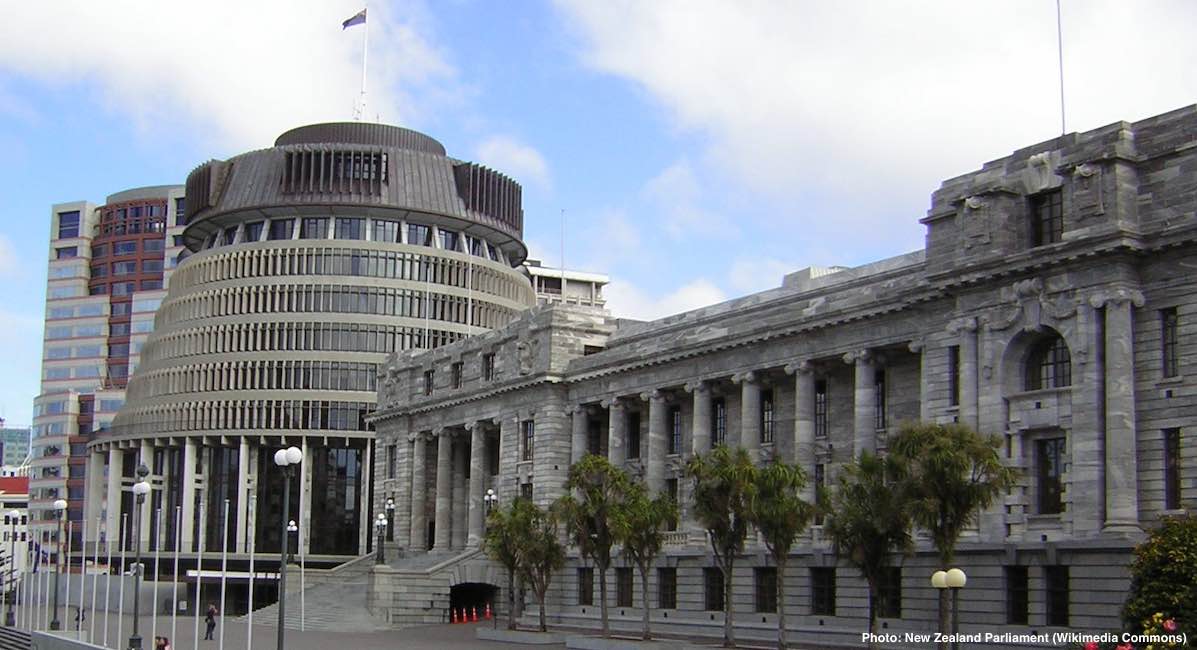 This week, members of Parliament in New Zealand reacted against the proposed legislation to legalize abortion and restrict pro-life speech. Under current law, abortion is legal in cases of incest, fetal abnormality, or when pregnancy poses a threat to the physical or mental health of the mother.

According to Justice Minister Andrew Little, who introduced the bill, around 13,200 abortions are committed in New Zealand under the current legislation each year. Little’s proposal, which has the support of Prime Minister Jacinda Arden, would legalize elective abortion-on-demand through 20 weeks and allow for abortion up to birth in certain circumstances.

Speaking against the bill, MP Simon O’Connor spoke in defense of the human rights of the preborn. “Human rights are for all—they’re for moms and they’re for babies. And where rights start to occur for some and not for others, we no longer have human rights” he said. “The sad irony of this debate is that those who proclaim their love of human rights are actively seeking to remove it from some.”

O’Connor compared denying the human rights of the preborn to other injustices in history, saying, “The best chapters in our history have been when we recognized the innate dignity of others, but our worst have been when people with rights have decided that others should not have them.”

MP Jo Hayes was one of at least two female MPs to highlight opposition to legalizing abortion from the perspective of Māori culture. Hayes described several myths demonstrating the “sanctity of life in memoriam” treasured by her culture, adding, “yet today, all of that seems irrelevant.”

Hayes especially took issue with the fact that up to 20 weeks, abortion would be on-demand under the proposed legislation. She raised concerns about women who suffer from post-abortion syndrome. Hayes has spoken with women who need counseling and support, and says their concerns are not addressed in the bill. Also lacking from the proposal is any safeguard against coerced abortion, which Hayes has encountered when meeting with child brides.

One MP ostensibly in favor of legalizing abortion drew attention to the substance of the bill that has been ignored by abortion activists. MP Louise Upston said she could not support the bill in its current form because she could not agree that abortion was simply a “medical procedure” that does not require different counseling and considerations. Upston shared her experience of unexpectedly becoming pregnant while taking medication contraindicated for pregnancy. When the pregnancy was discovered at 11 weeks, doctors led her to believe her only choice was to end her child’s life because of the severe effects the medications may have had on him.

Despite these dire predictions, Upston did not abort her son, and today he is a healthy 21-year-old. She told Parliament, “When we talk about it being a medical procedure, it’s actually a bit more than that. And if I had trusted and fully put my faith in the medical professionals, I wouldn’t have had 21 years with the most adorable boy that ever has been.”

Upston then shared the experience of her next pregnancy, which sadly ended in miscarriage at 17 weeks. Expressing what every mother who has lost a child to miscarriage knows, Upston stated that she had lost a baby and mourned. Upston suggested that the idea of viability, or a baby’s ability to survive independently outside the womb, should not be what preborn children’s protection is based upon.

MP Simeon Brown stated that he opposes the bill because he has pro-life convictions. He said he could understand the difficult circumstances that might lead a mother to seek abortion. “However,” he said, “the question we must ask ourselves as legislators is how we can care for both the mother and the child, particularly when the child becomes a viable to life outside the womb.”

Brown noted that polling indicates the majority of New Zealanders oppose late-term abortion — and the current proposal allows late-term abortion. Brown stated, “This bill will allow for abortions at late stages of pregnancy in circumstances where there is no medical need other than the loose — and, what I think, undefined — parameters in clause seven.”

Fighting back tears, Brown revealed that he and his wife had welcomed a baby girl four months earlier. Reflecting on this experience, he said, “To have a child is an overwhelming and for some people distressing time. It is our responsibility as legislators to care for both the mother and the child.”

It is inspiring to see MPs in New Zealand standing against the sweeping abortion proposal that would allow for abortion up to 20 weeks for any reason, and up to birth for a range of broadly defined circumstances. As many MPs noted, the legislation does not sufficiently address and protect the preborn child, a living human being whose rights must also be considered.