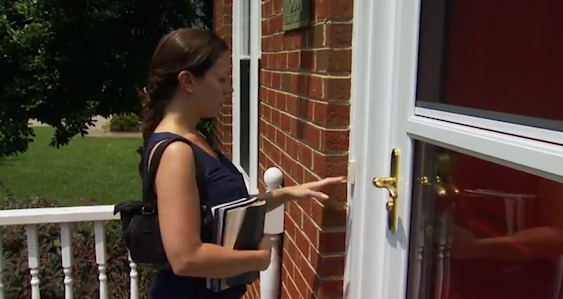 Shining a light on the lie that abortion is something to be proud of.

There’s a new trend among abortion proponents – convince the world that abortion is not shameful. Convince post-abortive women that any guilt they may feel is unfounded. Convince post-abortive women who have kept their abortion a secret that they should shout about it from the rooftops with pride. The Democratic Party line that abortion should be “safe, legal, and rare” backfired. That word – rare – points out that there actually is something wrong with abortion, because nothing that is good and beautiful should ever be rare. Now abortion proponents are trying to counteract that party line by claiming that abortion is nothing to feel guilty about, and certainly nothing to keep “rare.”

Now, a new reality series exposes the truth: that post-abortive women often do feel shame, guilt, and remorse over their decision to abort their children. Sometimes the pain comes immediately, and sometimes it surfaces many years later. The show, “Surrender the Secret,” follows five women on their journey together to post-abortion healing and self-forgiveness. Emmy Award-winning producer Cecil Stokes (October Baby) is involved in the project and had this to say:

Following the success of the feature film October Baby, my eyes were opened to the multitude of women around the country who had buried the secret of abortion deep inside. Audiences flocked to us wanting to share their stories, many for the first time. These women needed a voice and Surrender the Secret gives them that voice.

The show provides powerful testimony to the long-term emotional effects of abortion. The heartbreaking stories will transform you, whether you have a personal experience with abortion or not. “Surrender the Secret” shines a bright light on the lies of abortion, as Kelly, a post-abortive women proves:

The lie [is] that it’s just a procedure …  A Band-Aid and you’re good. And that is not the case. This goes much deeper than a doctor’s visit.

Continuing the lie that abortion is no big deal keeps women locked in their emotions, unable to move on and forgive themselves. Telling women to be proud of something that they truly regret, something that deeply wounded them, only perpetuates their pain. Once again, their raw feelings of failure, like those they felt when they sought the abortion, are being brought to the surface.

Women are just as much victims of abortion as their babies are. As Jill, the group leader, explains:

When people say, ‘it’s not a big deal,’ you want to talk about a lie from the pit of hell? It’s a huge deal. One point five million babies, and it’s not just the babies that are the victims – that’s 1.5 million women every year that walk out of a clinic never to be the same.

Post-abortive women do need to talk about their choice. However, they don’t need to be and shouldn’t pretend to be proud of it. What they need is understanding and acceptance, as well as the ability to heal and forgive themselves. “Surrender the Secret” is a step in that direction for America.

The powerful ten-episode series is set to premiere on KnockTV on January 22, 2013, the 40th anniversary of Roe v. Wade. KnockTV is a Christian internet television network, which will make “Surrender the Secret” available on computers, mobile and handheld devices, and on-demand. You can get a sneak preview of the series by visiting KnockTV.com.