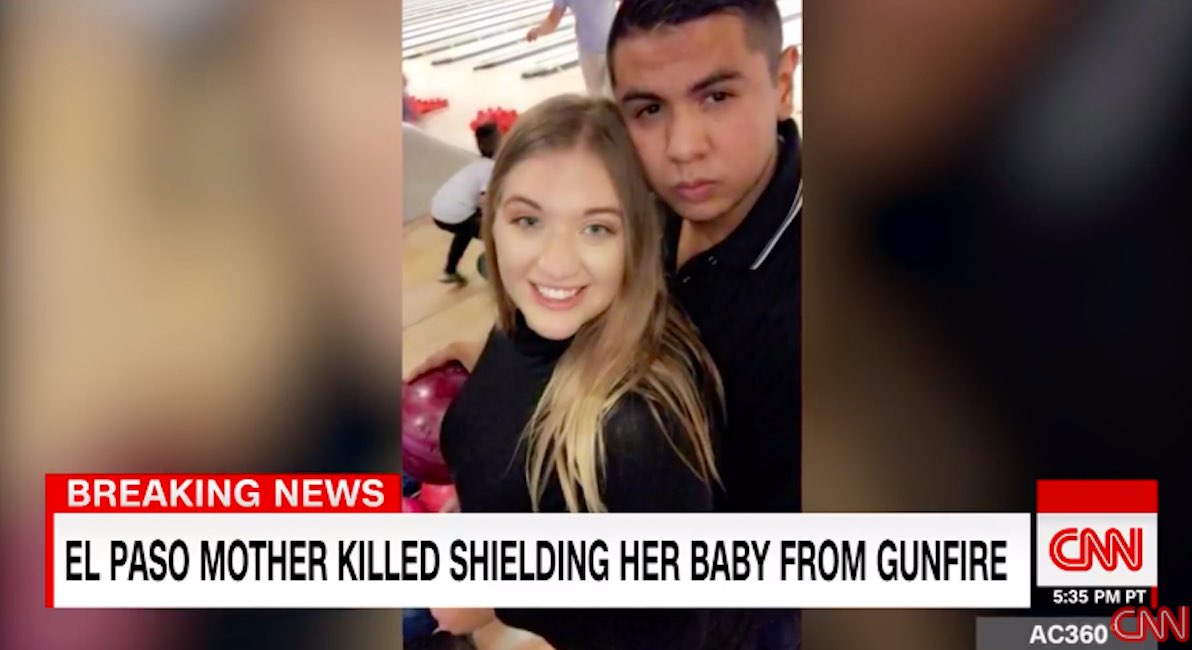 In the horrific aftermath of two mass shootings in one weekend, a story of a mother’s love has touched many people around the world. Jordan Anchondo, 25, was one of the victims killed in the deadly shooting rampage at a Walmart in El Paso, Texas. Her family, stricken with grief at her sudden and unjust death, say it appears in her final moments she thought nothing of her own life and sacrificed herself to protect her infant son. Jordan Anchondo’s cousin, Monique Terry, told the Guardian, “That explains who she was as a person – she gave everything for her baby.”

In a culture that tells mothers it is acceptable to sacrifice their children before birth to advance their own lives, Anchondo’s sacrifice is a reminder that a mother’s love prompts her to defend her helpless and dependent child; to destroy that innocent life would be to destroy a part of his mother. In the unspeakable and hate-filled attack on Saturday, at least one mother sacrificed herself so that her child could live, and her child will carry that legacy of love for the rest of his life.

Anchondo’s sister, 19-year-old Leta Jamrowski, told the Associated Press, “From the baby’s injuries, they said that more than likely my sister was trying to shield him.” She continued, “So when she got shot she was holding him and she fell on him, so that’s why he broke some of his bones. So he pretty much lived because she gave her life.”

READ: Young mother sacrifices her health to save her daughter at birth

The baby, two-month-old Paul, was treated for broken fingers, but according to the Washington Post, he was otherwise unharmed by the violent attack and is now home recovering with his family.

In the hours after the shooting, Anchondo’s family hoped that her husband, Andre Anchondo, was still alive, but they later learned what they feared most: Andre had also been killed. It appears that Andre also died protecting his newborn child, standing between the shooter and his wife. “Her husband was in front of the gunman to protect Jordan, and Jordan was protecting her baby,” said Monique Terry.

Jordan’s aunt, Elizabeth Terry, said of baby Paul, “He’s alive because of the heroics of both his mother and father.” In a statement that no one would contest, she said, “They are clearly amazing parents – self-sacrificing in every sense of the word … It’s a huge loss to the family and a huge loss to the world.”

Editor’s Note: To help the victims and victims’ families in both El Paso and Dayton, Ohio, please click this link.