(Priscilla Krahn) Every mother makes sacrifices. But some mothers go through more than others. This is the story of one of those mothers.

The young woman lying on the hospital bed couldn’t suppress her concern. The baby’s heart rate began dropping and the memories came back. Only eleven months before, she had given birth to a son. During that birth, her son had died. Now, as she lay in the hospital, the doctors and nurses rushed around her.

The young woman’s doctor knew something had to be done. At the rate it was going, the baby would die. She couldn’t let that happen again.

The doctors did a Caesarean section, and the baby was born, strong and healthy. But it wasn’t over for the young mother. During the Caesarean section, the young mother’s heart rate began going up. At one point it went as high as 180, but her blood pressure was dropping. Her blood pressure continued to drop until at one point it as so low it didn’t even register. 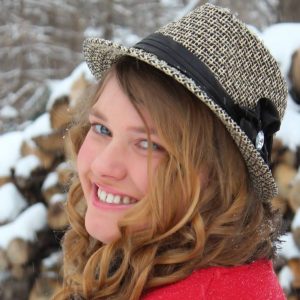 The young mother had a condition known as Disseminated Intervascular Coagulation. In other words, her blood wouldn’t clot and even the tiny IV holes were bleeding profusely. One of the doctors said it was the worst night of doctoring she had ever had. She spent the entire night with her patient, (something she had never done before), and fought for the woman’s life. Not only did this woman have a new baby to care for, she had six other children at home, and a young husband. What would he do if she died and he was left alone with seven kids ages nine-years-old to newborn?

They rushed the woman by air to a bigger hospital. Using pressure pants, medication, and whatever they could think of, they fought for her life. But it wasn’t enough. The young mother was dying.

Her husband took the newborn baby girl from the local hospital and drove down to the larger hospital. After losing a son eleven months before, having his wife on her death bed made this young father pray like never before. He called his parents, and his in-laws and they passed the word along.

Before long, even a radio had announced it, and churches all over the country and neighboring state were praying for the young family. Praying that the mother would live. Praying for a miracle.

The woman should have died. But God heard the prayers of the people that night, and the young mother lived.

Yet, unknown to many, the young mother’s problems didn’t end that day. The stress of that day in the hospital caused lifelong problems. During the delivery, the blood supply to her pituitary gland was cut off and her pituitary glad disintegrated. You many not even know what your pituitary gland is, but it controls several very important functions, including the thyroid gland, which in turn controls the salt concentration in the kidneys. For years, she struggled with dehydration even though she drank plenty. She also struggled with muscle cramps and fatigue. Things that aren’t easy to deal with when you have seven small children.

As her children grew, her side effects didn’t improve. On a few different occasions she was in the hospital severally dehydrated and at the point of death, but the doctors didn’t know what was wrong with her. So every time she ended up in the hospital, they stabilized her and then let her go home.

That woman is my mom. I am the baby that nearly cost her her life. I obviously don’t remember the day I was born, but I do remember the problems that resulted from that. I don’t remember every hospital visit, but there is one I will never forget.

I was lying in bed one morning. I could hear Mom downstairs. I didn’t want to get out of bed because I thought it must be a really bad muscle cramp, but then I heard my oldest sister telling one of my brothers to get my dad. When I came downstairs, my mom was sitting in her chair staring blankly into space. She was delirious. I will never forget the fear that went through me as I saw my mom, the woman that supposed to be strong for me, sitting there in delirium. Dad took her to the hospital, and once more, I was scared that she would die.

They finally got her in contact with a doctor who specialized in her condition. They discovered the missing pituitary gland, and we all realized what a miracle it was that she was still alive. They got her on medication to control the functions of her pituitary gland and thyroid, but it didn’t make her magically better. She still struggles with the side effects of her medicine. She still has blood drawn multiple times a year and her medications adjusted, but through it all, she pointed us to God.

She could have blamed God for the pain, for the problems, and for the fact that she wasn’t able to do as much as she wanted to. She could have blamed me. After all, if I had never been born, she wouldn’t have gone through that. But she didn’t. She did what she could to show us kids that a full life doesn’t mean you have full health.

Despite the medications, the symptoms that still crop up occasionally, and the challenge of raising us kids, she never let her health be an excuse. She knew that she was exactly the way God wanted her, and she took advantage of what she had.

Editor’s note: This article originally appeared at PriscillaKrahn.Blogspot.com and is reprinted here with permission.