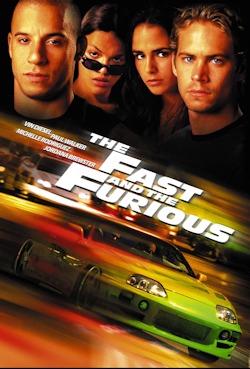 Plenty more where this came from.

Making a sequel creates many opportunities. It allows for continued character development and the exploration of new ideas – and, most importantly, it provides the chance to take a money-making storyline and stretch it out for decades.

Prequels also have a purpose, like telling a backstory that’s only been hinted at.

Previously, I showed how the abortion industry is assisting abusive boyfriends, sex-traffickers, and perpetrators of gendercide to wage a war on women.

I also explained that it helps men like Christian McQueen dispose of unwanted children after their moms have been “pumped and dumped.” The author of such literary gems as “The Ten Slut Commandments” and “5 Reasons Fat Girls Don’t Deserve Love” (seriously, I couldn’t make this stuff up), McQueen provides advice on how you too can succeed at poppin’ bottles and f**kin’ models forever…or at least until your liver fails and you ultimately die alone. You know, whatever comes first.

But before abortion could become a convenient tool for mistreating women, its fans had to fight another war – the War on Children. This involved systematically dehumanizing children before birth (and sometimes afterwards – we’ll get to that later) so as to normalize their killing. The strategy has been largely successful – so successful, in fact, that the War on Children (much like the War on Women) is federally subsidized. What follows is a summary of the rhetorical tactics used to justify the bloodshed and keep it flowing.

As technology has improved, it’s become more and more obvious that a fetus carries the traits  we associate with personhood. Further, these traits become more pronounced the longer a pregnancy lasts. Within six weeks, an unborn baby has a heartbeat, while unique fingerprints can be found just 11 weeks after that. And according to research by Dr. Kanwaljeet Anand at the University of Tennessee, a boy or girl is capable of feeling pain 20 weeks after conception. This last point is especially relevant when one considers that the methods for aborting a child become more gruesome as gestation continues: babies in the second trimester are typically dismembered and pulled out one piece at a time.

To counteract this problem, abortion advocates often rely on three rhetorical tactics. The first is to sidestep the issue and simply ignore the child’s life altogether. This is done by employing euphemisms like “terminating a pregnancy,” “removing fetal tissue,” “exercising the right to choose,” and (the most nebulous of all) “reproductive freedom.” In July, Beth Matusoff Merfish wrote in the New York Times about gathering with other protestors to help disrupt the Texas State Senate after Wendy Davis’s filibuster came to an end. She then went on to recount how her mother, political fundraiser Sherry Matusoff Merfish, had aborted an older sibling in 1972. Beth lauded her mother’s decision to go public with this information, feeling that it was important for the “faces of freedom” to “emerge from the captivity of shame.” Of course, if Beth’s mom had decided to make use of this “freedom” a second time, then the protest that she was attending would have had one less participant. For some reason, this fact wasn’t brought up.

While choice is certainly a malleable term (Planned Parenthood representative Alisa Snow seemed to think that it can sometimes cover infanticide), it still has its limits. So, if you’ve failed to conceal the fact that a fetus is indeed alive, then it’s now time to dehumanize the child with another useful word: “parasite.” Granted, an unborn baby doesn’t meet the biological definition of a parasite, but that’s not really important. The important thing is to portray a fetus as being an inhuman creature with no inherent right to life.

Blogger Bhagwad Jal Park attempted to do this in a 2013 article, when he described the fetus as being “a hell of a lot like a parasite,” prone to “sucking … nutrients out day after day” before “rupturing” the mother’s body. Oddly, Park’s own history of having been an alleged nutrient-sucking fetal parasite went unmentioned. Also ignored was the fact that as an infant, Park would have continued to be wholly dependent on others for quite some time. Thus, it remains unclear exactly when his parasitism ceased and he transformed into something resembling a person.

If both ignoring and denigrating a child’s life fall short, it’s now time to play the trump card of false choice. This is done by itemizing the hardships of single parenthood and then suggesting that these toils can be avoided only by having an abortion. The trick here is to ignore the fact that there are pregnancy care centers to aid women in difficult situations, some of which will offer shelter and assistance with education. Above all, one must not admit that there are long lines of couples who will provide a loving home for a baby, as that would be one choice too many.

Although this narrative has been used to stack up political victories (and body parts) in the War on Children, its efficacy appears to be waning. Polls now show that an increasing number of Americans are identifying as pro-life, with a particularly noticeable shift occurring among young people. Further, the rate of abortion has dropped. And, as more people have recognize that a fetus is neither a “choice” nor a “parasite,” but rather a human being, it makes sense that they would wonder why the government is helping to abort over three hundred thousand human beings every year.

The policies that facilitate abortion on demand are particularly relevant, because it’s in the political realm where the War on Children and the War on Women overlap. Indeed, both of these campaigns depend on abortion subsidies, lax safety standards, and a willingness to overlook criminal behavior. However, that’s a saga unto itself – too long to be told here, but ripe material for a sequel…