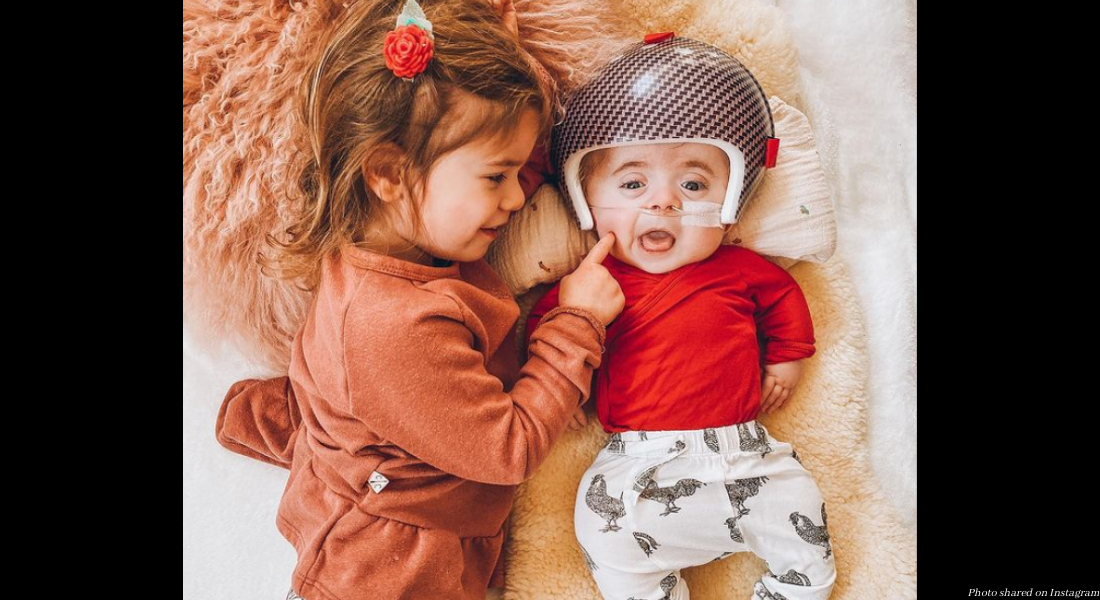 A mom to a baby with brittle bone disease — Osteogenesis Imperfecta (OI) — is raising awareness about the disorder by sharing beautiful, moving photos of her son, Jackson, wearing his cranial helmet in their everyday life.

At 20 weeks, Abby Storey went to get the routine anatomy scan. She and her husband, Jordan, thought everything was fine. But soon after Jordan left, Storey was given bad news. “Baby’s limbs were measuring below the 5th percentile,” she wrote on her blog. “As far as we knew, everything else looked ‘normal’ but we were being referred to a MFM doctor for a more detailed scan. We were nervous, but held out hope for good news in the next scan.”

After meeting with their maternal-fetal medicine (MFM) specialist, the news only got worse.

“They saw a number of normal and abnormal things that just didn’t add up to one diagnosis,” she explained. “He had shortened and curved long bones, no fractures, a normal-sized chest, an abnormally shaped skull, club feet, and correctly developing organs. After a run-down of the scan and a very emotional chat about the seriousness of what they found, we were given a packet on Skeletal Dysplasia from our specialist with a referral for a geneticist. The word “lethal” was all over this packet, and we felt like we’d been gut-punched but also left hanging without many answers.”

By 28 weeks, they had an official diagnosis of OI, and in an interview with TODAY, Storey said doctors warned them that their son, Jackson, might not be able to breathe when he was born, leaving them to deal with the notion of losing their child at birth. But still, Storey said on her blog that abortion was never an option for them. Yet even during pregnancy, Jackson suffered countless broken bones, and when it came time for Storey to have a C-section, they expected the worst.

“We were fully prepared to hear no cry at all from Jackson,” she wrote, adding, “I share this remembering that many other moms I connected with during my pregnancy did not have our same outcome. There are so many precious OI babies who do not make it long after the passing from womb to world. Their mamas are always heavy on my heart. Every one of these OI babies is a miracle, and so very loved.”

On March 17th, 2020, Jackson was born. “I have no idea how much time passed (seconds or minutes) until we heard a cry, but we heard Jackson’s soft little cry and it was the sweetest sound,” she said. “I was thrilled to hear him cry, but still holding my breath until we got word from his doctor on how things looked.” 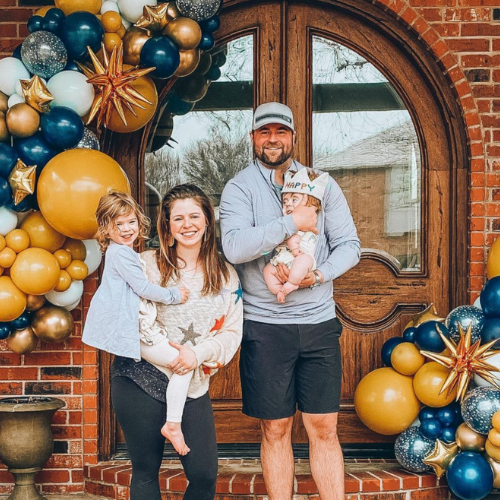 It turned out Jackson had Stage 3 OI, and had numerous broken bones. “He had a lot of fractures, broke his tibias and had a bunch of broken ribs,” Storey told TODAY. “Some people count (the number of fractures an OI baby has at birth), but we really feel like there is no point. He had tons. Countless.”

Eventually, at eight months old, Jackson had to be fitted with a special helmet that separates into two sections, so it can be gently placed onto his head. Jackson, now one year old, is expected to wear it for another three months. Storey said she is regularly asked about the helmet and why Jackson needs to wear it. After spending eight weeks in the NICU, where he had to lay flat on his back to allow his bones to heal, Jackson had developed a new problem. “It was hard to reposition him, even when he was not broken,” she said “He has a massive soft spot in the back of his head, so we always knew we’d want to try treating it with a helmet.”