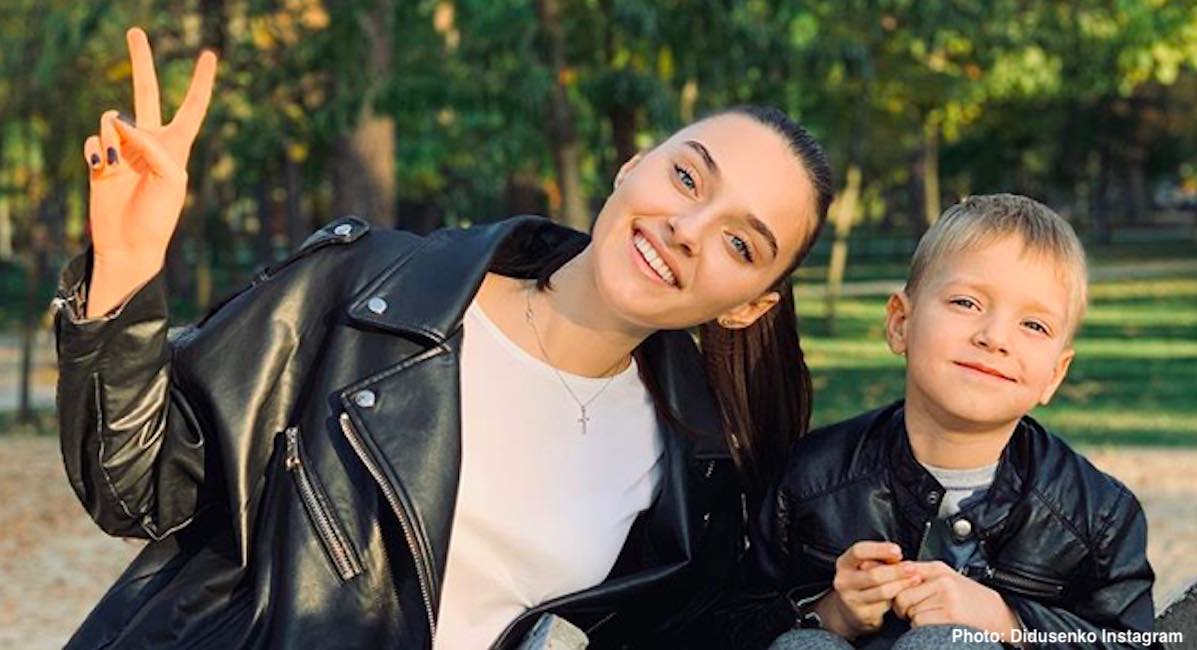 Last December, the newly crowned Miss Ukraine had her title stripped from her and, as a result, was disqualified from competing in the upcoming Miss World competition, to be held on December 14. The reason? She’s a mother.

Veronica Didusenko, age 24, is suing Miss World over what she believes to be serious discrimination. Didusenko is a successful model who travels internationally for her modeling career. She also has a five-year-old son who accompanies her on these trips. Has this stopped her from building her own career, or has building her career stopped her from being a mother? The answer to both of these questions is an overwhelming ‘no’ — yet that appears to be the reasoning the Miss World Organization is using to defend their disqualification of Didusenko.

On October 14 Ukraine celebrates Defenders’ Day🇺🇦 ⠀ Alex and I congratulate all of the defenders of our country! Many of them are women, and this deserves praise, respect and admiration. ⠀ Thank you for our freedom.

According to BBC News, the CEO of the Miss World Organization contest, Julia Morley, explained in an interview, “When you’re trying to get a worldwide organization to agree, you have to look to everyone and they vote as to what is acceptable. Whatever I feel or whatever Europe feels is one thing, what the rest of the world may feel when they’ve got to look at their various religions and various things…. If you can understand we don’t just have our own feelings, we have to consider others. So what we try to do is get a balance.”

Multiple sources state that Didusenko was married at the time of her son’s birth and later divorced. Typically, having children within a marriage is not frowned upon by the world’s various religions.

However, Didusenko did not hear of this larger picture of ‘balance’ painted by Morley. Instead, she claims she was told that she would likely be incapable of maintaining the duties of the Miss Ukraine title and her duties as the mother of a child.

Yuri Ageiev, the head of the Miss Ukraine committee, called Didusenko once the news had reached the committee and explained that attempting to keep up with her Miss Ukraine responsibilities “may negatively affect the upbringing of a small child who will be deprived of his mother’s love,” according to the New York Times.

“Deprived of his mother’s love”? Because she’s a working mother? This attitude is truly shocking.

With this rationale, single fathers — or even married fathers with families — should be questioned whether they, too, can work and parent at the same time. Yet, society seems to take no issue with working single fathers, and never questions whether they are capable of both working and parenting. No, it seems only mothers should be seen as incapable of doing both, and should feel guilt over having careers while parenting.

⭐️MY 5 PARENTING PRINCIPLES ⠀ This list is the product of my daily work of raising my boy. Of course, I am learning how to be the best mom for him every day, and the list keeps growing 😊 but these 5 principles make the foundation for everything I do: ⠀ 1. Unconditional love is my key to effective parenting❤️ ⠀ 2. Strong belief and constant support. I am convinced this is the fundamental principle. Believing in my child is what makes him much more confident in all he does and my support helps him succeed. I hope as a result he will feel the confidence to achieve any goal he sets in front of him. ⠀ 3. Presence, not Presents. The greatest gift I can give him is time together. Kids can do with less of almost anything if it means having more of you. Make time together a priority and be fully engaged in those moments. Especially, I try to focus on bedtime because this is when there are fewer distractions (once he is actually in bed) and it creates the best moment to connect. ⠀ 4. Children will follow your example more than your words. I have got to live the values I am trying to pass on to him. I have to show an example of how to be happy and successful and motivate him to become better every day. For example, we both love seeking out for new knowledge and actively develop new skills. ⠀ 5. Freedom of choice. As parents we must provide our children with an opportunity to make a choice among available options. It is important to give them “the right to vote”, or freedom of choice while developing the sense of ownership and responsibility for the choices they make. A few days ago I was discussing this with a friend and we both agreed that in the times of our childhood many kids were forced to do things they would not have chosen themselves. Often parents make decisions for their children (for ex, higher education degree) instead of listening to what a child really wants.

In the list of qualifications for the Miss World America contest, it is listed that contestants must not have been married at any point, and must have “never given birth to a child.”

Does this mean that even unmarried mothers who have chosen life and placed their children with adoptive families are disqualified, even though they are not currently parenting a child and would supposedly have nothing “holding them back” from other responsibilities? If the wording of the Miss World qualification is any indication, yes. “Giving birth to a child” is apparently a problem.

Knowing this, young women seeking the Miss World title who experience unplanned pregnancies will be under more pressure to abort their children since “giving birth” is an automatic disqualification. This is both anti-woman and anti-child.