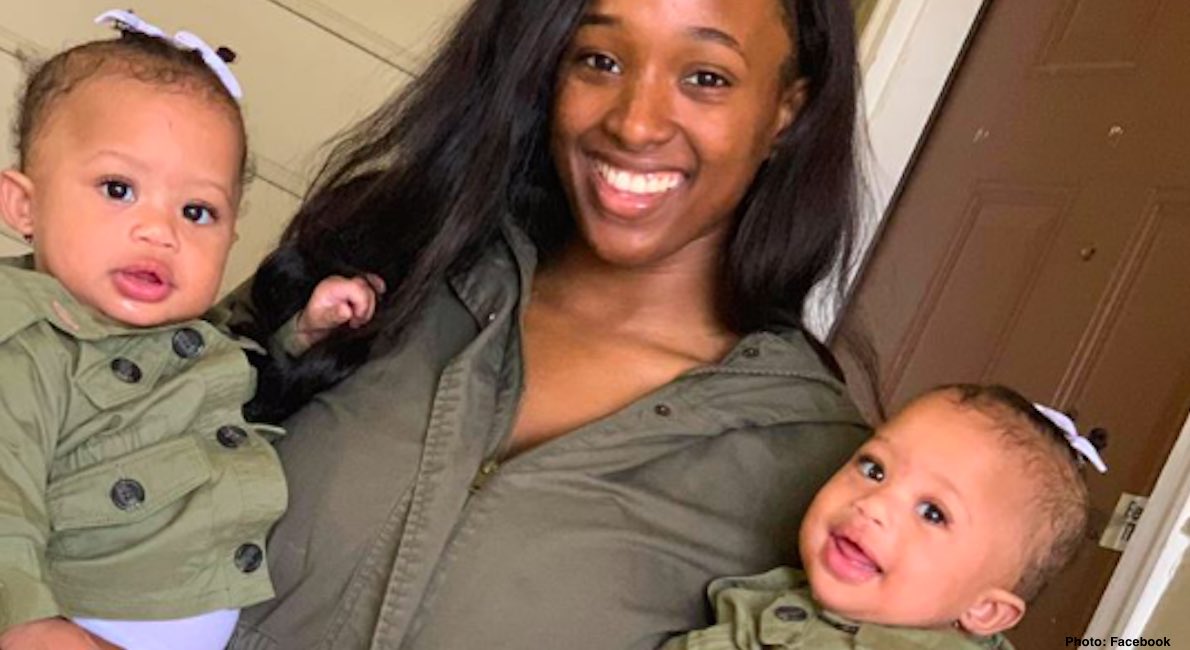 Two major life events at once can be a challenge, especially if the challenge is two degrees. But Montoya Major decided to rise to the occasion, and when the added curveball of being pregnant at the same time was thrown in, she chose life: not just for one, but for her twins — two baby girls.

Major wasn’t expecting her life to be turned upside down when she left her home, family, and support system to pursue a dual degree program at Nova Southeastern University in 2017. It was going to be a tough program, but she knew she could make it. And after she got an unexpected positive pregnancy shortly after starting, and even after seeing two babies on her first ultrasound, she stuck to her belief. 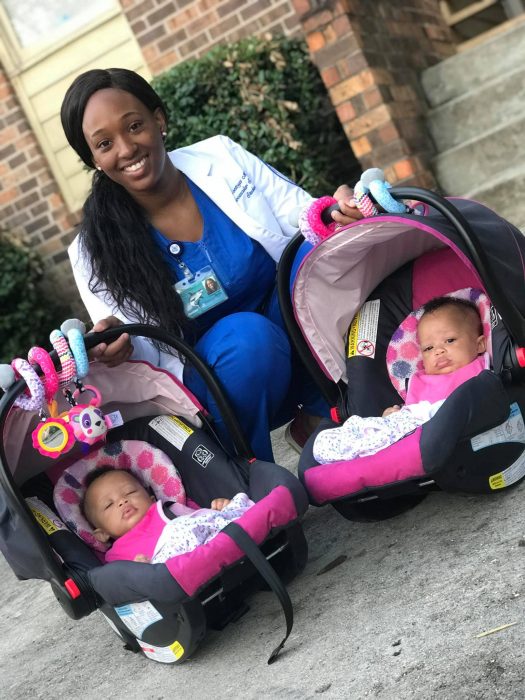 Still, it was a shock. “I cried like there was no tomorrow. I didn’t know what I was going to do with one baby, and now two!” said Major, according to Today. But she said yes to life and immediately set out to create a plan to achieve her dreams. “God has never put anything in my life he knew I could not handle and when I kept asking him for a blessing, he sent me two instead,” she said in a Facebook post.

When laying out her plans, Major sought academic guidance from Nova Southeastern University. She was given two options by her advisor: take a year off from school, or carry on with her semester with no more than three weeks off and no special accomodations for her situation. Instead, she returned to classes only days after having a cesarean section for her two daughters, Makenna and Makinley. “I physically felt and looked terrible,” she said. “I had body aches and incision pain, not to mention the lack of sleep.”

Major also had to deal with the difficulty of being a new mother and the lack of sleep every new parent experiences. She almost lost her apartment after her roommate complained about the noise caused by her newborn babies. And she had to stick to a rigorous schedule of rising at 5 AM during weekdays to drop her babies off at daycare.

But through it all, Major was determined to carry on. “I questioned God many times why was I going through so many trials and tribulations, why was my life so complicated, and why everywhere I turned it was something else drastically trying to stop me,” said Major in a Facebook post celebrating her graduation. “But he had a plan for me, and WE made it! I persisted, I finished. I have achieved not one but TWO degrees with the help of my beautiful daughters,” Major said. “[F]or if it was not for them I have would have never pushed myself to finish.”

Major’s inspiring example witnesses to the fact that motherhood is no obstacle to success, contrary to the lies that Planned Parenthood and other abortion activists propagate. And for young mothers, Major says there’s no need to put dreams on hold because of parenthood. “It is very possible to have a child and pursue your dreams. No it may not be easy but it is achievable. It makes me so upset that y’all just want them to put their dreams on hold while y’all out here doing whatever. NO!! Mothers you can do WHATEVER you put your mind to. Don’t let ANYONE tell you different.”

As her story went viral, Major was touched by the effect it had on other young women. “This is becoming much bigger than myself 😩😭 I just wanted to share my story and now I am inspiring so many mothers to get their education. I’m so happy,” she said in a Facebook post.