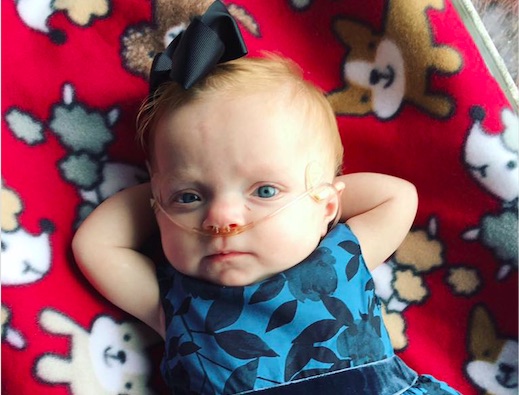 December 23, 2015, should have been a day of joy for Johanna Morton and her husband Craig. It was two days before Christmas, and they were supposed to be getting a glance at their preborn baby. Instead, they received devastating news.

“I was 12 weeks gestation when we were told something was wrong with my baby’s heart,” Morton wrote in a Facebook post for Love What Matters. “I was told she will not survive. ‘You will miscarry.’ I left the office in tears and heart broken. My baby fought her way to 18 weeks as her heart beat slower and slower. With each new appointment seemed to come another diagnosis, another heartbreak and a waterfall of tears.”

None of the doctors Morton saw had ever seen a heart with all of the problems that her baby’s had. They constantly told her she was going to miscarry or deliver a stillborn baby. They told her to “save yourself the pain” and abort.

“I never gave ending the pregnancy a second thought, no matter how many times we were offered,” Morton told Babble.

Despite the constant flow of bad news, Morton decided to focus on joy. She and her family celebrated her baby girl’s life, including throwing a reveal party and a baby shower and decorating a nursery. Even if they were given”just a few hours” with their baby after birth, Morton and her husband chose to embrace whatever time they were given as precious and worth experiencing.

Defying the odds against her, baby Clara Ray, with a heart rate of just 40-50, won out against heart failure and made it to 37 weeks gestation. She was born via C-section on June 14, 2016, and soon after, she was taken to Boston Children’s Hospital where she had her first open heart surgery at just six days old. By the time she was five weeks old, Clara Ray was at home with her family. She has been hospitalized five times since then and received even more diagnoses.

Still,”She is a Miracle,” writes her mother. (Babble shares the story behind Clara Ray’s name here.) 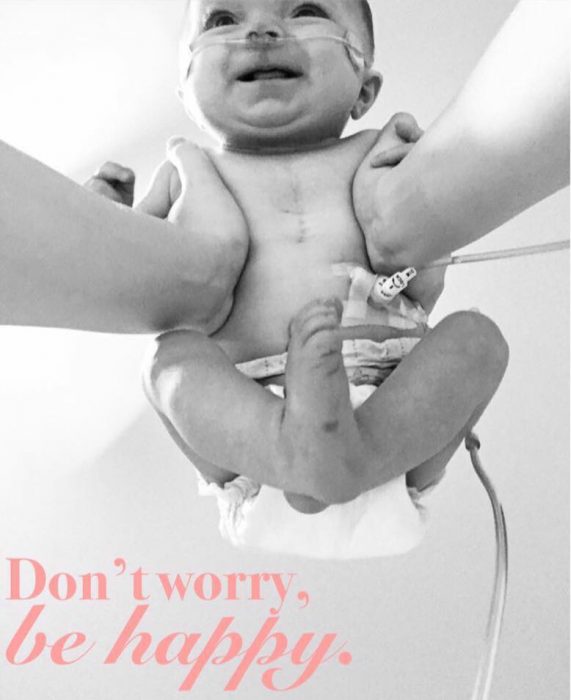 “This little girl has gone through and goes through, more then most would in a lifetime. Everyday she reminds me, We aren’t promised tomorrow. So… Live. Laugh. Love.” Photo via Prayers for Clara Ray Facebook page

Just this month, Clara Ray was able to see snow for the first time — a beautiful moment that was captured on film by her mother and already shared thousands of time on social media.

“Seeing her smile and stare at the snow with wonder, gave me so many mixed emotions,” said Morton. “I watched as she smiled and all I could think was this was the very moment we were told we wouldn’t see!… Time stood still. As if for a moment she wasn’t sick. As if we never have to worry and cry over the possibility of saying goodbye way too soon. My husband and I smiled at each other as if to say, ‘This moment will forever be remembered.'”

The family remains hopeful, enjoying each moment they have together and praying for more miracles for their baby girl.