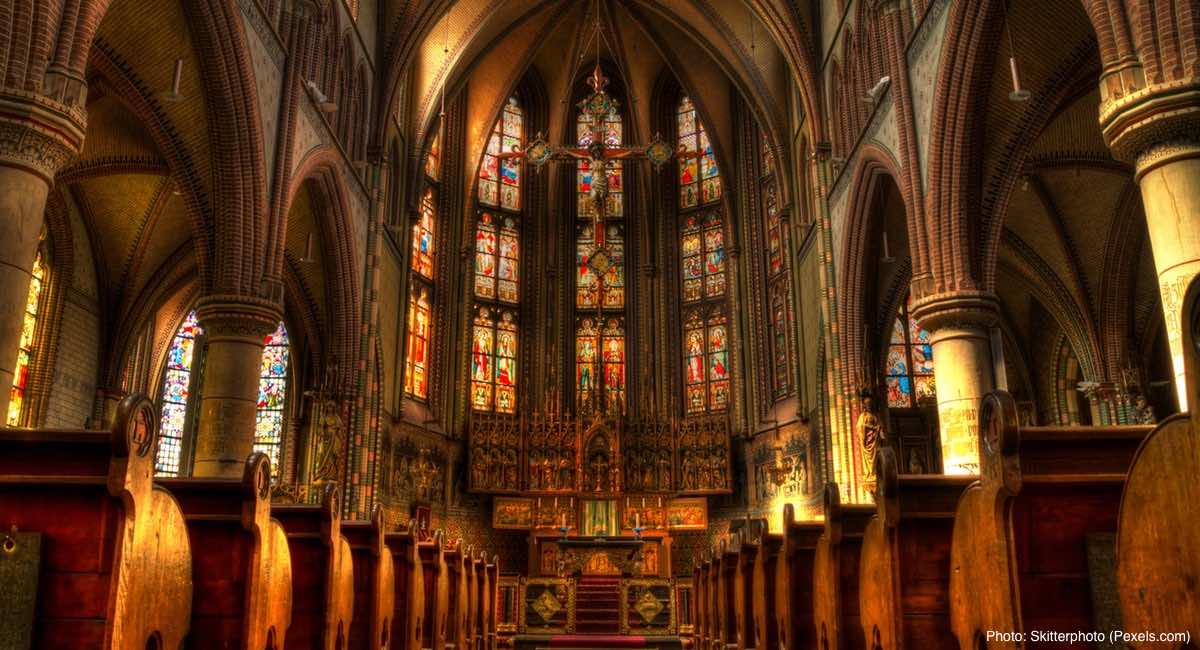 (National Review) During last week’s General Assembly meeting of the U.S. Conference of Catholic Bishops (USCCB), the bishops voted 168 to 55 to draft a “teaching document” on the meaning of communion. The forthcoming statement is likely to include language about whether Catholic elected officials who support legal abortion can present themselves for communion.

The doctrinal committee will draft the document for a vote at the November USCCB meeting, where it will need a two-thirds majority vote for approval. The vote last week capped off days of intense debate between the bishops about how to handle Catholic politicians, including President Joe Biden, who publicly champion legal abortion.

In covering the USCCB meeting, multiple media outlets, including the New York Times and National Public Radio, cited a Pew Research poll from March that surveyed U.S. Catholics. The results indicated that 67 percent of Catholics think Catholic politicians who disagree with Church teaching on abortion should still be permitted to take communion. Similarly, according to the Pew poll, approximately two-thirds of Catholics said that Biden specifically should be allowed to receive communion if he presents himself.

However, it is essential to note that the Pew poll surveyed individuals who self-identify as Catholic, not practicing Catholics who attend Mass at least weekly. Scholars of public opinion are aware that frequency of church attendance tends to be a much stronger predictor of attitude than mere denominational affiliation. Indeed, when one considers the opinions of Catholics who attend Mass weekly, a different picture emerges.

According to the Pew poll from March, a plurality of Catholics who attend Mass on a weekly basis thought that politicians who publicly support legal abortion should be disqualified from receiving Holy Communion, and a plurality said the same specifically of Joe Biden.

Last week, the group CatholicVote released a poll of Catholics who attend Mass at least once a month. This poll, conducted by CRC Research, found that 74 percent of respondents believe that “Catholic public officials who disagree with their Church on serious or grave matters should avoid creating confusion and disunity by not presenting themselves for communion.” It also found that 83 percent of respondents said Catholic politicians who oppose Catholic teachings “create confusion and disunity.”

Interestingly, the CatholicVote poll surveyed an ideologically diverse group of Catholics. A majority of respondents reported having voted for Biden in the 2020 presidential election and said they approved of the way Biden is handling his responsibilities as president. But the poll results also indicate that Mass-attending Catholics tend to want leadership and direction from Catholic bishops on matters of faith and morals.

Contrary to what media accounts suggest, the Catholic Church does not operate as a political entity or a democracy. But it is clear that on plenty of issues, Catholic bishops are likely to be influenced by the opinions of congregants. As a result, it is little surprise that mainstream outlets have been eager to cite the recent Pew poll as evidence that Catholics would oppose a statement preventing Biden or other abortion-supporting Catholic politicians from receiving communion.

But as the bishops draft their teaching document, they should move forward with confidence in the truth and value of Church teaching on the Eucharist and on the sanctity of human life. The results from both the Pew poll and the CatholicVote poll suggest that Catholics who consistently attend Mass desire moral clarity from bishops on both Church teaching and on Catholic elected officials who present themselves for Communion.