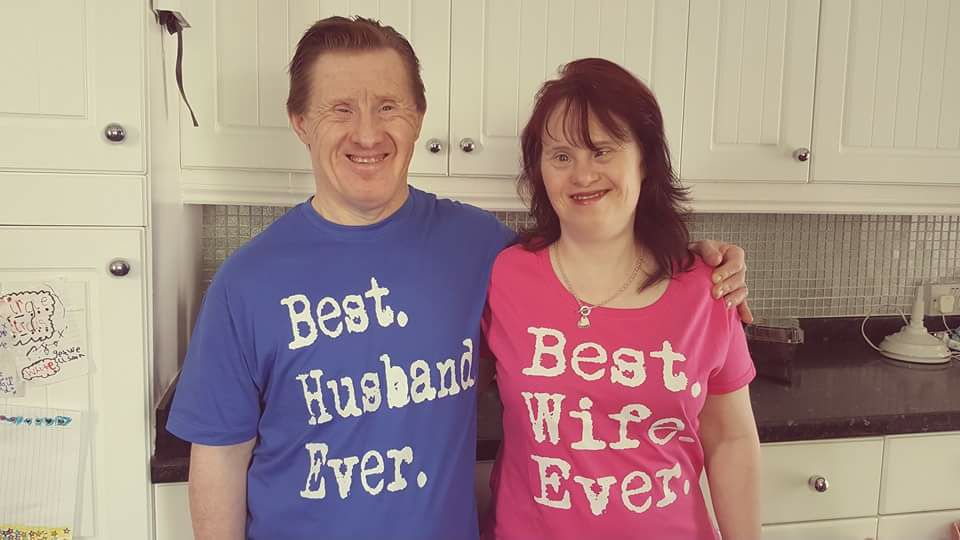 Anything is possible with love and there should be no limitations for anyone, no matter what their circumstances are. These are the words of Lindi Newman, whose sister Maryanne Pilling has been happily married since 1995. But what makes this relationship special is the fact that Maryanne and her husband Tommy both have Down syndrome.

Newman operates a Facebook page celebrating the decades-long love of Maryanne and Tommy. “The day Maryanne met Tommy she came home with the biggest smile on her face. She couldn’t stop talking about him and asked if he could come for dinner,” Newman said, according to the Western Journal. The couple met at a training center for people with disabilities in 1990, and dated for 18 months before Tommy proposed. He couldn’t afford a ring, but Maryanne’s mother, Linda, took him to a jewelry store to find a proper one. The couple was overjoyed to get married.

But not everyone approved. According to the Journal, “many people even criticized Linda for allowing it in the first place. Many said it simply wouldn’t last and didn’t believe that people with Down syndrome could, or even should, be in a serious relationship.”

But according to their family, every day, Maryanne and Tommy prove the naysayers wrong, because their love and commitment to each other have stood the test of time.

“When they walk down the street holding hands they make a statement but in a good way,” Maryanne’s sister says, adding that many people assume that those with disabilities can’t (or shouldn’t) be married. “What keeps their marriage so strong is that there is never a hidden agenda. They love each other with their whole hearts and are honest with one another.”

Maryanne says her wedding was “the best day of my life” and that she was “shocked” at Tommy’s proposal, “but I didn’t have to think twice about saying yes.” She adds, “Tommy and I never argue. I love my husband very much. He is my best friend.”

According to the video below, the married couple is said to be the first with Down syndrome:

Society continues to put limits on people with Down syndrome and other disabilities, and time and again, those people continue to prove society wrong. Many people diagnosed prenatally with Down syndrome, however, are never even given the chance to find the love of their lives… because they are aborted. While various states in the U.S. are attempting to ban abortion on children simply for having a disability like Down syndrome, other countries — like Iceland — proudly claim they’ve nearly “eradicated” Down syndrome. But what they’ve eradicated isn’t the disability itself; they’ve simply killed everyone in the womb who was diagnosed with it. There’s a similar tragedy happening in Denmark, and even pro-life Ireland will allow abortions of preborn children with disabilities.

But there are Maryannes and Tommys who are living life and proving there are no limits to what people with Down syndrome can do. There are people like Mikayla (a pageant contestant), Ryan (a young man with a missionary’s heart), Charlotte (a pro-life United Nations speaker), and Blake (a business owner), who are accomplishing great things. Children like Emersyn,  Wyatt, Ollie, and Edie and are growing and learning and are just beginning to show the world all that they have to contribute.

Every child deserves a chance at life and at happiness, and Maryanne and Tommy are proof that while society may claim to “know best” when it comes to the welfare and lives of those with disabilities, it doesn’t. The only people who can determine what their lives should be are the Maryannes and Tommys of the world.

Editor’s Note, 12/30/20: This article has been corrected to read that Tommy and Maryanne were married for 23 years at the date of publication.