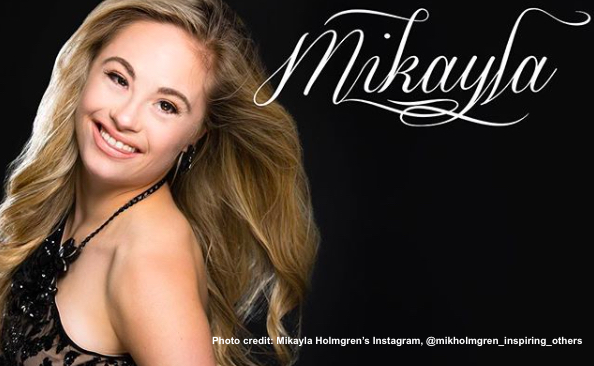 Over Thanksgiving weekend, 22-year-old Mikayla Holmgren competed in the Miss Minnesota beauty pageant. She is the first woman with Down syndrome to compete in a Miss USA pageant.

Sandi, Mikayla’s mother shared that, when Mikayla was born prematurely, doctors told her and her husband that their daughter might never talk or walk. But the parents have always shared an important philosophy they use when raising their gifted daughter:

From the start, my husband and I decided that she’s a child first and the Down syndrome is secondary. … We never said that she can’t do this because she has Down syndrome; instead we asked, “Why not?” 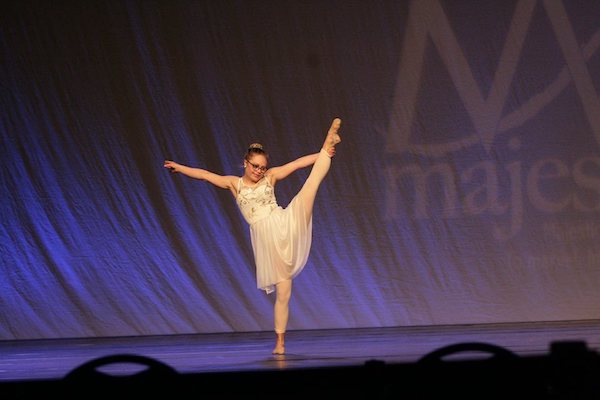 Mikayla Holmgren dances, after doctors said she might never walk or talk.

Denise Wallace, Miss USA’s executive director, told the UK’s Independent that anyone who “spends even five minutes” with Mikayla “knows that she is the right person to be the first to represent a community of people that need to see themselves doing something like this.” Wallace also called Mikayla a “trailblazer,” saying, “she is the epitome of what the Miss Universe Organization strives to look for in contestants — someone who is confidently beautiful.” 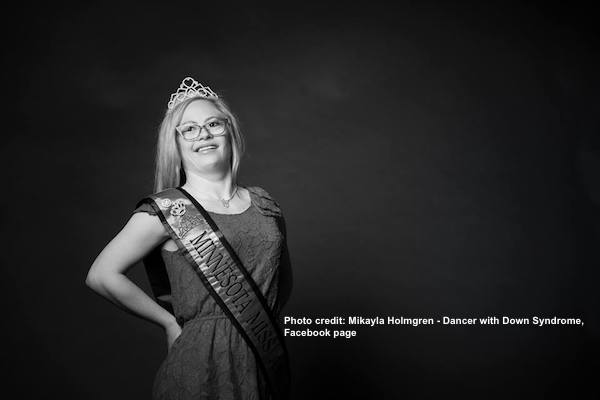 Mikayla did not go home with the crown at Miss Minnesota, but she did walk away with something even more important: the Spirit of Miss USA Award. She also received the Director’s Award.

On Facebook, fans took to Mikayla’s page to write words of encouragement and to share how she has inspired them to fully believe that all human beings are equal and valuable:

There are some people that you encounter in your life that truly inspire you and Mikayla is one of those people. Thank you for being an inspiration to not only other people, other amazing people with Downs but myself as well. Keep flashing that beautiful smile & keep on dancing!!!!!!

What an inspiration and such a beautiful, determined, and talented young lady. I would be blessed to have half of her success in life!

What an inspiration!!! Such a beautiful, talented, courageous young woman!! Thank you for stepping out there and leading the way!!!

…you should have seen me watching this Friday. This was an older dance, which I have seen so many times. But sitting in the audience with an amazing crowd of students, hearing them cheer her on, I was a blubbering mess. … The young people who wanted to meet her afterwards was overwhelming at times. I am just holding on for the ride.

Prior to Saturday’s Miss Minnesota pageant, Mikayla, a student at Bethel University, had competed in other pageants and won one of them. Her mother says she’s already gone far beyond what they dreamed of for her. Mikayla delights in showing the world that her Down syndrome “does not define” her as a person. “With your help,” Mikayla says, “I can help break through walls.”

Next, she’s no doubt coming for that glass ceiling.