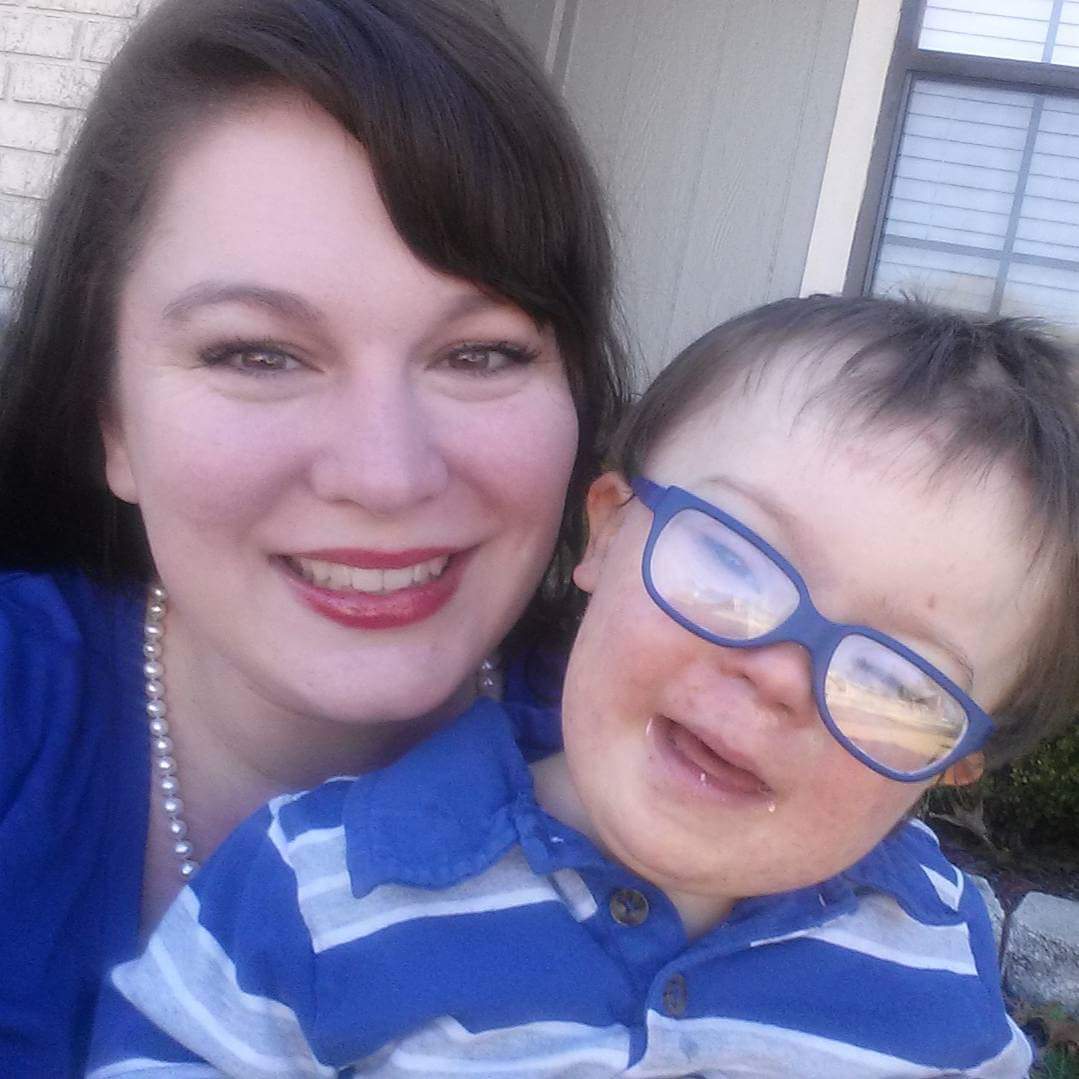 I have a child with Down syndrome. Wyatt will be six years old this year. He goes to school and has family and friends that love him. He fights with his brother and sisters, really loves “Little Einsteins,” and has virtually no health problems. But when I received the diagnosis of Down syndrome, while I was 16 weeks pregnant with him, I grieved. I cried and I mourned and I was scared of what the future would bring. Now, in retrospect, I have no idea why I was so fearful and so sad. Wyatt is a little boy. He’s not a burden or someone who is suffering. So why was I scared? 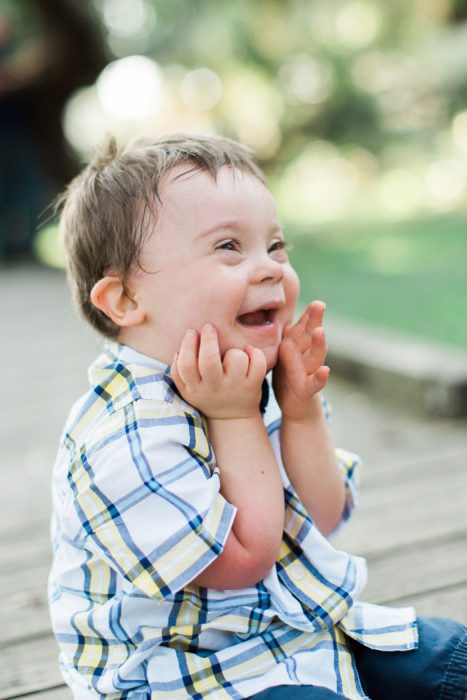 Marcus wrote an op-ed for the Washington Post in which she explained why she opposed the growing laws banning abortion due to reasons of race, gender, or disability — like Down syndrome. Marcus explained that, in her pregnancies, she had an amniocentesis performed due to her age, which gave her an increased risk of having a baby with Down syndrome. Had the test come back positive, she said, she would have had an abortion. “I respect — I admire — families that knowingly welcome a baby with Down syndrome into their lives,” she claimed. “Certainly, to be a parent is to take the risks that accompany parenting; you love your child for who she is, not what you want her to be.” She then added:

But accepting that essential truth is different from compelling a woman to give birth to a child whose intellectual capacity will be impaired, whose life choices will be limited, whose health may be compromised. Most children with Down syndrome have mild to moderate cognitive impairment, meaning an IQ between 55 and 70 (mild) or between 35 and 55 (moderate). This means limited capacity for independent living and financial security; Down syndrome is life-altering for the entire family.

I’m going to be blunt here: That was not the child I wanted. That was not the choice I would have made. You can call me selfish, or worse, but I am in good company. The evidence is clear that most women confronted with the same unhappy alternative would make the same decision.

I didn’t welcome Wyatt into our family because I wanted respect or admiration. I did so because of the exact point she made: I love him for who he is, not who I want him to be. That’s what parenting is all about. No one is promised a perfect child, after all, and choosing to take the life of your child because they don’t fit a preconceived notion of what kind of child you want is not just selfish — it’s ableist. And it’s a harmful attitude to have. 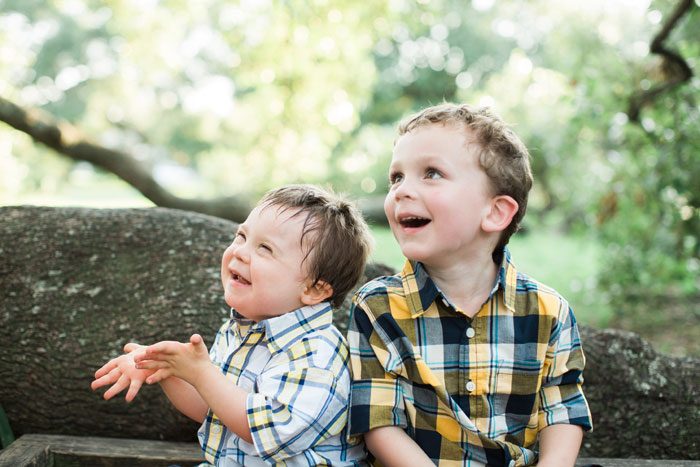 Wyatt and his brother

Marcus seems to understand how this kind of thinking can lead to ethical problems, writing, “Technological advances in prenatal testing pose difficult moral choices about what, if any, genetic anomaly or defect justifies an abortion. Nearsightedness? Being short? There are creepy, eugenic aspects of the new technology that call for vigorous public debate.”

But even with those ethical pitfalls, Marcus refuses to back down, still reaffirming her belief that women should have the “right” to abort babies with Down syndrome. On Twitter, she pointed out that 67 percent of women in the United States choose to do so.

And a reminder: 67 percent of US women who discover their fetus has Down syndrome choose to terminate their pregnancies. They’re not monsters. They’re grieving women making an agonizing choice

No, these women aren’t monsters. But Marcus never bothers to look any deeper into that statistic, evidently not curious as to why women make that choice.

Only 11 percent of women report that their experience when they received a prenatal diagnosis was a positive one; often, it’s presented in a negative manner. 40 percent of junior fellows said their training in how to deliver a diagnosis was “barely adequate or nonexistent.” Women are often given inaccurate and out-of-date information. 13 percent of doctors admitted to emphasizing the negative aspects of Down syndrome in an effort to encourage women to get an abortion. One in four women even said that their doctors pressured them to have an abortion. It’s no surprise, then, that so many women opt to go through with aborting their preborn child.

Negative stereotypes persist about Down syndrome, and so it’s easy to see why a diagnosis, whether prenatally or at birth, is shocking and heartbreaking. People across the world — like Marcus — continue to further damaging falsehoods, such as how Marcus emphasizes the most extreme negative possible scenarios involving Down syndrome. Their life choices will be “limited,” their health can be “compromised,” they have a “limited capacity” for independent living and financial security. It is “life-altering” for the entire family — basically, people with Down syndrome are burdens, and the world is better off without them, according to people like Marcus. 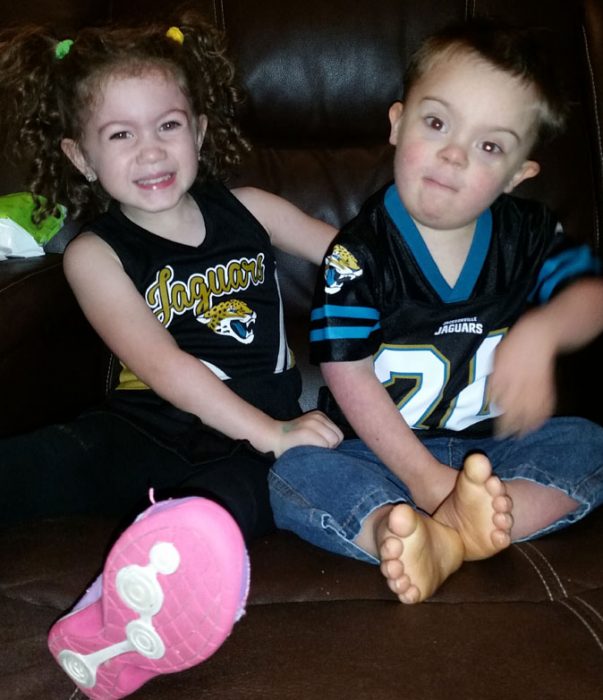 Wyatt and his sister

Marcus’ entire point of view revolves around a Nazi-esque view of life: essentially, that a life is only worth as much as a person can contribute. Someone with Down syndrome is not as likely to become, say, the CEO of a Fortune 500 company or be voted president, so clearly, it’s no loss to anyone if they don’t exist. It’s this worldview that has led to the near-eradication of people with Down syndrome in countries like Iceland and Denmark, and to the message to women in the Netherlands that they have a “moral duty” to abort babies with Down syndrome.

READ: Woman with Down syndrome speaks out against abortion: ‘I have a right to live’

As Marcus’s column expertly demonstrates, ableism is alive and well, and this is exactly why Marcus and so many other women see Down syndrome as something so terrible that it warrants a death sentence. And as long as these ableist attitudes continue to reign supreme, women will continue to choose abortion due to disability. She can try to wrap it in as pretty a bow as she wants, but the ugly truth will not change: this kind of ableism has no place in our society, and abortions due to disability and Down syndrome must come to an end.